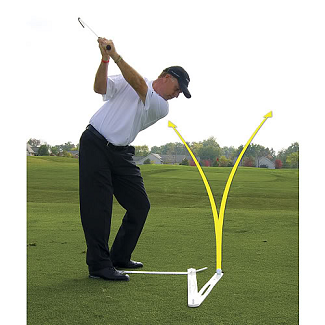 At one end of the PGA Merchandise show each year are the booths and hitting bays of the equipment companies, while at the other end are the fashion firms. In the middle is a little bit of everything, from golf cars to cigars, markers to magnets.

That middle ground is also home for instructional training aids, some with more straps and buckles that a dominatrix’s guestroom. But no matter what one thinks of the products (and over the years I’ve seen many that were just silly), you have to feel compassion toward the creators who sincerely want to help the golf public play better.

Which isn’t to say it’s all hooey. As technology has improved—especially video cameras and computer software—the aids have improved as well. Every golf geek is now overloaded with data and research on the swing and desperately trying to make sense of it all, looking for the holy grail of lasting improvement.

A few days before the show began I attended an outing run by TourEdge Golf, a clubmaker that deserves closer scrutiny for its high-end Exotics line (particularly lightweight woods and hybrids, like the new XCG5, right) and more bargain-priced club lines like Bazooka. For someone new to the game, it’s hard to find a better deal in quality equipment. 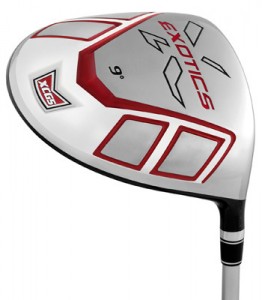 Joining TourEdge was a potpourri of golf companies including Sun Mountain (terrific outerwear, carts, and bags—that’s the new superlightweight KG2 bag, bottom), Innovex and Polara balls, SkyGolf (state of the art GPS devices and clubfitting technology called Swing Labs), and Medicus. This last company made a name for itself with training clubs that featured a hinged shaft (below) that “broke” when the swing went off-plane or otherwise fouled up.

From those humble beginnings Medicus has become a big player in golf training and has made a commitment to identifying what makes a good swing. Two of their teachers—and I apologize for not getting their names—presented what they called the five commonalities of great players, five best practices that Medicus will endeavor to promote with training aids.

I’m just reporting what I heard, but it should get all golfers thinking—and practicing.

1) Steady Head. Make that “basically steady,” as the head shouldn’t move more than an inch during the swing.

2) Weight Forward Coming Down. That is, the body’s weight should move to and stay on the front leg in the downswing. How much? 80-95% of the body weight should be over the front leg at impact. There’s also, they say, a direct correlation between weight forward and handicap. 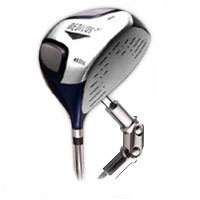 3) Flat Left (Forward) Wrist at Impact. Higher-handicap players tend to break or “flip” their forward wrist toward the target at impact rather than keeping it flat. Think of it this way: The hands should lead the clubhead to and through the ball.

4) The Path of the Sweetspot Is A Diagonal. A little confusing, I know, but this is about swinging on plane and actually thinking of the clubhead moving on a diagonal path, not straight back and through. The only way to bring the sweetspot flush into the ball is from the inside coming down. 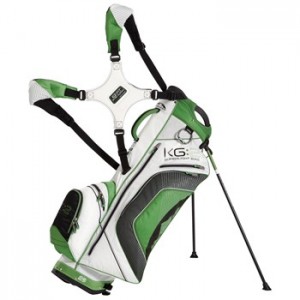 5) The Clubface Controls the Ball. This one amazed me as I’d always heard that the first part of a ball’s flight was the result of swing path and then how the ball moved (left, right, straight) was caused by the angle of the clubface at impact. According to the Medicus research, 85% of the ball’s entire flight is due to the clubface angle at impact.

Medicus is selling a simple training aid—it looks like an overly long yardstick—called Vision Track (that’s it in use at the top of the page). It helps fix numbers 4 and 5, which strike me as the most difficult elements to improve because they are the hardest to see. Hence Vision Track. I haven’t tried it yet, but I’m certainly intrigued. You may be, too.