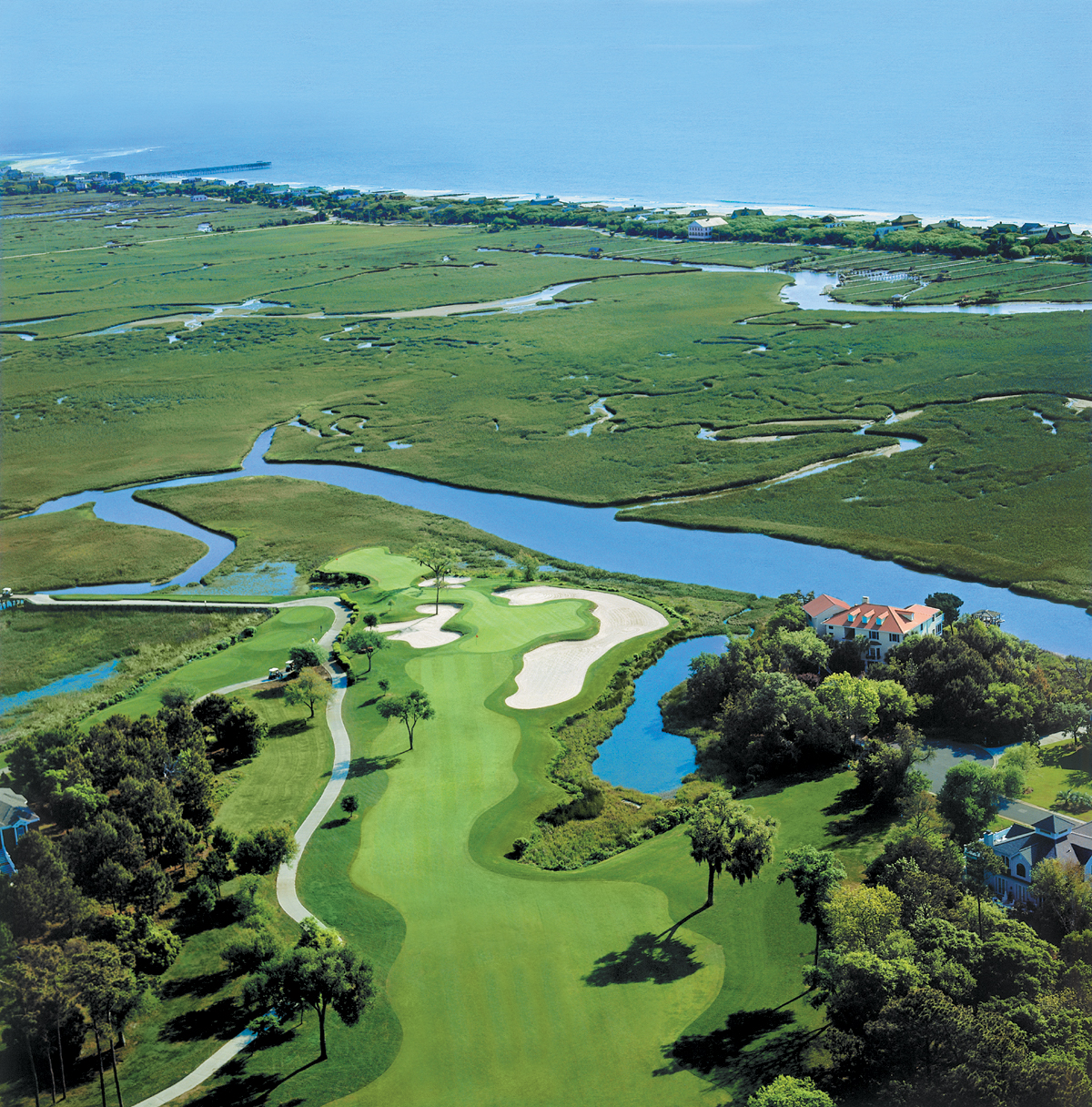 Almost from the moment that the Golf Road Warriors set foot in Myrtle Beach we’d been hearing that Pawleys Plantation would be the most challenging golf course on our itinerary. Once we learned it had been designed by Jack Nicklaus in the late 1980s, we knew why.

A little sidebar here about Mr. Nicklaus, Course Designer. Jack and his company have built more than 350 courses around the world over the last 40 years. Many of them are iconic, such as Muirfield Village in Ohio, Desert Highlands and Desert Mountain (all six courses!) in Scottsdale, and too many to count in Florida. With such a long career, it’s inevitable that Jack and his team would go through some changes in philosophy. But for many, the mere mention of the Nicklaus name conjures up images from the ’80s of tight fairways lined by major-league mounding (what used to be referred to as “a walk down mammary lane”), greens featuring elephant graves beneath and funky swales around, and the need to hit long, high approach shots (usually fades). If you’ve ever been to Grand Cypress in Orlando—where the three nines were built between 1984 and ‘86—you get the idea.

Hence a wee bit of apprehension as our round at Pawleys loomed. Plus, we’d been warned to check the yardage book frequently as much of the trouble isn’t visible from the tee. So while I can’t speak for the entire warrior quartet, I admit to having been a little nervous—at least curious—about what we’d confront.

It’s not entirely fair to call Pawleys Plantation “the tale of two nines.” It’s more the first 12 holes and the big finish. The front nine is on the western part of the 582-acre property, among big trees, fancy homes, and ‘80s-signature Jack effects such as the aforementioned mounding plus narrow hourglass-shaped greens, prominent (but avoidable) water hazards, and fair amounts of sand (including some long, sinuous waste areas). We made the mistake of playing the front nine from the wrong set of tees, a valuable lesson as we were forced to try hitting long approaches to greens we couldn’t hit and/or hold. Some of the fairways were more than generous (the fact that we didn’t hit them isn’t Jack’s fault), others restricted. And the par threes on the front had forced carries over water and/or sand.

Moving one tee forward on the back was a smart move, especially since round about the 12th hole—a long, rightward-curling par four with a waste area edging the entire right side—the ocean begins to make itself known. The wind freshens, the air becomes salty, and I remembered something said to us the previous night about the 13th hole and keeping track of our foursome’s total score.

Coming off the 12th green is one end of a very long and very narrow wooden bridge that heads over a great salt marsh. Lining the bridge (which isn’t quite wide enough for two carts to pass each other, so there are lay-bys to allow traffic to flow) is a long swatch of grass, six-feet-wide at most, with six sets of tees aiming into the marsh and a near-island green. The breeze was up and the flag was whipping, changing direction by the moment, and although we were only about 120 yards away, only one of us hit and held the green—not I. (You can see the 13th green, the bridge, and the thin green strip of tees in the left-middle of the photograph above; the other green just next to it, surrounded by sand, is the 16th.)

From the green, the marsh spreads out forever in three directions, while the course continues in the fourth, first back to the east for a good, long par five into the wind that necessitates two long carries over the marsh (or a safer route tacking around it). Then two left-turning par fours that feel as if they’d been transplanted from the woodsier the front side, a near mirror image of the over-marsh par three (this time downwind at 140 yards), and finally a big, air-it-out par four.

There was plenty of panting and not-so-under-the-breath cursing when we were done. We’d just experienced big-boy golf, calling for long drives (most of the holes had enough room to stray, just not very far) and pinpoint approaches between sand and water and often into the wind. Every part of our bodies knew we’d just gone 18 rounds with a master, especially our minds, which were working furiously for the past four or so hours processing and planning, and trying to will rapidly tiring bodies to execute a variety of shots, high, low, and around.

Pawleys Plantation is not for the faint of heart, but it should be tackled, especially by better players. I’ll stick to describing it as “challenging”: Others are invited to nominate the adjective of their choice.

While at one end of the plantation Jack Nicklaus takes you to school, at the other is a school, run by Mel Sole, that is one of the most highly regarded in the country. Sole—a former player on the South Africa PGA Tour—has been running the Phil Ritson-Mel Sole Golf School at Pawleys since 1991. (Ritson is no longer associated with it.) With his own cozy yet complete set-up at the far end of the Pawleys practice range, Sole offers programs for all levels of golfer. Especially popular is a three-day school, actually three half-days (usually mornings), covering every aspect of playing the game as well as the mental and physical components that many other clinics overlook. It’s also possible to go for just one or two days, and there are special offers to consider: One of the best admits kids for free with a parent’s tuition.

The Plantation is a good place to say, with villas (one-bedroom to three) for rent, as well as dining in the spacious Antebellum-style clubhouse, two swimming pools, tennis courts, a fitness room, and more. Packages deals combine staying and playing.

I’m not sure if being forewarned about the course at Pawleys Plantation was helpful or hurtful. But I came off the course jazzed about those holes where I played well, even if they barely balanced out the others. The challenge is real, and definitely one worth taking.