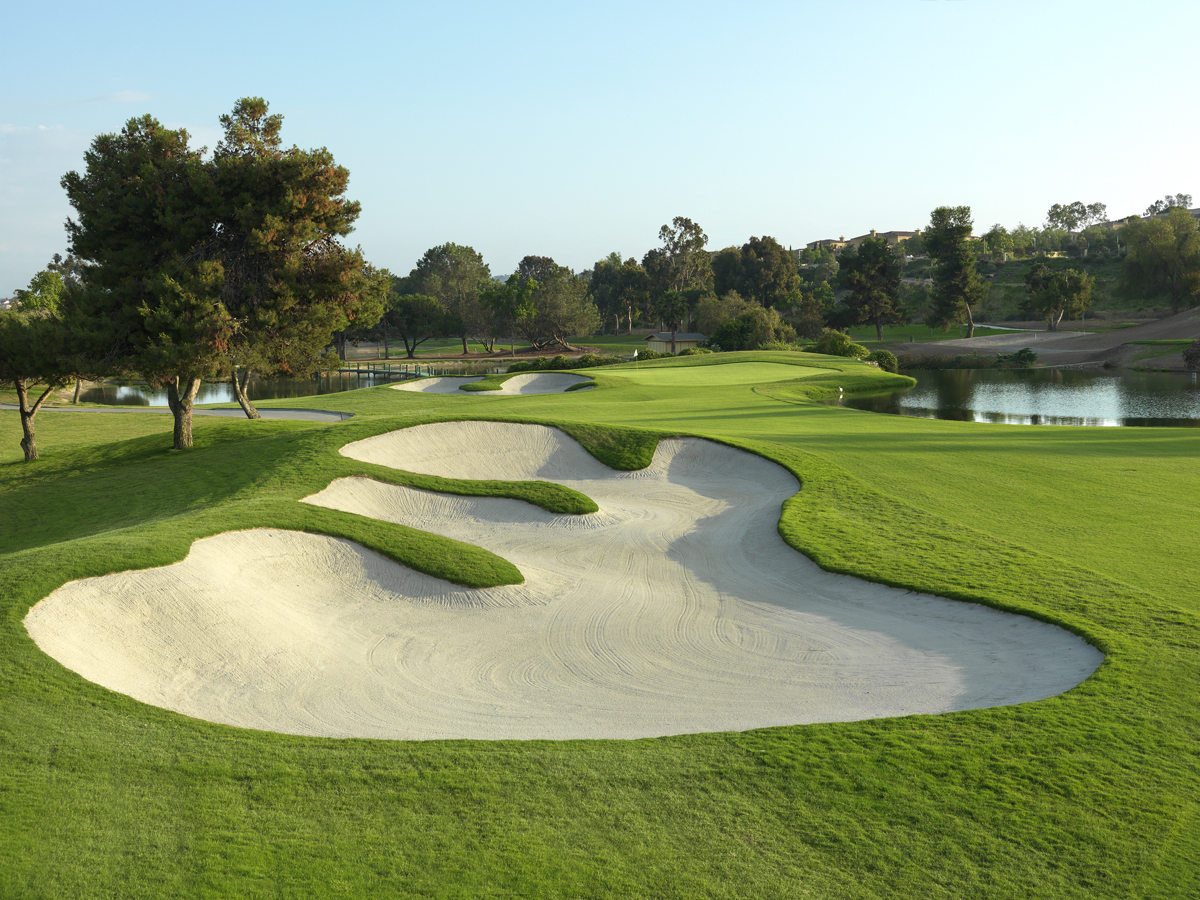 La Costa Resort and Spa, in Carlsbad, California, about 40 minutes north of the San Diego airport, is one of those iconic America golf destinations.

For many years, it was the epitome of PGA Tour luxury, hosting the season-opening Tournament of Champions (under various corporate sponsors) from 1969-98. An event only for winners, the TofC was a favorite with players and their families because of the resort’s other amenities, notably a world-renown spa. I remember back in the 1980s talking to Tour players who said they felt pressure to win so their wives could begin the new year with a few days of pampering. La Costa also hosted the PGA Tour’s Match Play Championships seven times between 1999 and 2006, and beginning in 2010 became the home of the LPGA Tour’s Kia Classic.

Having just indulged in a few days of La Costa pampering (with my wife, who didn’t want to leave), I’m happy to report that the resort is better than ever. Now owned by KSL and almost entirely renovated and refurbished during the past year at a cost of $50 million, it’s all brand new and as welcoming and refreshing an indulgence as you’ll find. Spa, tennis, salon, food, rooms… all great. But especially exciting is an upgrading of the two golf courses to a level exceeding the original 1965 Dick Wilson designs.

The Champions (formerly North) and South courses were reworked by the design team of Damian Pascuzzo and former Tour player Steve Pate (who won the TofC in 1988), with architect Jeff Brauer. All 18 holes on Champions were modified: Highlights include redesigned and repositioned bunkers, altered routing of fairways, new and expanded areas of native grasses, and subtle elevation changes. Four holes are entirely new, every green has been replaced, and more than 30 acres of turfgrass was eliminated. (The photograph above is of the 11th hole on Champions.)

There also are now six sets of tees on Champions, including a wonderful short set called the Family Tees, which allow new golfers, juniors, and others to tackle the course at 4,200 yards: Holes play from 51 to 428 yards while maintaining their key strategic elements. The Family Tees are real fun, even for accomplished golfers who might never think of moving that far forward. They should.

On the South, the four holes closest to the renovated clubhouse—1, 9, 10, and 18—were reworked, while general enhancements were made throughout. Not as challenging as Champions, it’s still a good round with some tighter and tougher-than-expected holes.

A few weeks back, I interviewed Damian for LINKS Magazine. Here’s some of what he told me.

How did you get the job?

We spent 200 hours out there before we even got the job and we did our homework: This is Dick Wilson’s only public golf course in the West, something we brought to KSL’s attention, that it isn’t something you want to plow under. We educated them on Wilson and we crunched the numbers.

We took our cues from Wilson, bringing his course up to modern standards. The course had lost a lot of its strategic value. We wanted to make it more strategic while opening it up to a wider range of players. They knew the course had fallen behind the rest of the resort and that they had to stay competitive in the marketplace. It was important to change the orientation from business groups to a family audience. Our focus, while giving some consideration to tournament play, was to make a fun course that everyone would enjoy.

How about some specifics?

The routing generally stayed intact, but we relocated some greens and tees to create more strategic angles. The biggest changes were with the fairway bunkering, making it more dramatic while keeping the scale that Wilson had. He built really big bunkers with dramatic visual impact. We wanted to keep that but we moved some bunkers to make it much more risk-reward. Bunkers are now in places that will make players think whether they want to take an aggressive approach or a more conservative route to the green.

That thinking underscores our entire philosophy. We feel strongly that if we can make players make decisions, to think about a shot rather than routinely grab a club, we’ve done it right.

We took away turf, converting to mulched areas or native grasses. We also spent a lot of money improving drainage: The irrigation system is almost entirely new. We sand-capped the fairways, which provides a better growing medium for turfgrass. The water under the surface is salty, as is the soil, so we put in miles of pipe and thousands of tons of sand, which stays firmer and allows water to move through the soil and get into the drainage system faster.

What about the closing holes?

The last five holes on Champions are now a combination of aggressive holes you can attack and others where you must be more conservative and place shots to negotiate your way through.

We designed the finish so it could change the balance of a tournament. Get careless and you could give a couple of shots back to the field. As an elite player, Steve [Pate] was crucial in this. We made some holes, like number 15, almost drivable, while 18 is a par five you could eagle. But if you make par on 14 or 17, you’re doing well.

In a tournament, these closing stretch will be really fun to watch.