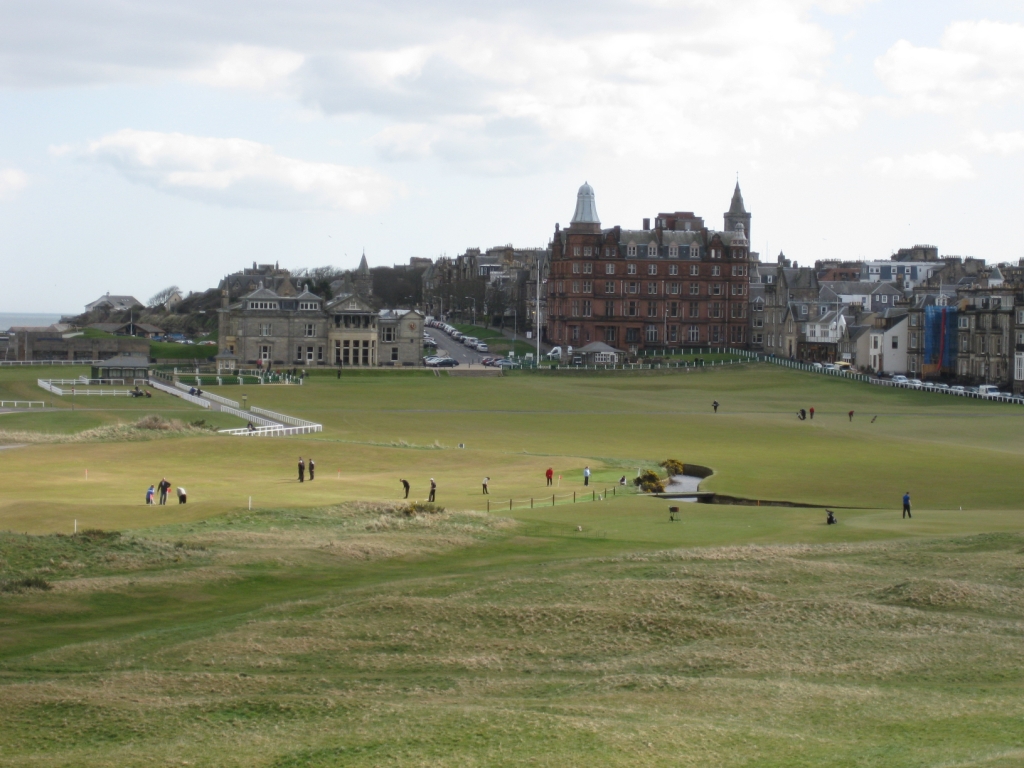 I love this view of the Old Course at St. Andrews while sipping a wee dram of malt whisky neat after a memorable round. The editors at Golf Digest would rather stare at downtown Seattle.

I don’t usually read Golf Digest but today I went to their website to try to look at their rankings of the best courses in the world.

Woops, they don’t have one.

Golf Magazine’s Top 100 lists are the industry’s standard, and while I often disagree with individual ratings, and anyone who looks at the lists will think “this course does not belong or that one should be higher,” Golf nonetheless has become the de facto authority for making the claim that a particular course is ranked 12th in the world, or 27th best public, or the best in Kentucky, or whatever. You will see these ratings often quoted in articles, including mine, just as you might see that a luxury hotel has earned the highest possible 5 Mobil (now Forbes) Stars, or 5 AAA Diamonds, or a restaurant 3 Michelin stars, or another restaurant the highest score from the Zagat Survey. Like these imperfect rating systems, Golf Magazine has become accepted, if not foolproof.

But once in a while I like to see how the two biggest golf magazines differ in their opinions, and I was researching rankings of courses in Australia, so I went to Golf Digest, who also puts out best public and private/public lists with much fanfare and was surprised to find they don’t rank the rest of the world.

That is understandable, as it would cost them a lot of money to get staffers, panelists or assorted golf experts like myself to cover the globe for them.

What’s not understandable was another promising list I found while poking around their website, Golf Digest’s Best 19th Holes. Now there is a topic that gets my heart beating, and one I have equally strong feelings about as course design. But once again, it turns out that their expertise on this topic is quite provincial and limited only to the good old US of A. That’s not acceptable. At least their golf course list is called “America’s 100 Greatest.” There is nothing in this bar roundup to suggest it won’t be global, and Golf Digest does in fact write articles on international travel and even covers the British Open every year. I think if Golf Digest wants to continue to pursue this logic of rating only courses and bars at home, the magazine should be renamed Golf Digest US, or Domestic Golf Digest, or something to explain their lack of global perspective.

Friendly reminder to Golf Digest’s editors: the game after all, was invented in Scotland. The largest golf resort on earth is in China, Melbourne has more great public-access courses than any city on earth, and the only places golf is growing is overseas. Do they know it is even going to be played at the Olympics?

In any case, the list is lame, even by domestic standards.

Maybe I should start my own 19th hole list, here and abroad. Consider these examples: