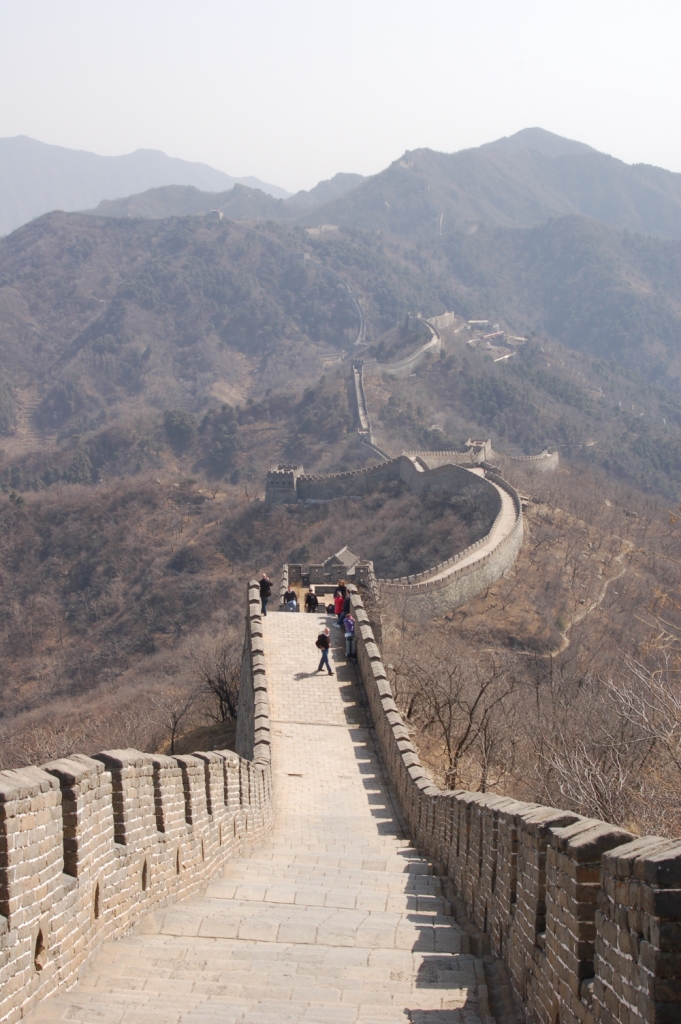 You cannot really see it from space, but you can see it in person on a trip outside of Beijing.

It’s a lie – or maybe more of an urban legend – you cannot see it from space.

Nonetheless, the Great Wall of China, or the Very Long Wall (or fortress) as it really translates, is one of the world’s foremost marvels, certainly on par with the Pyramids or Machu Picchu, an engineering project stupefying in its sheer massiveness. The wall itself is not especially high or especially thick, but it is especially dense, made of lots and lots of rock, and it stretches in a sinewy serpentine manner over all forms of inhospitable terrain, including lots of high mountains. It does this for a total length very recently recalculated to be close to 6000-miles, or a few thousand more than we’ve been taught in school books for the last half century.

It is totally awe inspiring, at in some parts you have to look at it and simply ask yourself, “How the f*ck did they do that?” There is no good answer.

The most popular places to see the Great Wall are outside of Beijing, the closest it gets to a major tourist city. There are two main options (and few more off the beaten path ones), and by far the most popular is Ba Da Ling. Popular as in don’t go – it is the province of tour buses and just about every package excursion, because it is closest, about an hour and a half, from the city center.

Just a bit further (15-30 more minutes) is Mutianyu, which is less crazed and sees far less buses and is the better choice. But don’t expect a pristine, unfettered experience. This is still a major tourist attraction, with an entire makeshift village around the parking lot devoted to trade in “I Visited the Great Wall” t-shirts (this was the only time in my two trips to Mainland China that I was ever offered anything by a street vendor priced in US dollars). The Wall here is up on a mountain ridge, and the antiquity experience is somewhat clouded by the fact hat you ride a chairlift, just like at a ski resort, to reach the Wall. After your walk on it, which can be anywhere from minutes to hours, you come down on an alpine slide. I kid you not. 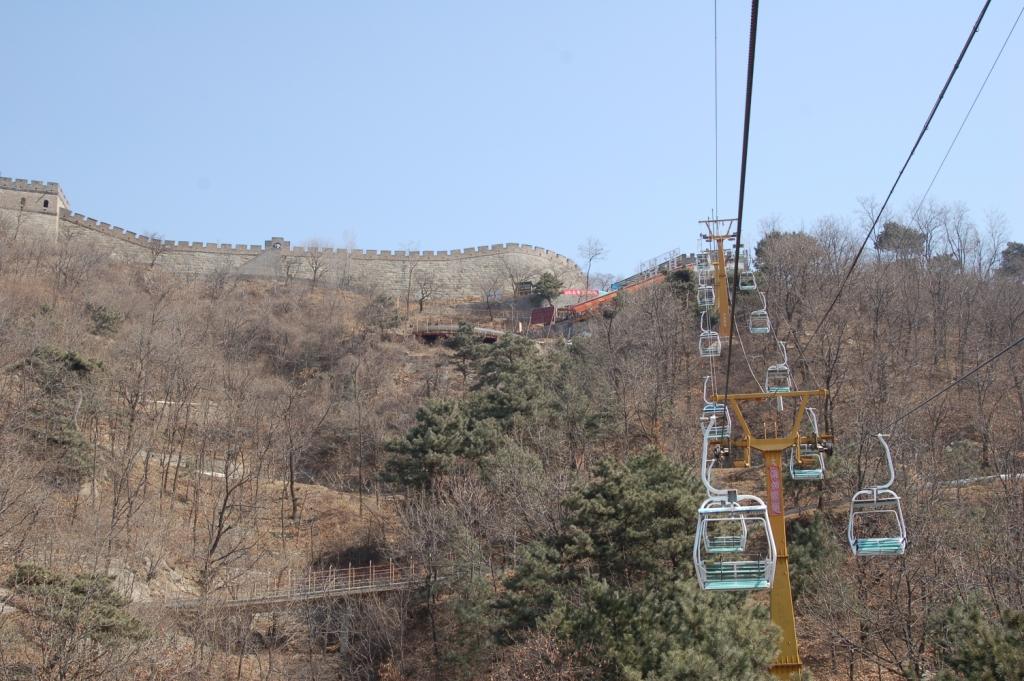 Talk about surreal. To reach the Great Wall, you ride this chairlift from the large parking lot. The tracks below are the alpine slide on which you come back down.

One problem with taking in the Wall is that you really can’t take it in. Unlike a castle, or town or pyramid or monument, you are never seeing more than a minuscule piece, and it is hard to imagine what lies over the next mountain, or how the same Wall looks through different countryside a thousand miles away. In this sense it can be underwhelming, or if you think about the concept too much, overwhelming. But one thing is for sure, it lives up to its name. That is one Very Long Wall.