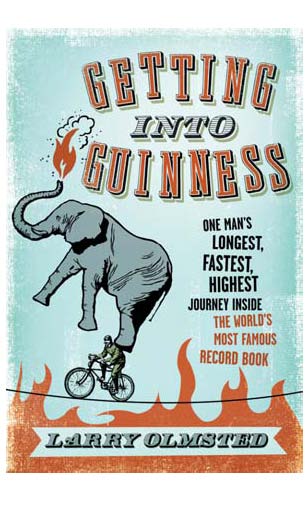 The fascinating story of the best selling copyrighted book in human history, the Guinness World Records - and my attempts to enter its vaunted pages.

First off, I have to say congratulations to famed professional poker player Phil “The Unabomber” Laak.

Now I have to ask him: why did you have to do it?

Sometime yesterday (or the day before, the math is hard), Laak passed my Guinness World Record for marathon poker playing. Six years ago, back in 2004, I had set the standard at 72 hours and 2 minutes. Since then, the record has withstood repeated and vocal assaults*, but in his attempt, which ended today, Laak crushed it, raising the new standard to an unbelievable 115 hours – more than two full days longer than my record.

Playing poker for more than about 40 hours is incredibly difficult under any circumstances, but even more so under the very strict Guinness rules, which require an inordinate amount of paper work, medical supervision and frequent blood pressure and acuity testing, and extremely limited breaks. I have had dozens of longtime poker players come up to me and tell me the record is nothing, they’ve stayed yup for three days plenty of times, only to be shocked when they discovered my “three days,” unlike theirs, did not include cat naps or showers or restaurant or room breaks. It is simply much harder than it sounds. 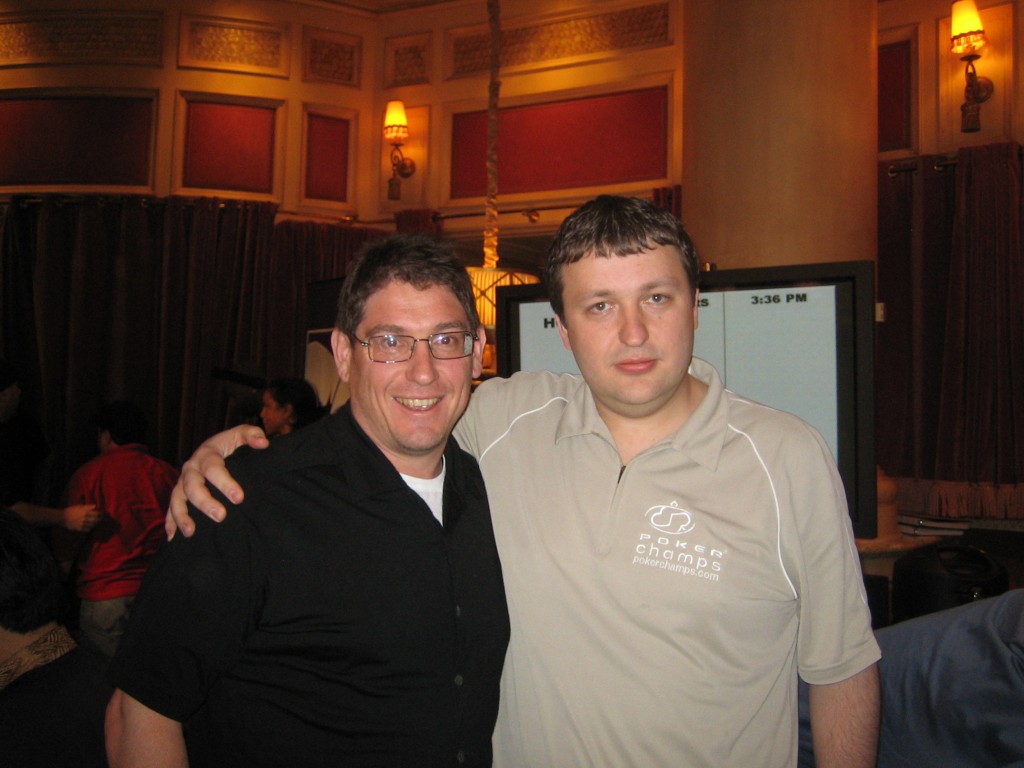 The author in his happier poker days, with crazy Aussie pro Tony G, playing in a Professional Poker Tour (PPT) event at the Bellagio - where Phil Laak just broke his record!

When I set out to set the record, I knew 72 hours would suffice, but my goal was 100. However, when I got to around 50 hours, I decided enough was enough, and I was going to be out of there at the end of the first hand past 72 hours, hence the all important two minutes. I cannot imagine what hour 100 must have felt like, nonetheless 115. Hat’s off to Phil Laak! He even continued making Twitter and blog posts throughout the ordeal, at a time when I could not read the faces of my cards. His success was carried in online poker story after online poker story.

We are talking full blown LSD-style hallucinations, uncontrollable anger, loss of just about every cognitive skill and so on, so it really is hard.

What is harder is the fact hat I could never try to recapture my record anyway, or my last Guinness World Record which was also surpassed, the Greatest Distance Traveled Between Two Rounds of Golf Played in the Same Day, for which I spanned 7496-miles and 36 holes. That is because I was barred from record setting by Guinness World Records. Am I the only individual ever banned from the record book? Maybe. Is it because I was too good at it? Maybe. For more you’ll have to read my book, Getting Into Guinness.
*The Record: For evidence that you cannot believe everything you read on the internet, simply read many of the dozens of poker “news” sites that in the past several years have carried unconfirmed, inaccurate and conflicting information about the poker endurance record. Frequently some poker professional will claim to have broken my record, and the eager poker “media” reports it as such. I can recall several instances of this happening, despite the fact that as soon as I read the description of the activity I knew it wasn’t for real. For instance, one guy played heads up (against one opponent) in an English pub and claimed the record, despite the fact that Guinness rules require the game be in a public and managed casino, be open to public opponents and have strict witness observation. Just to clarify the confusion, yesterday I accessed the Guinness World Records database and confirmed that my record indeed still stands, and is the only official one, at least until Guinness certifies Laak’s attempt, which I am sure they will. So screw the pretenders, and Phil, congratulations on breaking the one true Guinness World Record for endurance poker playing, mine!

One Response to “My Last Guinness World Record Falls!”