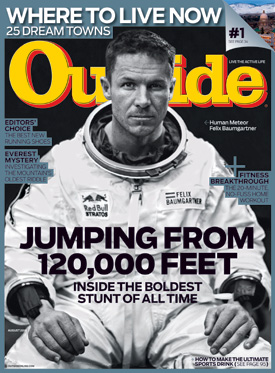 Yours truly takes on golf hating triathletes and the like in this month's issue of Outside Magazine.

In this regards, I am unusual. Most of the people I know who I consider “outdoorsy,” including my ski and bike partners, look down their noses at my beloved golf. They are wrong in this regards, and sometimes even stupid.

That is the gist of my story in the current issue of Outside Magazine, one of my favorite publications to both read and write for. They do a monthly opinion column called The Big Idea, and mine is in defense of golf as a sport, and an argument for why it should join the pantheon of outside sports they cover. After all, it is just about the only sport, including skiing and climbing, that always is played outside, and it is far more active and challenging than say, fly fishing, which they write lovingly about all the time. 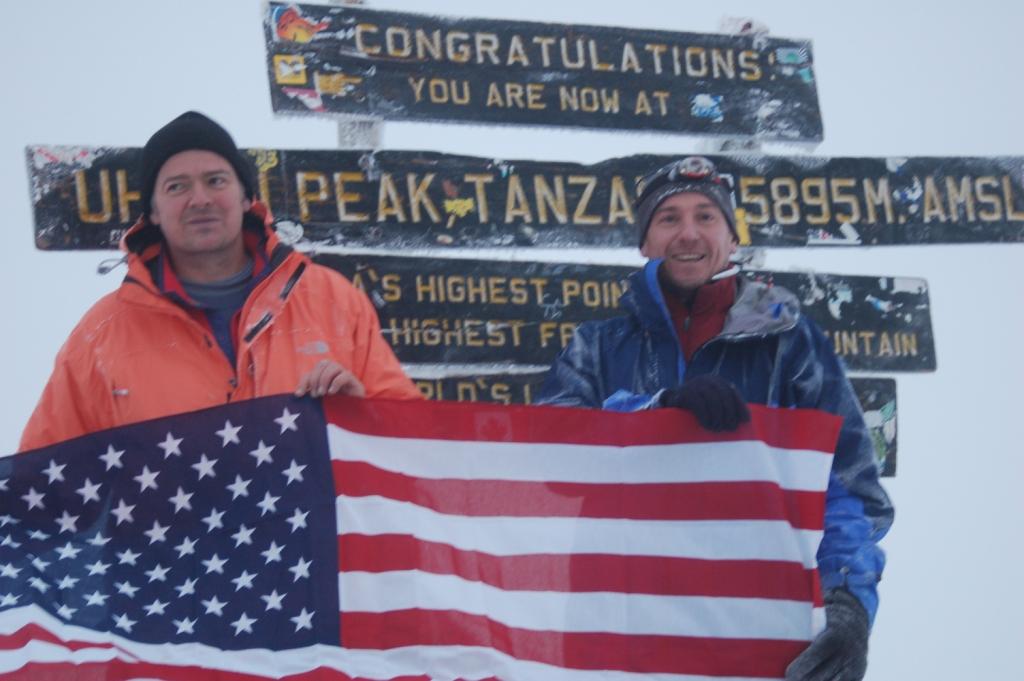 Our hero atop Africa's highest peak, Mt. Kilimanjaro. He also runs marathons, bikes centuries and other stupid stuff, but almost every time he'd rather be playing golf. Especvially in this picture.

So to see some of the only coverage of golf ever food in the pages of Outside, you’ll have to pick up this month’s issue. Or you can wait a month or more, since they are revamping their website and the current content is not available online for awhile.

Just to give you taste, here are some fan mail comments I have received:

“After putting up with seemingly endless ridicule for being a golfer in high school and now in college, I was thrilled to read Larry’s affirmations about golf in “Chip Shots”. Whenever asked about what sports I play, I have felt the need to back up my athletic dignity by adding that I also frequently ski and bike, but it’s time to start standing up for my game! I took my friend (a 3 sport letter winner) to play a round and she still comments on how rigorous it was. At least I have her convinced! I have understood golf’s athletic demands from the time I first swung a club 15 years ago and I hope others can begin to as well. To the remaining cynical souls: let’s tee it up.”

“Like Olmsted, I am one of the few crossovers. I grew up surfing and golfing in Hawai’i.  I had no friends who did both. In my middle years I added skiing, hiking, and road biking to the mix.  Same result. The only commonality between the groups is the cross-eyed stare I get when I beg off tomorrow’s hammerfest because I have a ‘tee-time’ or try talk to the other members of my foursome about the ‘century’ I did last weekend.”

“I am sure there are trail runners and triathletes who play a round or two of golf a year.  Come on!  How many of them know what GHIN stands for or the clubhead speed of their driver?  Likewise, many golfers are deluded into believing they are having a wilderness experience among the sandtraps and leaf blowers.  Let’s face it.  It takes a screw loose to free climb a rock face or to chase a white ball around for four or five hours.  We just need to come to terms with each others’ particular insanity.  Then we might, as Rodney King urged, ‘Just get along.’”

Of course there was one a**hole who missed my point entirely and made me out to be a hater of all things, including the environment, poor people and common sense, but you will have to read it yourself and decide.

3 Responses to “Is Golf a Real Sport? Check Out my Pro-Golf Editorial in the Current issue of Outside Magazine”