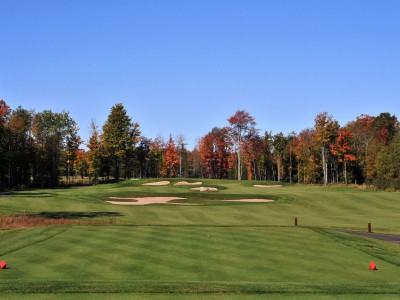 You’ve heard the expression, ‘Put your money where your mouth is,’ as a challenge to the big talker who follows with no action.

Well, Island Resort & Casino in Harris, Michigan, needs no challenge to put its money where its passion is – in its commitment to great golf and providing an exceptional resort and entertainment experience for its guests.

Already, the project is about a third of the way complete, said Island Resort & Casino General Manager Tony Mancilla.

With Island Resort’s genesis in Bingo in the mid-1970s, one of the first parts of the new expansion was renovation of its Bingo Hall.

“We started (the expansion/renovation) with Bingo, as our foundational business, and renovated the whole hall, he said. 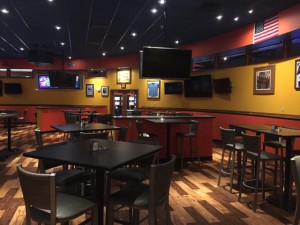 “It looks really nice, has a non-smoking section and it’s all digital. We also remodeled our sports bar into a true sports bar. It has a Fantasy Football package, 33 screens, a 9-by 5-foot HD TV and is Internet capable. It’s state of the art.”

Spa construction is underway on the second floor of the resort’s newer hotel tower. The floor had previously served as storage space. “We hired an architect and design firm, and we’re currently in the preliminary stages of construction and bidding. We’re expecting full construction to get underway within the month, and it will be open in late March or early April,” Mancilla said. 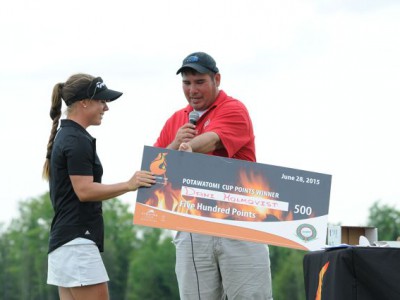 Perhaps most exciting, however, is development of the yet-to-be-named, new 18-hole golf course, which is being designed by Paul Albanese, architect for Island Resort’s acclaimed Sweetgrass Golf Club, site of the Symetra Island Resort & Casino Championship since 2011.

The new course will be located on 300 acres of land six miles northwest of the resort complex. “It’s going to be 180-degrees different than Sweetgrass,” Mancilla said. “It will be the same in that it will be great value for the golf, but that’s the only similarity. It’s going to be built on the hills, through some trees; a very dramatic up and down course, with some neat features.

“It will have a look similar to that of Pinehurst – through the trees, and it will have single row irrigation, “ he said. “So the middle of the fairways will be green and they’ll kind of brown out into the rough before the tree lines. It will have an old-school look to it.”

Mancilla said they’ve also selected ‘low-cut blue’ turf that looks and plays like blue grass in the fairway, but blends into the roughs, where longer, it takes on a different color, yet still allows the fairways to easily be mowed to wider or narrower widths.

“We put a lot of thought into it, “ he said. “To me Sweetgrass is more of a championship golf course. It can play tough, has some pretty tough greens and can play a little long, depending on the tee. It also is open to the wind. The new golf course will be more of a resort course – a little more fun, and a little more playable for the average golfer – overall, a different experience.”

With 5 holes in the open and 13 holes planned through the woods, the resort as been moving dirt since the first of September and recently had its logging contract approved to start the woods construction.   “Next year will be our main construction season, and then we’ll get it planted next summer, in August and September,” Mancilla said.

Planned for completion in 2017, the course also will feature a small clubhouse with a bar, and dedicated shuttles will run to and from the resort complex. 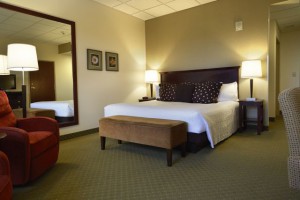 “Successful resorts have everything,” Mancilla said. “They have great dining, great nightlife, the gaming, nice hotel rooms. But the ones that really do well have multiple golf courses, and a spa that complements the golf.”

In addition to the budgeted expansion, Island Resort also has set aside separate funds to redesign and expand the hotel reception lobby and retail areas, as well as enhance its bus bays and entryways for bus customers and tour groups.

“The Hannahville Tribal Council is very open to enhancing its facilities and making them the best that they can,” Mancilla said. “They understand. A great quote from our Chairman when we presented this (expansion) package to him, was ‘When we first got into gaming, there were other tribes ahead of us with bigger resorts, and we looked up to them and tried to follow their paths, but over the course of the years, we developed our own paths, and now we’re one of the model resorts.’

“You find out what people want and you keep adding to it or enhancing what you have,” Mancilla said.

Clearly, that’s part of the formula to go from excellent to great, and Island Resort is well on its way. 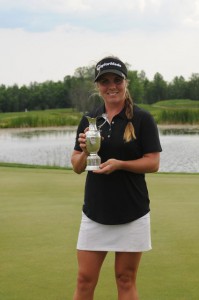 When the LPGA Tour makes its inaugural stop next Memorial Day Weekend at Travis Pointe Country Club in Ann Arbor, Michigan, Tony Mancilla plans to be there.

Mancilla, Island Resort & Casino General Manager, has been making the journey downstate to see the LPGA Tour players in action for several years now. “I been to the Toledo area (Marathon Classic in Sylvania) tournament twice and (the Meijer LPGA Classic) at Blythefield the last two years,” he said. “Four or eight of us will usually go, and we always follow the players that played (at our course) on the Symetra Tour. Kim Kaufman won here one year, so we always follow her, as well as the other players we know. It’s interesting because at any one of those tournaments now, at least 35 players have played on our course – that’s about 25 percent of the field!”

Next year, Mancilla also have a new player to follow – Dani Holmqvist, who won the 2015 Island Resort & Casino Symetra Championship in June.

Sweden’s Dani Holmqvist was one of the top 10 finishers on the Symetra Tour’s “Volvik Race for the Card” money list this season and will play full-time on the LPGA Tour in 2016.

“It means a lot,” she said. “I played some [LPGA Tour] events last year on conditional status but it felt like it wasn’t for real. This time I’m really excited.”

“Everyone at Island Resort and Casino, Sweetgrass Golf Club and the many volunteers and fans who support the Symetra Tour annually here are ecstatic for (her),” Mancilla said. “We’ve come to know and appreciate what fine people and golfers these young women are, and we look forward to watching Dani flourish at the next level. We can’t wait for the 2016 Island Resort Championship (June 24-26) — our sixth consecutive year hosting the event — to see if our next winner also advanced to the LPGA Tour full time.” 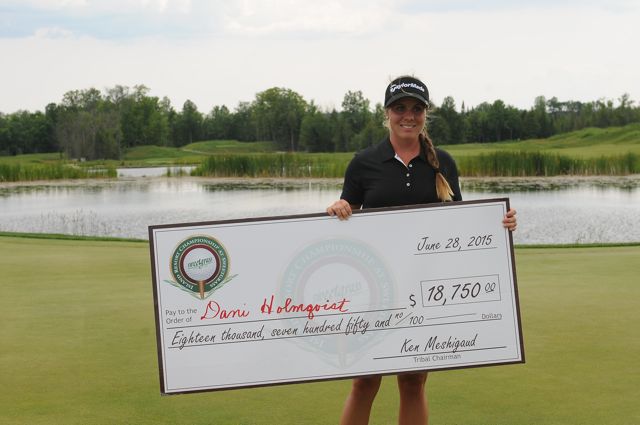