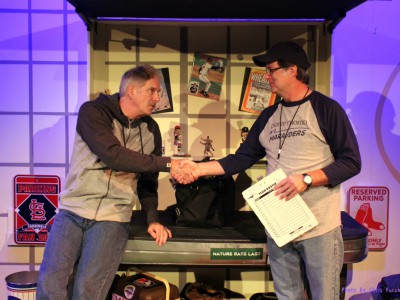 Sometimes the best things really do come in small packages.

Such is the case with the 100-seat professional theatre in the little town of Williamston, Michigan.

Celebrating the start of its 10th season, the Williamston Theatre has brought back the show that kicked off its first fall season in 2006 – Rounding Third – with its original two-person cast.

Rounding Third is a play about a tough-talking, veteran little league baseball coach and a new team member’s parent who becomes his assistant. Don (John Lepard) is a blue-collar guy who lives and breathes little league competition, while Michael (Tobin Hissong) is a white-collar, mid-level corporate guy who lives by his cell phone, enjoys a good Starbucks and carries an everybody’s-a-winner attitude. Together, they’re a comedy of opposites, until things get serious, and even then, there are some hearty laughs.

Bringing Rounding Third back to life at the start of season 10 was inspired by the theatre team and Williamston Theatre Co-Founder and Artistic Director Tony Caselli, who directed the play in 2006 and is directing it again.

“Rounding Third is the second show we ever did, and we started our first full season with it,” Caselli said. “I love the play, and we also have had many people over the years asking if we were ever going to bring it back. So we decided to do it as part of our 10th-year celebration. I was excited about tackling it again and seeing what else we could do with it.”

“When Tony first approached me about it, I was both honored and thrilled,” Hissong said. “When we did this show originally, I knew it had been a huge hit for the theatre, and I’d since heard from many patrons how much they loved the show and wished it would run again.  As part of the 10th Anniversary season, it’s still wonderful to know that people were anxious to see it again,” he said. “For me, as an actor, enough time had passed, and I have grown as a performer, so I was able to approach it as a ‘new’ work.” 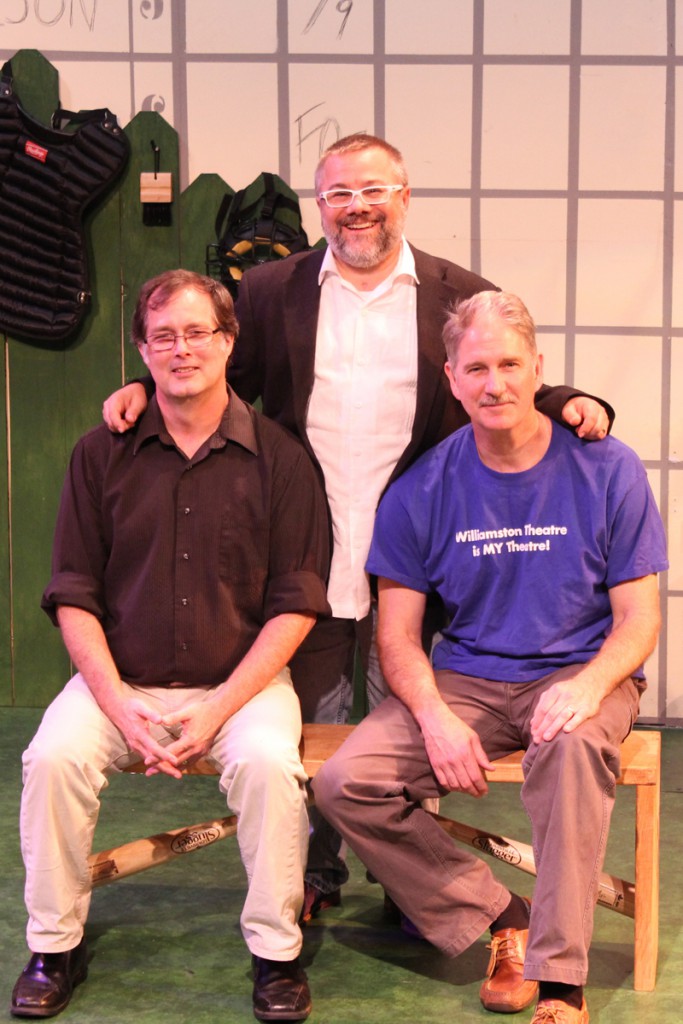 Lepard said he was excited to do the show again, because they “had a great time doing it the first time around.

“The last time we did this show, I helped find the lumber for the set, Tony Caselli directed and designed the sound, and our budget was about 20 cents!” he said. “It was the first production of our first season, and we could barely scrape up the money for the rights to do the play. Now, we have a strong following of supporters who allow us to hire designers for every aspect of the play, the building itself has been transformed into a state of the art theatre, and we have garnered many awards including the American Theatre Wing National Theatre Company Award. All of these things make it much easier,” Lepard said.

With nearly a decade between the two productions, the actors also see the play and characters a bit differently.

“I think the play has a stronger message today,” Lepard said. “Now that cell phones are much more invasive in our society, the theme about being in the moment and not letting things distract us really hits home. Plus, being 10 years older, I think I have a softer spot for this very damaged and opinionated character. I think I empathize with Don a little more now that I am older. I know a lot of guys like (him), and I have to love them not only for their passion, but for their flaws, so I probably play him with a little more depth this time.”

Hissong agrees that the redux has brought added depth from the actors. “I’ve grown a lot as a performer in the last 9 years. My approach to learning about Michael, who he is, and what his strengths and weaknesses are, have helped me create a much more ‘complete’ Michael then I knew from before,” he said.  “Adding to that, working with John Lepard on stage and a great director like Tony Caselli really solidified the relationship between Don and Michael.  They are real people.  Not just two actors throwing barbs at each other.”

To the production team and cast’s pleasure, playwright, Richard Dresser, also had updated the published script – adding a couple of subplots into the mix, providing some extra complexity to the script and characters.

“That stuff was a great addition,” Caselli said. “It was really fun. I loved what it did to their (characters’) relationship and it really helped highlight a couple of themes in the play and the differences between the guys, so it was fun for all of us.”

Even more than the play’s return is this small, not-for-profit 501(c) 3, theatre’s milestone success. It’s a celebration of the vision and determination of the Williamston Theatre co-founders, all who still work on its management team: Caselli, as artistic director; Lepard, as executive director, Emily Sutton-Smith, as development director, and Chris Purchis, as Williamston Theatre’s managing director.

The group had met through their work at Jeff Daniels’ Purple Rose Theatre in Chelsea, Michigan, where Caselli was associate artistic director. “I had been working for 12 years at the Purple Rose Theatre Company, and I was ready to run my own theatre,” Caselli said. “John and I had worked on several shows together, Chris was working as company manager there, and Emily was an actor in one of the shows I directed, as well as had a ‘day job’ in the Development Department at the Michigan Film Theatre in Ann Arbor. We all started chatting about possibilities and started launching into our own thing,” he said. 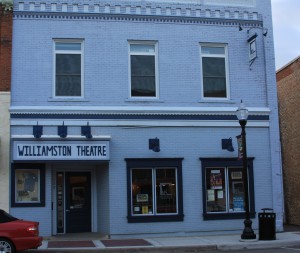 Starting a professional union theatre as members of the Actors’ Equity Association and Stage Directors and Choreographers Society also was part of the group’s commitment to supporting and growing the theatre profession. “We had all been a part of the professional theatre industry, and we did not want to move away from that,” Caselli said. “Also keeping more artists in the state by giving them another place to work was important to all of us.”

“Getting to our tenth season is a fantastic milestone,” Lepard added. “There were moments over the first few years when it seemed we were going to have to close our doors, but then amazingly, we would clear some hurdle. Now, in our tenth season, revisiting this play helps me realize just how much we have accomplished, and how much the town has changed since we started. This has been an epic journey, and I am glad to be surrounded by such wonderful people.”

Rounding Third, a co-production with Tipping Point Theatre in Northville, Michigan, runs through November 1st, and is the first of six productions in Williamston Theatre’s 2015-16 season.