Okay, but where in Vermont? No, all of Vermont. The latest Brewers Association stats put Vermont at the head of the list–the state with the most breweries per capita–and all of them are craft breweries.

Vermont is not a huge state–slightly more than 600,000 souls call it home, and there are more senators in the U.S. Congress than the lone congressman. A head to foot (or vice versa) traversal is doable in about two and a half hours, and one is never too far away from the next good beer or golf course.

It all began in Burlington when the late, great Greg Noonan (author of the iconic Brewing Lager Beer) and his wife, Nancy, fought to change the laws to allow brewpubs to operate in the state. The Vermont Pub & Brewery opened in 1988, and is still going strong in the state’s largest city–at under 40,000 people.

Vermont golf rarely gets its due because the season is pretty much over by November. (The less hardy say a month earlier.) But when the hills are green, there’s hardly a more beautiful place to play. Just a few pairings:

The Brattleboro Country Club is a lively curtain-raiser for visitors from the south, and a brisk introduction to the rolling elevation found throughout a state where an uneven stance is more rule than exception. In town the prize-winning McNeill’s Brewery can make the rough places plain, and always has a few hand pumps running. 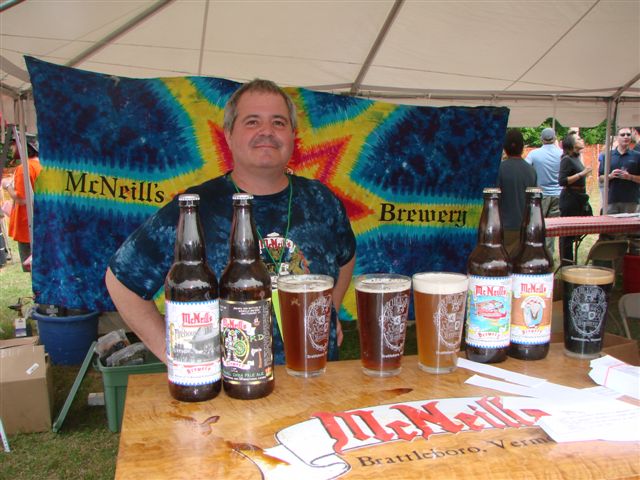 The Long Trail Brewing Co. in Bridgewater has surpassed the 20-year mark, making it a microbrewery venerable. It’s Double Bag is a 7.2% ABV double Alt doubly notable for its heifer-related label (a cartoon of two bovines viewed from the rear, displaying, well, their bags). And a few miles away the Woodstock Country Club is something of a microcosm of the state–packing large scale complexity into a compact plot:

“On paper the course looks easy,” says long-time pro Jim Gunnare. “It’s only 6,052 yards from the blue tees, it has six par-3s, and plays to par-70. But when you come to the fifth hole already seven-over, you begin to realize it’s a very hard golf course. It’s tough because it’s narrow. The greens are small. And if you play the course perfectly you’re only going to cross Kedron Brook twelve times.” 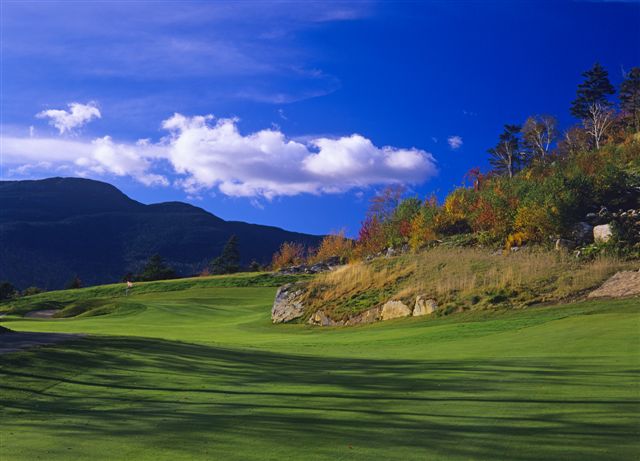 The Alchemist Pub & Brewery is a great stop in Waterbury*, and just up the road is the Ben & Jerry’s ice cream factory, a stop almost required by law in Vermont. Just a bit further on into Stowe one can try the fare at the new Brewery at Trapp Family Lodge or old favorite The Shed Restaurant & Brewery**. The tee time will be at the challenging Stowe Mountain Golf Club, a newish Bob Cupp design aptly named, with splendidly elevated views.

*And, alas, since the story first appeared, the flooding from Hurricane Irene devastated parts of  Vermont, including the Alchemist Pub & Brewery. As an operating brewpub, it is no more. But as a production brewery, it still exists in a separate facility, now canning a double IPA called Heady Topper. Click here for a related story.

**The Shed lost its lease and sadly closed its doors last fall. But Otter Creek took over the brand and is brewing some of its recipes, like the Mountain Ale. As for the site, it’s been reborn as the Crop Bistro & Brewery.