St. Thomas’s Day used to fall on December 21, and as the old English tune above indicates, the poor would often go door to door “Thomasing”—that is, requesting handouts in hopes of buying food for their own Christmas tables.

Since the 21st is also the solstice day, another old rhyme became associated with St. Thomas: 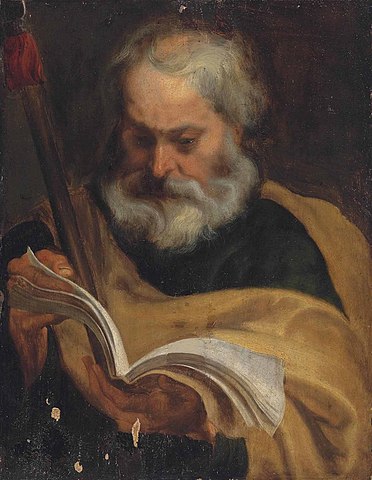 Some Anglicans still observe the December date, but for some reason in 1969 the Roman Catholic Church reconfigured St. Thomas Day to July 3. I just remember when I was being confirmed—this before I became a lapsed Presbyterian—that the minister of our church met with me and asked what I hoped to become in life. I hoped to become a professional baseball player, I told him.

He angled for his own ballpark, suggesting the ministry might be a good fit for me since I was named after a disciple. I think I got a laugh out of him when I said, “Wasn’t that Doubting Thomas?”

Anyway, it’s officially the shortest day and longest night of the year. Things only get brighter from here on. Except today’s beer, as dark as any moonless winter night. The label is a little dark, too, but not outside the norm for 3 Floyds, known for its heavy metal and fantasy character themed labels, probably apt for a brewery in a town named Munster. 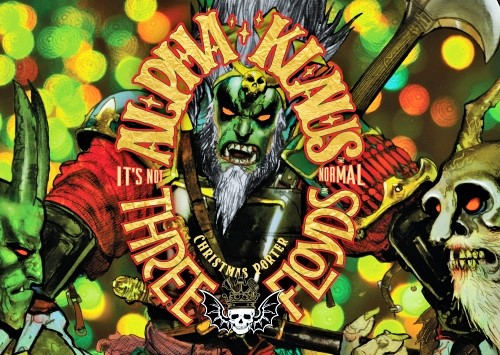 The Indiana brewery ranked 26th in the Brewers Association 2021 listing of the top 50 U.S. craft breweries by sales volume, representing a fairly steady climb since it opened in 1996, thanks to such craft beer favorites as Gumballhead, Zombie Dust, and the flagship beer, Alpha King. Then there’s Dark Lord, a Russian Imperial Stout so popular it sells out in a day (Dark Lord Day), which in turn inspired a festival around the day.

The Alpha Klause is said to be a cousin of Alpha King, containing English chocolate malt, Mexican sugar, and what the brewery calls “tons of strange American hops,” without naming any of them. Whatever—suffice it to say this is a beer worth tracking down.

Opaque, with a lively brown head, Alpha Klaus is immediately redolent of strange hops and the chocolate and roasted character of the malt. It’s not a big mouthfeel for a 7.3% beer (a hike from past 6% versions), and indeed the beer tends to thin out if it warms up too much. But fresh from the bottle it’s an absolute pleasure, suitable for nights or days long, short, or in-between.