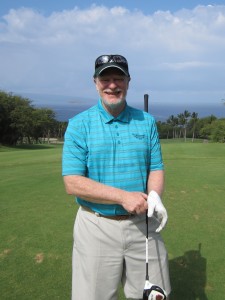 About to tee off on the Wailea Golf Club Gold Course

On Earth Day I was quite a bit removed from my usual portion of the planet. After a long, endlessly snowy winter in Vermont, standing on the first tee of Gold Course at the Wailea Golf Club in Maui was a near revelation. It was a little like going to my first baseball game as a kid–walking into the huge edifice, negotiating the concrete byways, climbing a ramp and then being wonderstruck by the marvelous and dazzling greensward.

No wonder I’m smiling here, ready to tee off with the broad Pacific as a backdrop to the opener on this Robert Trent Jones II layout from 1994. I’m probably looking at the majestic Mount Haleakala, the 10,000-foot plus volcano that was constantly wreathed in what looked like a rainy mist during our round.

Not visible in the photo is my thought process, which rationally told me I had just traveled about 20 hours to arrive at this spot, I wasn’t getting any younger, and that to entertain the thought of playing 36—an optional 18 on the sister Emerald Course in the afternoon—would be close to insane.

But how often do you get to Hawaii? asked one of the other voices I listen to. Besides, it’s Earth Day, and you should try to cover as much of it as possible.

I decided to just see how it went, but the second voice grew more insistent after I sunk about a 25-foot putt for birdie on the first hole, undoubtedly a Hawaiian makana (gift). 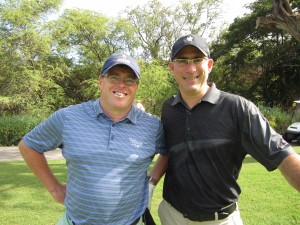 I played the Gold Course once before almost exactly seven years ago, and I confess it looked brand new to me. There was much to relearn about it. Luckily fellow Golf Road Warrior Jeff Wallach and I were playing with Charles Head, general manager of the Fairmont Kea Lani where we’re staying, and a stick familiar with the layout.

Charles gave us our first lesson in reading the grain, an essential tool to putting halfway decently on Maui’s Bermuda greens, since the grain seems to contribute more to the break than incline. (The easiest way for the uninitiated to do this is to look at the cup. The cut of the grass will be a bit unruly and brown on one side of the cup, and this is the direction the grain is moving in. The ball will break toward the grain with greater speed. Putting against the grain will require more oomph. Either direction requires nerve.)

Another valuable lesson came when I hooked my ball on the second hole and kept playing down the left side. “It’s actually a better way to approach the green from there,” said Charles. “You have a clear shot to the green, whereas we [Charles and Jeff] have to play over that right side bunker.” The lesson applied to the course as a whole, and the strategic mind of RTJ II. He usually gives one logical way to approach the putting service without undue hazard, of which there were plenty otherwise.

And having played with Jones last year at the Navarino Bay Course he had recently completed in Greece, I knew that flag-seeking wasn’t really an option, either. Jones loves to put a lot of movement into his greens, so that some balls can travel quite a distance from the landing spot. Your job—figure out what direction they’re heading in. (If you’re not playing with Charles Head the course guide will help.)

Having read up on the Gold before arriving in Hawaii I thought it was going to be a beast for a mid-handicapper like me. But both the fairways and greens are huge, and we made our own smart strategic decision—we played from the 6,152-yard white tees, which at a 127 slope seemed enough to chew on. 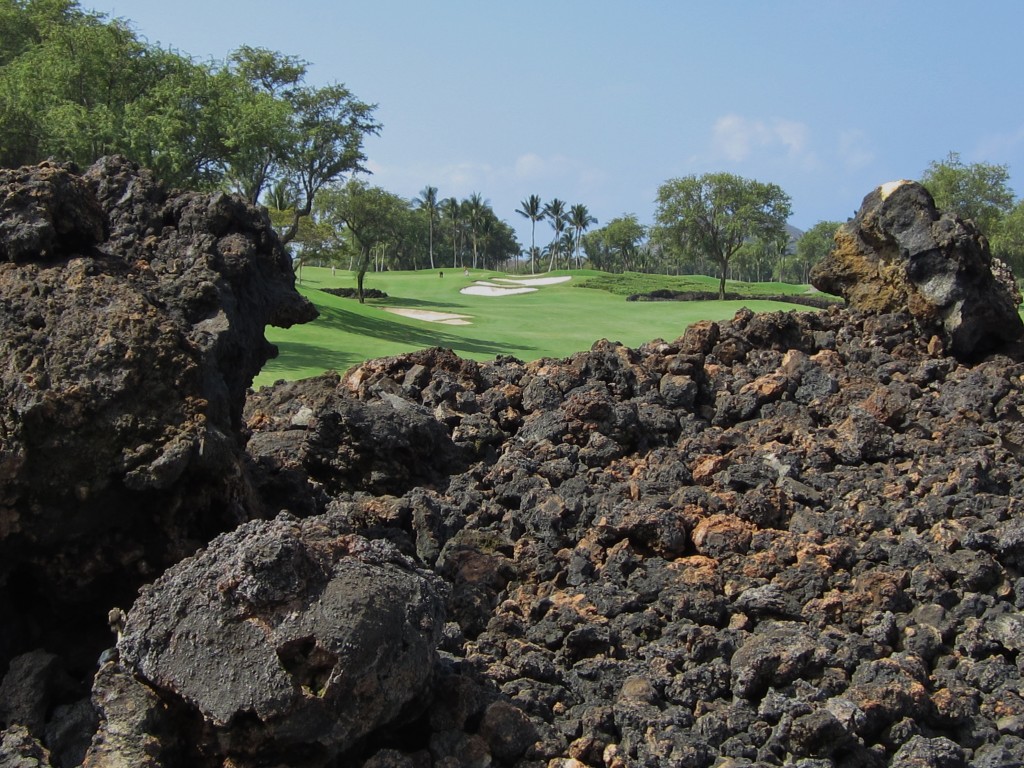 Lava rocks framing the fifth hole of the Gold Course

So, aside from the opening birdie, I played my mid-handicap game with less trouble than anticipated from the many bunkers and lava rock areas at my disposal. Granted, the 544-yard seventh, the number one handicap hole, turned into a disaster for me, making its name, Huaka’i Loihi (Long Journey) painfully apt.

The Gold Course was built as a championship layout, and indeed it hosted the Senior Skins Game for seven years. But as long-time head pro Rusty Hathaway said, “The Emerald is a fine course, too, carved out of the same lava and scrub land by RTJ II, and from the back tees it will give you all the shot-making you require.

“The Emerald greens add a difficulty level with more potential hole locations. But you have some drivable par-4s, some par-5s reachable in two.”

Sounded good to me. So, after 18 golden holes, I decided to press on with Jeff, to see what RTJ II had wrought at the Emerald, which also opened in 1994.

I expected to wilt at some point, and indeed I threw up two dreaded eights on the incoming nine. But I also had three birdies–my four on the day some kind of personal record. (With the exception of the time I had over-hastily agreed to play 108 holes in one day for a fund-raiser.) I also thought it was a neat parley that I notched par-4s on holes ten and 17, which share a double green. 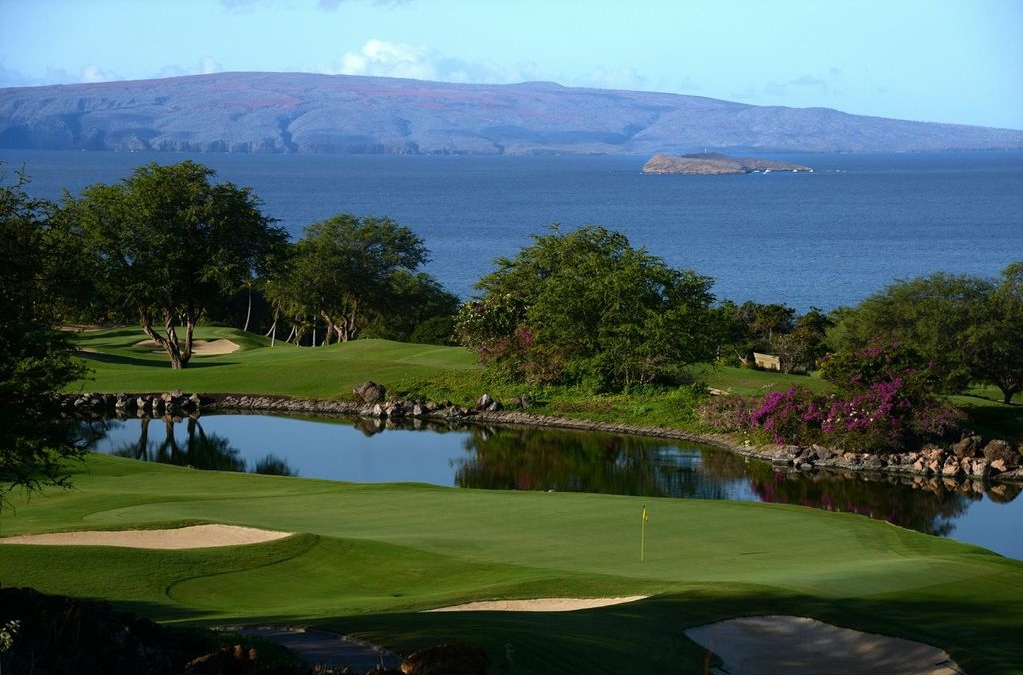 In short, I played a little better than my mid-handicap game, and promptly fell in love with the Emerald Course. Though we had gained some yardage by moving back to the blue tees (6,407 yards), the slope had dipped to 124.

As Rusty had suggested, the action on the Emerald is largely on the greens, as the terrain offers a somewhat softer, shapelier aspect than the Gold. And it’s bedecked in more floral finery as well, as well as a profusion of unique birds and not a few scurrying mongooses.

After 36 holes, and maybe a Bikini Blonde or two, I felt like I’d given Earth Day a pretty good run. I can only hope it’s not seven lean years before I return once more to Wailea.