Not too long before leaving for Maui I heard a radio piece on NPR about earworms, those bits of music that fall into your head and can’t get out. It can be pleasant up to a point, that point being when it starts to drive you crazy. The latter moment is more easily reached when the tune is Carly Rae Jepsen’s “Call Me Maybe,” or the Nth rendition of “White Christmas.”

I had two such earworms battling for supremacy on this trip, both remaining on the pleasing side of the divide, if nonetheless a bit obsessive. The first was a song by the late, great Warren Zevon, “The Hula Hula Boys,” here in a YouTube version useful as a soundtrack for the next few paragraphs (keeping in mind that not all of the imagery is G-rated).

The song appeared on Zevon’s 1982 The Envoy album, and apparently grew out of a vacation on Maui. In the liner notes to his anthology, I’ll Sleep When I’m Dead, Zevon noted that the chorus has no particular meaning beyond “Sing the chorus” or “Get to the point,” and yet it’s lovely, and seems to embody some kind of Hawaiian spirit in a way the lyrics do not. They’re about a hapless lover, comic with an edge, almost a precursor to the film “Forgetting Sarah Marshall.”

Apparently Hunter Thompson quoted the lyrics in his book, The Curse of Lono, hence some of the Thompson imagery in the YouTube video. Anyway, I’ve always loved the song, although I think it became lodged in my cranium this time around when I read about the potential difficulty of some of the golf courses we’d be playing. One line in particular kept shooting between the synapses: “I didn’t have to come to Maui to be treated like a jerk….”

Well, so far so good–no great betrayals going on out at the courses.

The second tune, “Rolling Down to Old Maui,” is a traditional whaling song perhaps best known in a version by the late, great Stan Rogers.

The tune, particularly the chorus, couldn’t have been more appropriate than this morning, when the Golf Road Warriors took to the sea. True, we weren’t going whaling, but we were on the Hina, a good ship, taut and free, piloted by Captain Sage Spalding of Maui Sailing Canoe Adventures.

The sea was a bit angry this day, my friends, so the snorkeling we had planned as part of the morning was scuttled. But the cruise out from Polo Beach, the southern shoreline right off the Fairmont Kea Lani property, was pure refreshment for the soul.

The Hina is a traditional Hawaiian outrigger sailing canoe, or wa’apea, which Spalding sails in around-the-island races when not carrying passengers and passing on his considerable knowledge of Hawaiian history and culture. He’s native-born, descended from missionaries who arrived on a Boston whaling ship in the mid-1800s. 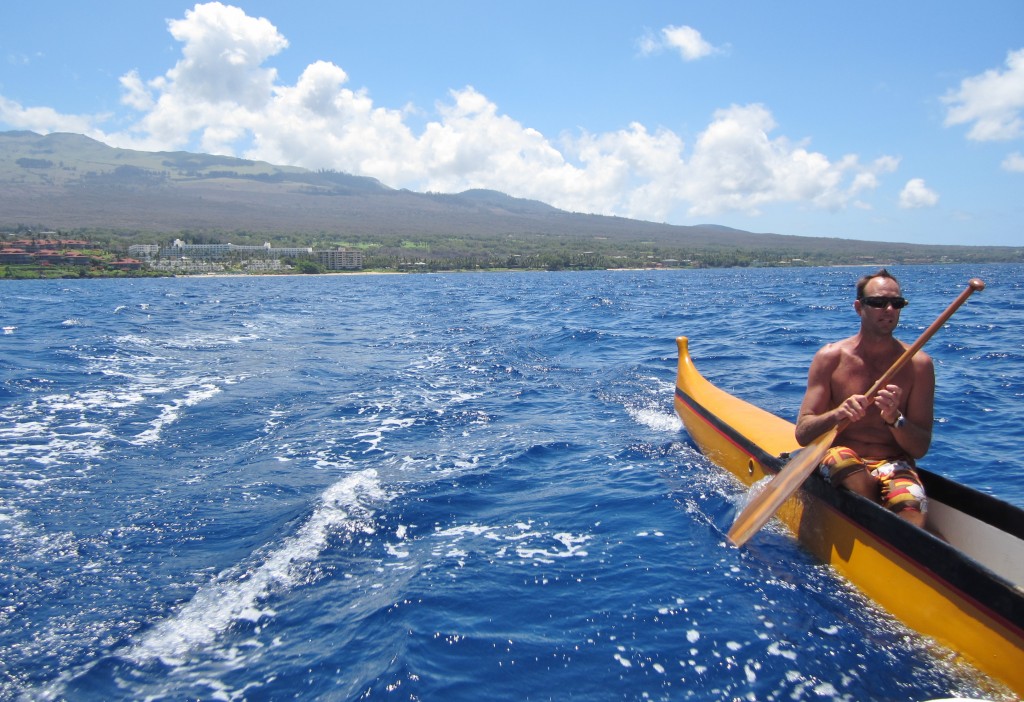 Captain Spalding and the blue Pacific

The views were nonpareil as we soared over the blue Pacific, and we had a new perspective on the blazing white Spanish-influenced architecture of our home for a few days. As we drew closer back to shore we could see the teeming activity at the Fairmont, where there are endless programs afoot for the active or culturally curious. 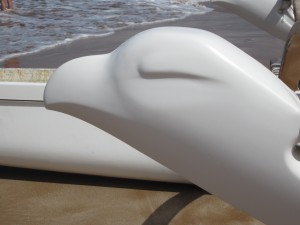 A full-time Cultural Coach, Jonelle Kamai, is on hand for those after a better understanding of traditional Hawaii. The hotel offers its own outrigger experience, but land-based tours might center around native or non-native plants, the Hawaiian language, or spinning local myths and legends during storytelling evenings. There are monthly day-long celebrations that encompass music (ukuleles down by the sea?), seminars and dining. (Yes, they still pound poi here.)

All too soon we had to drag the Hina back on shore, but it was a fine short ride in a fast machine. I can be seen paddling below, and I can attest that my exertions contributed absolutely no progress to the effort. But it was fun anyway, since in my mind I was rolling down to old Maui. 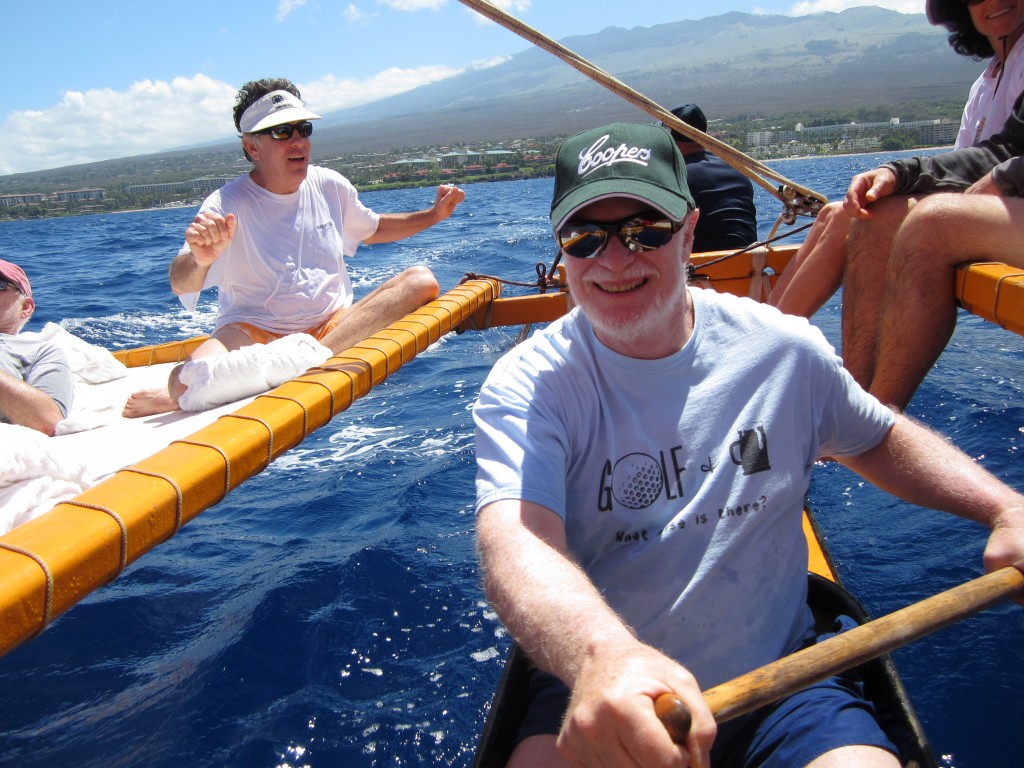 Bedell at the oar. No idea what Brian McCallen is up to.