A glance at the scorecard is enough evidence that the King Kamehameha Golf Club is a unique entity. How often have you seen quotes from two different architects on a card, only one of them a course designer?

The latter would be Ted Robinson, Sr., who laid out this unique track in 1991: “The golfer attacks; the designer defends. Such is the adversarial relationship that defines the creation of a golf course.”

The Golf Road Warriors attacked the King Kamehameha course on a beautiful day, with fairly mild winds. Such is not often the case said director of golf Rick Castillo: “This course was built for the wind.” Robinson defended par by running almost every other hole directly into or with the winds. Only the downhill par-3 tenth hole plays into cross winds. It makes for an interesting day of club selection.

The course fascinates anyway. It’s location in Wailuku, off the Honoapiilani Highway between our last destination (Wailea) and our next (Kapalua), makes for a different experience from the seaside courses. Yet with what Castillo calls its “bi-coastal view” the course does offer a ubiquitous ocean vista with the dominant Haleakala volcano, as well as the panorama of the central Maui valley below the course and the West Maui Mountain above.

Indeed, the course moves terrace-like up the mountain on both nines, affording views of zip lines traversing some peaks, while higher up ethereal mists play among the sensuous folds.

There’s not a coconut tree to be found, but plenty of the unique Cook Island pines. The airy branches give the tree a look we easterners associate with camouflaged cell phone towers. 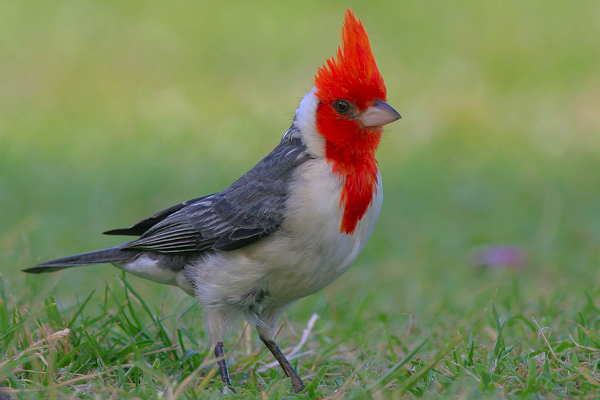 I should add that the flora and fauna of Maui was constantly intriguing; I was especially struck here by the Nene Geese and the Red-crested Cardinal. Apparently the latter is actually in the Tanager family, but is also known as the Brazilian Cardinal, since it was introduced to the islands from South America around 1930.

That predates golf in Hawaii, and certainly the King Kamehameha Golf Club, which began life as the Waikapu Valley Country Club, morphed into the Grand Waikapu Golf & Spa Resort, and then closed in 1999. Nature took over, and when Japanese businessman Makoto Kaneko purchased the property in 2004 he had to call in the designer’s son, Ted Robinson, Jr., to reclaim the course.

He did a good job, and the course remains a pure golf experience, with no housing or resorts to impede one’s sense of solitude on this private course—which is nonetheless open to “Guest for a day” tee times. There’s also the public Kahili Golf Course on site for daily fee play.

With its hill-climbing landscaping, it’s important to keep the ball in play in the fairways, as Castillo warned us. While Maui greens average 9,000 square feet, the dance floors here work out to 6,600 square feet, many of them double or triple-tiered.

Some holes are semi-blind, so member knowledge is useful. The short par-4 sixth is a good example, where a straight or right shot leaves a blind approach over a falling stream to a three-tiered green. But hit driver left and you’re in a pond. I drew a three wood and wound up only a few yards from the water, but with a good view of the green. I walked off with a par and admiration for the hole, while my mates were grumbling.

I was grumbling around the sixteenth hole, when both partner Jim Frank and I hit shots that seemed only mildly right, but which had bounced, lost, into an ornamental hedge adjoining the thirteenth. (Where Brian McCallen made some kind of Golf Road Warrior history, as noted here.)

The grumbling was mainly over the match we were having with Brian and Jeff Wallach, then as lost as our golf balls. 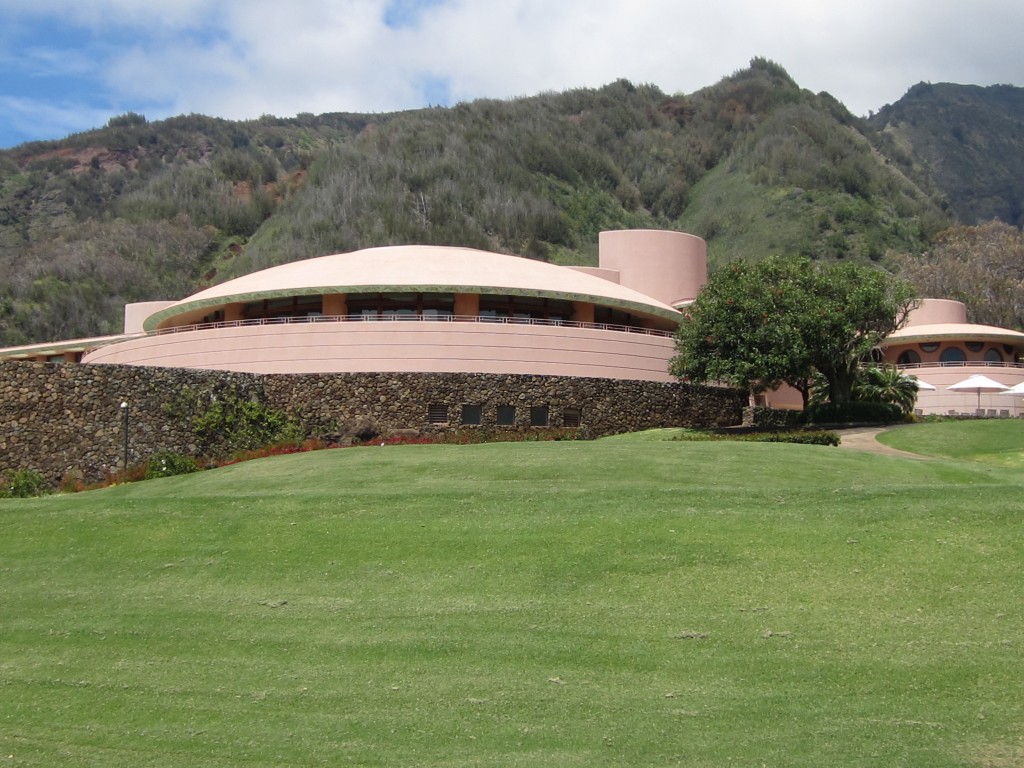 The King Kamehameha Golf Club clubhouse from the first tee

Where Have You Gone, Frank Lloyd Wright?

So, what does Joe Dimaggio have to do with the King Kamehameha Golf Club?

Joltin’ Joe’s name keeps popping up because Marilyn Monroe’s keeps popping up in regard to the remarkable clubhouse on the site, that with some reason. But Joe was not in the picture with Marilyn at the time. So strike him from the record here and don’t ask about him, which will make Rick Castillo happy. 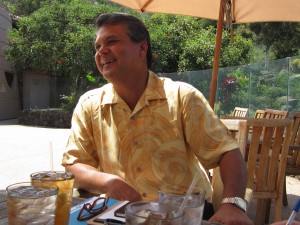 Castillo is a pretty happy fellow anyway, since he not only attends to his golf director duties, but he gets to act as a docent for the artistic work of art that is the clubhouse, inside and out. And he’s pretty good at it, too.

But he has a lot to work with with the clubhouse, a Frank Lloyd Wright design that was almost built a number of times as a private house. One of those times was to be a home in Roxbury, Connecticut for Marilyn Monroe and her then-husband, Arthur Miller. The original design called for a 7,000 square-foot structure. The Monroe-Miller version was expanded to 14,000 square-feet.

But the couple divorced in 1958, Wright died in 1959, and the plans weren’t revisited until they emerged as the clubhouse in 1993, enlarged to three levels, 74,000 square-feet, and completed at a cost of $35 million. “It would probably take $90 million today,” said Castillo.

To put it simply, it’s an astonishing building. And as the quote from Wright on the scorecard puts it: “No house should ever be on a hill or on anything. It should be of the hill. Belonging to it. Hill and house should live together each the happier for the other.” 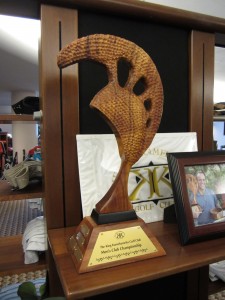 Aside from the structure itself are all the interior design elements based on Wright’s works. (Granted, he may not have recognized the Japanese-style sit-down showers in the locker room. And he might have wondered about the TV in the sauna, too.)

Makoto Kaneko, whose locker is no more prominent than member Clint Eastwood’s, is perhaps better known as the owner of the racehorse Deep Impact, winner of the Japanese Triple Crown in 2005. When he reopened the property in 2006 as the King Kamehameha Golf Club, Kaneko also commissioned a remarkable collection of artworks based on Hawaiian culture and history. This even extends to the club’s championship trophies, hewn from local Koa wood.

It all makes the location museum-visit worthy, and Castillo is fine with that, even for those who arrive without a set of golf clubs: “We’re a private club, but it’s not a gated enclave. Anyone interested in Hawaiian history and art or the work of Frank Lloyd Wright is welcome to visit.”

Previous: McCallen on the Rocks
Next: TAP Beer of the Day: Maui Brewing’s CoCoNut PorTeR