After yesterday’s shortest day of the year, we’ve turned the corner. It’s more sunlight every day from here on out, baby!

Interestingly enough, the length of day in these southern Vermont parts yesterday was an even nine hours. Today’s ninth beer of the 12 Beers of Christmas is called Winter #9. It is 9% ABV. If only it had been only $9. But even at $11.50 it was still a treat. 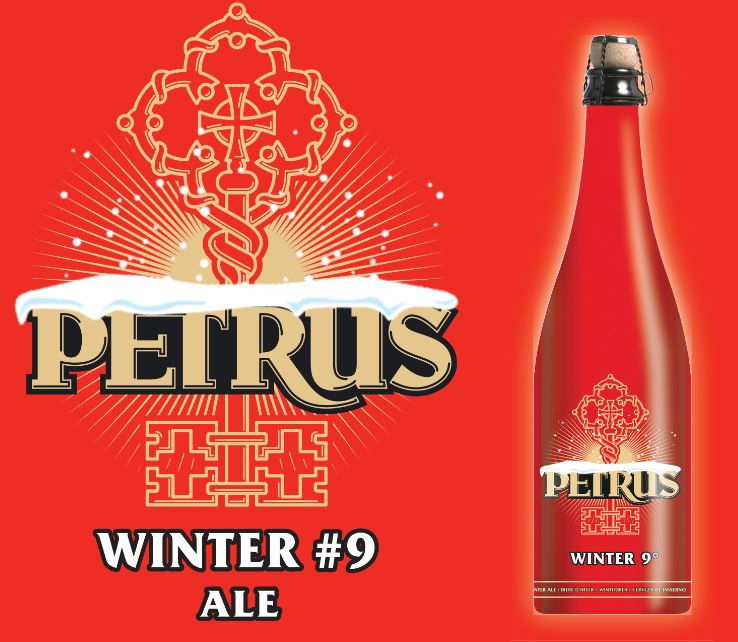 Petrus is the Latin name for Peter, the first apostle. How he’d feel about having his name associated with #9, which tends to suggest a love potion in these parts (particularly when packaged in a flaming red bottle), is difficult to say, although the label does depict St. Peter’s key to the kingdom of heaven.

The Petrus line of beers (Blond, Dubbel Bruin, Gouden Triple, Oud Bruin, Special) is but one family from the extended Brewery De Brabandere brood, which includes Bavik and Wittekerke beers, imported by the Global Beer Network.

Part of our extended brood arrived today. More accurately, we drove about two and a half hours south to pick up our grandkids. It was the usual hand-off operation—their dad (our son), can’t come up until Christmas Eve, so he hopped on the Port Jefferson ferry with them on Long Island and handed them off to us in Bridgeport, Connecticut. Then it was two and a half hours home and time to collapse.

Or try a potential restorative, a strong brown ale brewed with cinnamon and nutmeg. My granddaughters were game to try it and, predictably, didn’t like it. They’re 11 and 8, so that’s forgivable. Abby gagged and was rendered speechless. Lilah thought it tasted like “cinnamon and barf.” But this in no way dissuaded her from a quick video introduction, which took three takes only because she wasn’t satisfied with the first two. Hard to know what this portends for the future:

She’s a sweetie, and so is the beer. My wife, Lynn, thought it smelled like honey. I picked up some brown licorice along with caramel notes. The beer is a stunning beauty in the glass, a deep reddish brown, crystal clear, with a lightly tan head.

I’ve heard the knock on hearty Belgian winter beers that they’re too too lightly hopped to counteract the prevailing sweetness, and that was my first impression of the #9, too. Quite delicious, really, but just a bit treacly for my taste. 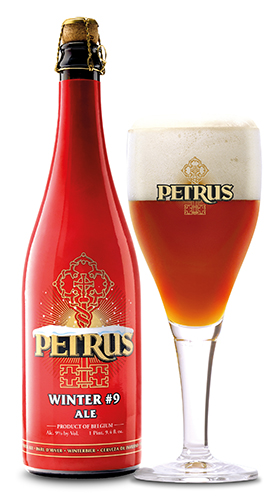 But any beer that is 9% ABV should have some depth to it, and so it seemed as I let the beer warm up and warm me up. It does have some honey notes, suggestions of raisins, and boatloads of caramel. The cinnamon and nutmeg actually seem rather muted. The mouthfeel is thick but smooth, the finish just brisk enough for the job.

Now that all the grandkids and Lynn are in bed, I’m half-reclining by the woodstove with just a wee dram of #9 left, and I couldn’t be more content with it, unless the bottle were still half-full.