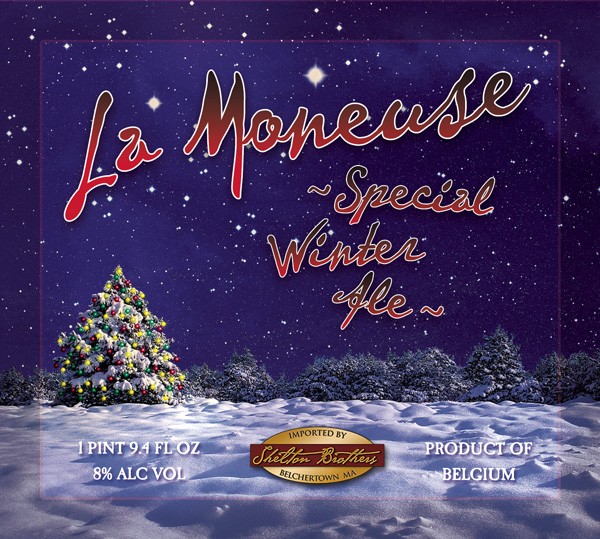 I took the halfway point of the 12 Beers of Christmas festival to the festivities at Wildwood Barbeque, the annual holiday party my son-in-law and daughter throw before they close the place up for a few weeks and go off for a vacation recharge.

The party was great—a Fezziwig-like spread for family, friends and favorite customers, with one of the goals to kick as many of the keg lines as possible. There are 16 at Wildwood, all craft beer or cider, which I’ve written about before concerning the more or less monthly tap takeovers. I help pour at those when possible, did the same tonight, and I can report that at least five lines blew before I made my exit.

I also brought along the Brasserie de Blaugies beer to share, a corked bottle from what is said to be Belgium’s smallest family brewer, started out of the garage of Marie-Noelle Pourtois and Pierre-Alex Carlier, both schoolteachers when they began marketing their beers in 1988. Blaugies, about an hour and 20 minutes from Brussels, is a small town in Wallonia, where finding a good saison shouldn’t be too tough. 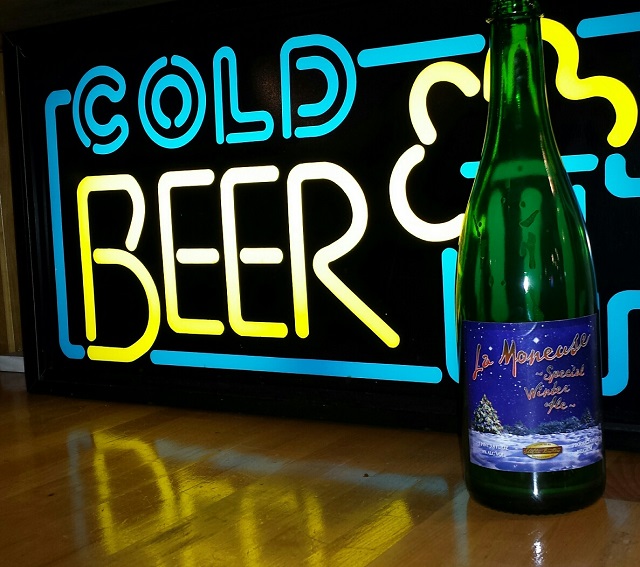 And indeed, the brewery’s roster of brews have been well-received, including the Saison d’Epeautre, the regular year-round La Moneuse and—what do you know?—a collaboration with Vermont’s Hill Farmstead brewery, La Vermontoise.

The couple’s oldest son now runs the brewery with his wife and father-in-law, while their youngest and his wife run a restaurant adjacent to the brewery. And the beer is named for A.J. Moneuse, a bandit of local lore, and a distant relative of Marie-Noelle. All this familial stuff seemed to make it a natural for the evening, and the instant tasting panel I put together included Wildwood’s owner, my son-in-law Glenn Brunetti. 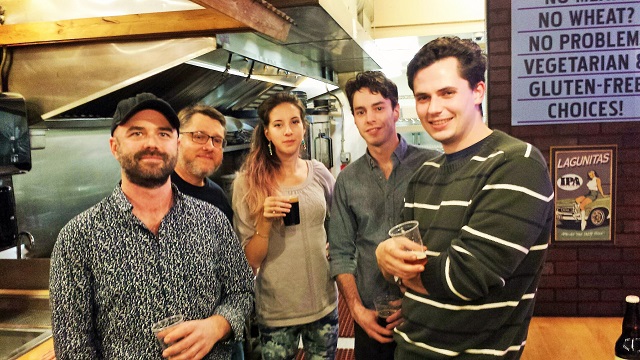 But, sorry to report, none of us really took a shine to the beer. I’ve seen it described as earthy, exotic, rustic, but this was closer to rusty, with a hard minerality that fell short of appealing, and a sharp yeast bite that cloaked any of the beer’s virtues, which include some fruity sweetness. There was some minor funkiness, but not really in a good way. One taster said it smelled like damp old magazines, another that it summoned up the aroma of an old catcher’s mitt.

It must be said that both of them, and the rest of us, finished off our samples and put our glasses out for more. So the beer is certainly drinkable, not without its own rough-hewn curiosity, but not one any of us appeared eager to rush out and buy again.

But whenever this happens, I can’t help but wonder if this was just a stale bottle that had been bottle-conditioning on a shelf too long? Was that delicious spiced sausage I just ate throwing my tasting apparatus off? Does the beer deserve a second chance?… 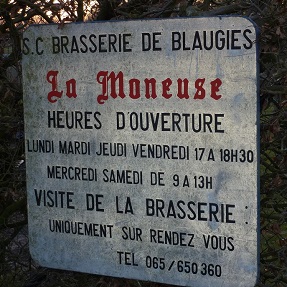