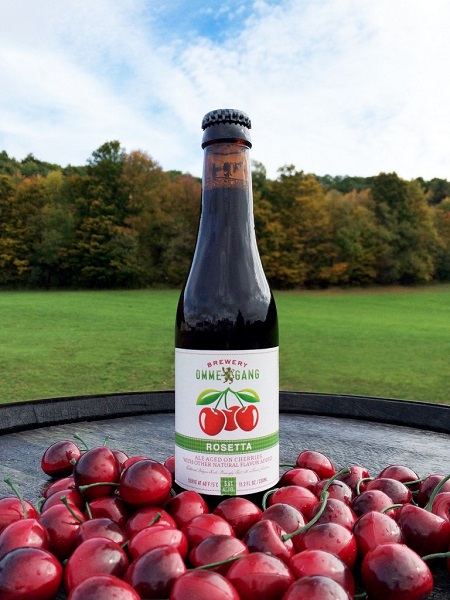 [Nov. 1, 2016]–The last Tap Takeover of the year is tomorrow night at Wildwood Barbeque (beginning at 5 p.m.) and it promises to be a humdinger. It would be a doozy if the Rosetta Kriek was the only beer being served, but it’s one in a string of hits and rarities that will be on hand from the Ommegang Brewery of Cooperstown, New York (which seems fitting as there’s a World Series game seven on the horizon).

The lineup includes the year-round Hennepin Farmhouse Ale, the Witte Belgian White, and the delicious Abbey Ale, which I wrote up here and where you can find all you need to know about the brewery’s genesis.

Now owned by Duvel Moortgat of Belgium, Ommegang has been producing its Belgian-inspired beers in a profusion of styles, including a string of one-off bottlings in cahoots with HBO and its “Game of Thrones” series. The latest, Valar Dohaeris Tripel Ale, was just released last month, and will be on tap tomorrow night.

So, too, will its Great Beyond Double IPA, a non-Belgian style that debuted in June, and the brand new Collaboration 2016, which is basically a Belgian Doppelback brewed by Urban Chestnut of St. Louis on the Ommegang house yeast.

As for the Rosetta, Ommegang brewmaster Phil Leinhart was looking to produce a sour cherry beer that drinkers might actually want to have two or more of, rather than bowing out after one because of the brew’s excessive sweetness. He has succeeded admirably. I could drink Rosetta all night long, or at least until I dozed off.

It’s actually more accurate to say that the brewers at Liefmans in Oudenaarde, Belgium did the trick, since that’s where the beer was produced for Ommegang, Liefmans now being owned by Duvel Moortgat. But Leinhart was behind the blending ratios, and he’s no stranger to Liefmans, having worked there on another Ommegang one-off, Zuur, a Flemish sour brown with cherries, as is Rosetta. 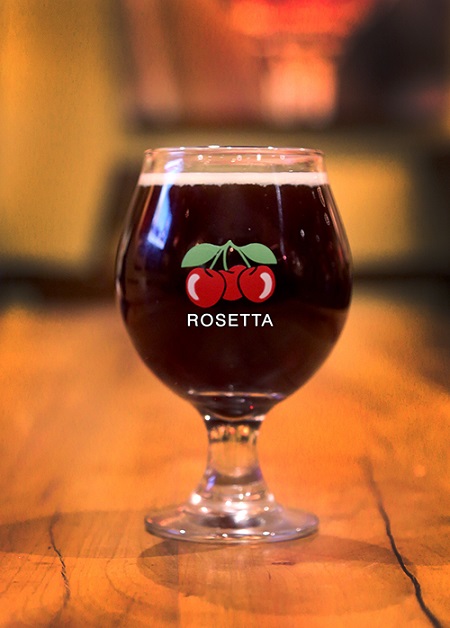 He’s also well-acquainted with Rosa Merckx, the first female brewmaster in Belgium and long at the helm at Liefmans, for whom the beer is named.

Rosetta is basically a blend of Liefmans Oud Bruin (a sour brown ale) and Kriek-Brut, a sour brown beer aged on cherries. But both of those beers are blends themselves: the Oud Bruin mixes older and younger beers, while the Kriek-Brut mixes an Oud Bruin and a pale beer, then ages it on cherries for up to 18 months.

The Liefmans beers do not spend any time on wood so, Leinhart suggests, the beer is a sour with less acetic acid but a cleaner lactic acid character. Well, I’m not up on my chemistry, but I can say the beer is a compelling concoction, an elixir that sends you on a thrilling ride spinning around poles of sweet and sour but never losing your balance.

There are ruby highlights in the beer, but this is a dark brown ale. A fulsome aroma of cherries is the immediate impression, to be sure, but those leery of fruit beers should give this a try anyway. The Belgians know how to pull this off with panache, with no overweening sweetness, a firm and earthy body, and a tart finish that adds a layer of sophistication all too often lacking in many fruit beers. 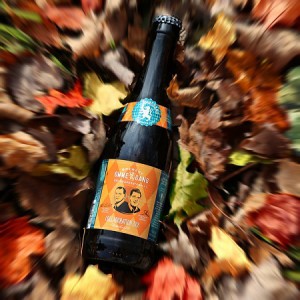 The nearest American equivalent I can think of is the Wisconsin Belgian Red from the New Glarus Brewing Company, one of the best beers I’ve ever had. But the last time I had it was at the Kohler Festival of Beer in 2012, and last I checked it was pretty much available only in Wisconsin.

The Rosetta Kriek is available in 45 states, year-round, and now on tap, too.

2 Responses to “Tap Beer of the Week: Ommegang Rosetta Kriek”