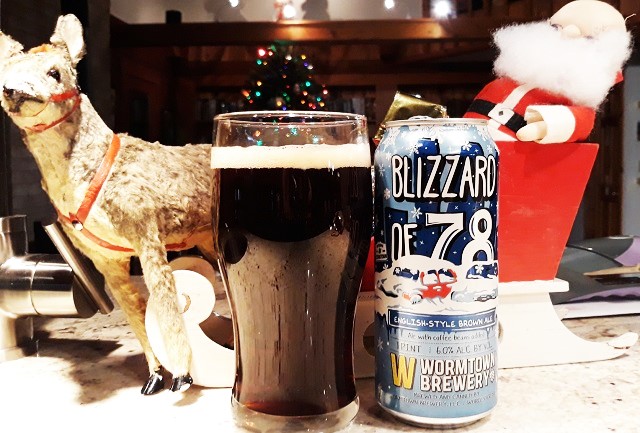 With a winter storm warning now in effect here until Tuesday at 1 pm, seems like a good time to prepare by drinking some Blizzard of 78 from the Wormtown Brewery of Worcester, Massachusetts.

True, it might have been better to have had this brew last year, when Worcester was observing (if not exactly celebrating) the 40th anniversary of the two-day nor’easter that began on Feb. 6, 1978, and continued for some 35 hours of snowfall with winds raging up to 50 mph at times.

The snow totals were impressive if not the most the area has ever seen—20 to 30 inches in some spots—but it was the initial fury of the storm that created the havoc of stranded vehicles (represented on the can label) leading to impassible roads, not to mention snowdrifts that reached the roofs of some houses. School was closed for two weeks and rolled right into another week of a one week February break. It was a school kid’s dream come true. 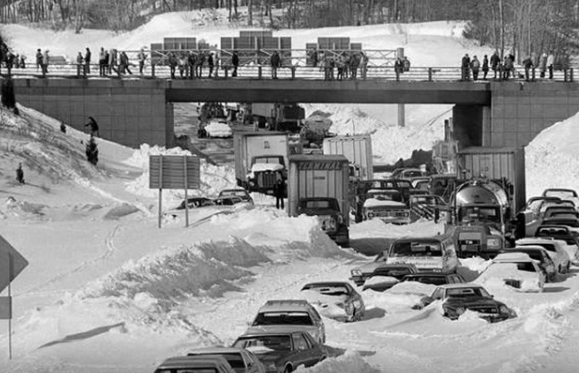 I gather they’re still talking about this one in the area, which undoubtedly prompted this quote on the label of the beer:

“Our winter offering pays tribute to those who were there and those who have endured hearing about it over and over again. We created a classic English-style Brown Ale with fresh roasted coffee beans added from Acoustic Java to give Blizzard of ’78 a rich, smooth character that will make you enjoy hearing more stories of walking through 27 inches of snow, uphill, blah, blah, blah.”

It was in the late 70’s when local DJ L.B. Worm coined the name Wormtown for the city, which he may well have meant in a satirical way as a riposte to Beantown, but the nickname seems to have carried on.

Wormtown the brewery opened in 2010, and in 2015 moved into its current Shrewsbury Street brewery in Worcester. The Brewers Association ranked it 112th among craft brewers in production in 2018, brewing about 25,000 barrels. This year it added a New England style IPA to its year-round offerings, Don’t Worry, to go along with its more traditional and flagship IPA, Be Hoppy. 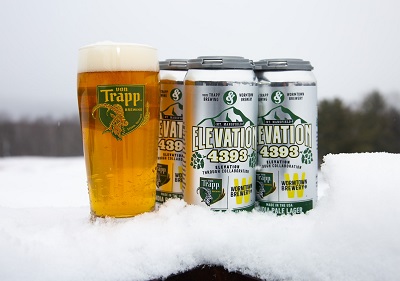 And there are a couple of brews I need to track down from an intriguing collaboration with Vermont’s von Trapp brewery. Wormtown traveled up to Stowe where a lager version of Be Hoppy was brewed, and the trip was reversed so an ale version of von Trapp’s Double India Pale Lager could be produced in Worcester. The former is called Elevation 4393, after the height of Vermont’s highest peak, Mt. Mansfield, while the latter is named Elevation 3293, after Mt. Worcester. Would be fascinating to put the originals next to the new takes.

Though distributed throughout the state and in Rhode Island, New Hampshire and Connecticut, Wormtown maintains a strong local profile, using local ingredients whenever possible (“A Piece of Mass in Every Glass”), such as the coffee in this brew. 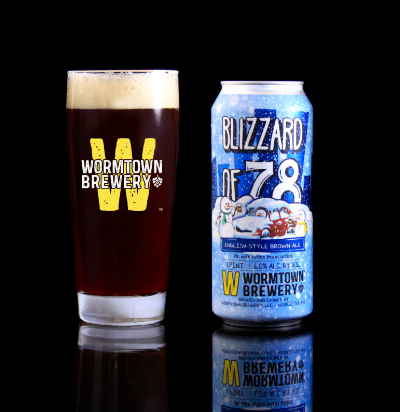 Acoustic Java is a small-batch coffee roasting company with two locations in Worcester. But it makes no small contribution to Blizzard of 78. The aroma is clearly dominated by roasted coffee and toffee, the roast quality emphasized if the beer warms up some. It resembles quite a few of the beers we’ve had so far this season—copious tan head, dark with reddish highlights, but definitely on the brown rather than opaque spectrum.

Nutty chocolate flavors mix in with the sweet caramel and coffee. Other than the addition of coffee beans, the beer is a splendid example of a brown ale, no easy style to come by these days. And the can I’m currently emptying was brewed in October, so it’s as fresh as a berry. Or bean.