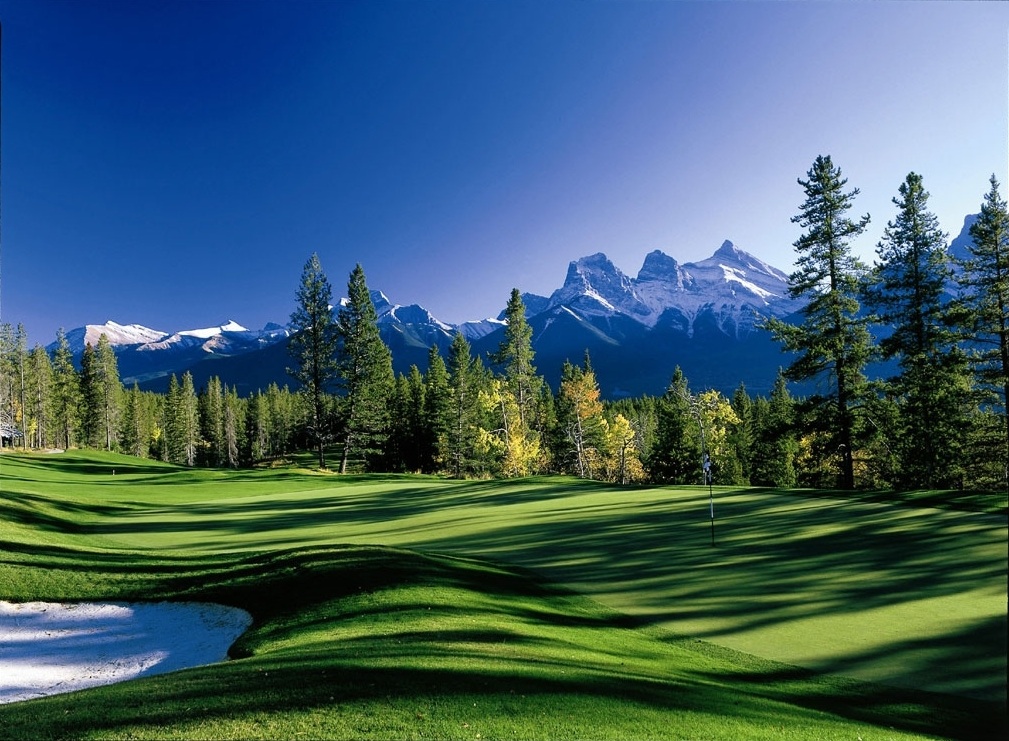 The 7th hole at Silvertip.

Today, July 1st, is Canada Day, the rough equivalent of Independence Day for our neighbors to the north and an appropriate time to tout one of the country’s iconic golf venues, Alberta’s Canadian Rockies.

The sentiment seems doubly justified in light of ongoing efforts to restore the destination after catastrophic flooding that’s recently afflicted southern parts of the province, especially around Calgary.

Not that any excuse is needed. To this writer, the region has bucket-list appeal comparable to places like Pinehurst, Bandon Dunes, Northern Michigan, the Monterey Peninsula. (Disclosure: He also has dual citizenship, having been born in Chicago to Canadian parents.)

It’s a bargain, by luxury-golf-trip standards, devoid of any pretense the phrase may conjure up. And even the intra-trip commute is a thrill, with the recently reopened Trans-Canada Highway – connecting Calgary, Banff, and Jasper – enhancing the visual experience.

Highlights, updated to reflect the Herculean efforts of the locals to get back to normal, include: 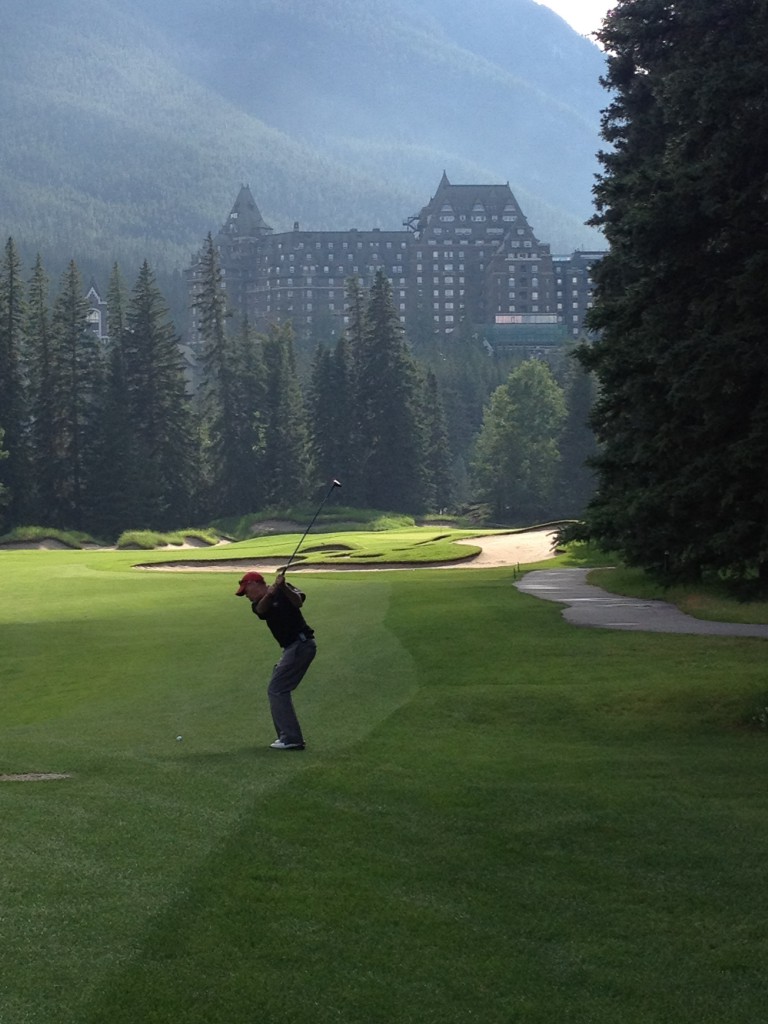 Approach on the 14th at Banff

• Fairmont Banff Springs. All 27 holes are open, including 18 designed by Thompson, dating to 1928, and an underrated nine-hole loop by William Robinson that opened in 1989. Visible from most holes is the fortress-like hotel of the same name, worth a visit even if you stay elsewhere. The town itself manages to be quaint without laying it on with a trowel.

• Silvertip Golf Course. A 15-year-old example from the aforementioned Furber, a household name in the Canadian firmament, it is rightly known for its majestic mountain views. The required clean-up has been extensive but should be complete within days, and the property is about to open a nine-hole course, as well.

• Fairmont Jasper Park. Another Thompson design, it dates to 1925 and was thankfully unaffected by the flooding. The property’s Signature Cabins are stunning, as is the drive from Banff to Jasper.

• Stewart Creek Golf & Country Club. Designed by Calgary-based Gary Browning and opened in 2001, this track makes good use of the wild landscape. The front nine figures to be open by the time you read this; the back may take another week or two.

• Canmore Golf & Curling Club. Perhaps the best walking course in the area, Canmore was first built in 1926, later refashioned by peripatetic Canadian Bill Newis. Both nines have reopened and the course sustained no long-term damage.

The only longer-term casualty of the flooding is Kananaskis Country Golf Club, which suffered such extensive damage it will unfortunately be closed for the 2013 season. A 36-hole complex with courses designed by Trent Jones Sr. and opened in 1983, it redefines the term “muni.”

The Calgary Stampede – AKA, “the greatest outdoor show on earth”  – is scheduled to begin this Friday, June 5 and run through the 14th. This year’s installment will go on, officials insist, and the less-than-ideal circumstances have inspired its “hell or high water” theme, with proceeds from the eponymous t-shirt sales going to flood relief.

It would be a great time to visit and they’ll be happy to see you. Then again, it always is and they always are. 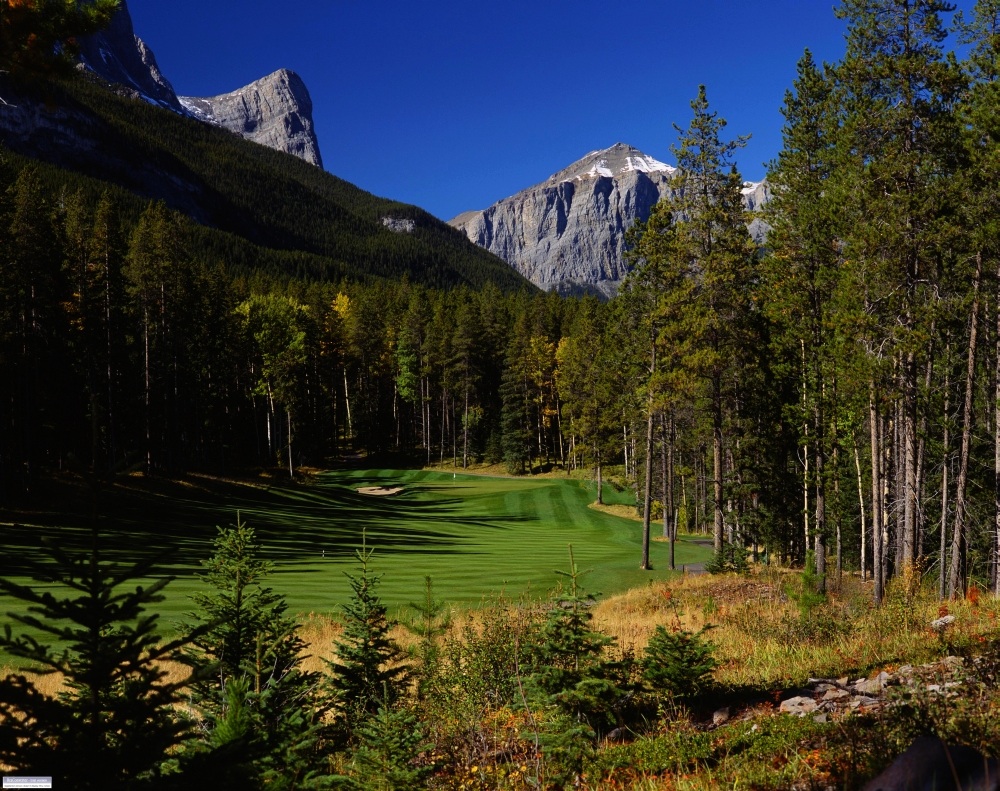