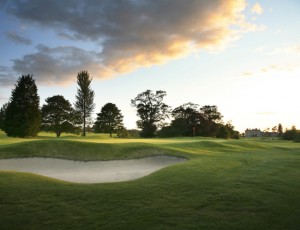 We laid my father to rest last week on a brilliantly clear morning in a quiet cemetery in the town where he lived much of his life.

Surrounded by a few of my close friends and family and an Army honor guard that saluted dad for his service in Europe during World War II in tear-jerking fashion, Armond Torsiello was put into the ground next to my mom, who had passed away almost 17 years ago. They handed me the flag that was draped over dad’s coffin, saluted and thanked me for my father’s service to his country, a service he was so proud of and told me about often, especially in his later years. Another of America’s Greatest Generation gone from the earth by not forgotten.

I owe my father everything I am, of course. He helped care for me when I couldn’t care for myself, picked up after my messes when I was a dumb teenager, helped my family through occasional tough financial times with an ease that only parents can pull off. And he never asked anything in return. I like to think that I did indeed pay dad back later in life by making sure he was fine and happy at the senior housing apartments where he lived in peace after my mom died, and then ensuring he was well cared for and loved when he entered a rest home a year and a half ago.

One of the greatest gifts my father gave me was a love for and participation in sports. Baseball, basketball, tennis, bowling and football, he loved it all and passed that precious gift down to an eager son, his only child. One of my first memories was watching the 1958 National Football League championship game between the New York Gants and the Baltimore Colts on a cold, early December afternoon. Dad was upset because Johnny Unitas was my favorite player and I rooted for the Colts, while he was a New York Giants fan.

There were meetings with great Giants players of the 1960’s during “sports nights”  at dad’s veteran’s club, guys like Del Shofner and Y.A. Tittle, who would drive up to Torrington, Ct. for $500 bucks and a dinner and sign autographs for wide-eyed kids like me until their hands hurt.

Dad never pushed sports on me, rather I absorbed them through osmosis and he loved every minute of it. As I sat next to his casket this week listening to a bugler blow taps, I was taken back to the day when dad brought me to my first Major League baseball game. I recalled vividly how green the grass looked as we walked out of the tunnel and into the stands at Yankee Stadium. I got to see Roger Maris and Mickey Mantle hit home runs that day and I still have a button my dad bought for me of Maris hanging in my office.

Dad also instilled in me a love for golf. He wasn’t very good at it but he liked the game a lot, found it fun to hang out with his brothers and work buddies and walk nine holes on a regular basis. There was the first set of Wilson woods (persimmon) and irons my parents gave me for Christmas and days of being dropped off at a local golf course during the summer, where me and my cousins and friends would spend the entire day playing the game, I think for something like three bucks apiece.

We all caught the golf bug. Arnold Palmer was big then and Arnie was cool. I set up a nine-hole course in our backyard and used plastic golf balls to play fantasy matches between the famous players of the day. One of my friends even went so far as to build a dirt course in an abandoned gravel pit behind his house.

Dad and I would play occasionally. He was a lefty swinger and never really mastered the game, although he became a steady bogey golfer once he retired and joined a league. He and my late uncle, Chet, would get a kick out of how far my cousin and I could hit the ball with our new drivers that seemed so large back then but appear nothing more than 3-woods by today’s standards.

Dad and my uncle would tell some great stories about their golf, like the time my uncle pulled a ball away from some deep rough so he could hit a shot and was reprimanded by his opponent for doing so. “Oh, be quiet, it’s just a game and we aren’t going to be around for much longer,” my uncle fired back and kept right on rolling the ball whenever he needed to.

He and my uncle would occasionally ask what one or the other got on a certain hole and they would answer, “Give me a five,” or “Give me a four.”  Which, of course, was bending the truth a bit, but again it was just a game, so what the heck.

Later in both my dad and my uncle’s lives, my cousin, Rick, and I would challenge them to a yearly match, offering them a stroke a hole in the best-ball format. The Old Guys usually prevailed but that’s the way Rick and I really wanted it to turn out anyway. It was more about re-bonding and expressing our gratitude for all the sacrifices our fathers made for us and the love of golf they instilled in us. I still laugh when I recall dad pumping his fist after he smoked a five-wood to a green on a par-four, knowing that his shot probably secured them the victory and the chance to hold the trophy for one more year.

Dad and I would enjoy sitting in front of the television set and watch the pros play. He loved Arnie and off-beat guys, like Chi Chi Rodriguez and Lee Trevino and then later found a special liking for Mark Calcavecchia and Rocco Mediate because of their Italian-American heritage. Of course, anybody I interviewed also became a favorite of his. He would read the stories I wrote with interest and comment on them when we saw one another. As they say, he was “involved” in what I was doing and it made me feel appreciated. And there is no better feeling you can get from your dad than the feeling of being appreciated.

His proudest moment on a golf course came when he won The Retirees Golf League championships at Eastwoods Country Club, a little nine-hole course in Torrington, when he was 80. I waited for him to come in on the last hole so I could find out what happened in the big championship match, and there was dad, riding on back of the golf cart with his partner, smiling and waving. We knew dad had finally won that darn cup, closing his opponents out on the eighth hole, after so many years of trying.

Dad is gone now but not really. He lives in my soul and in my memory and I’ll think of him every day, especially when I’m on a golf course, a place that he taught me to love and enjoy. In the end, the greatest gift a father can give to his child is just that, to love and enjoy life.

Dad stopped playing golf a few years back because he was having trouble with his balance. I’ll turn his left-handed sticks over to my daughter, who somehow picked up this backwards approach to the game from grandpa. Jen and her husband Brandon are having a baby in a few weeks and we will all try to infuse in him a love for anything involving a ball, just like my father did with me.

Goodbye dad. See if you can arrange a few more birdies and maybe an eagle for me. I miss you.