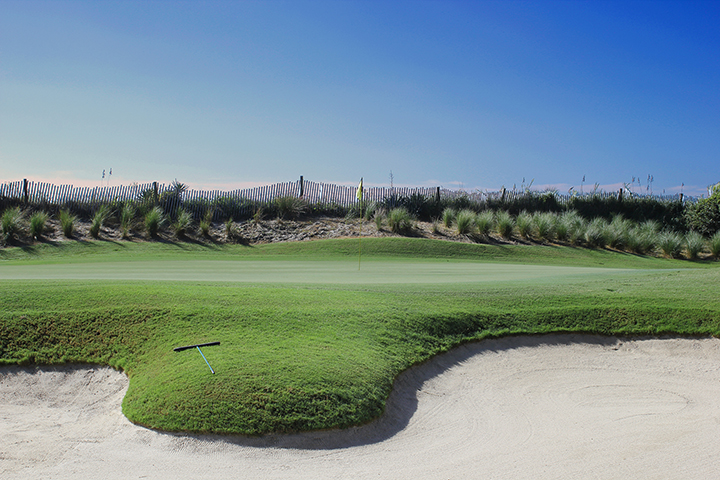 I love Lowcountry golf. You get spoiled real easy; flat lies on the fairways, manicured Bermuda grass propping the golf ball up like it was on a tee, the sounds and sights of wildlife all around you, the fabulous eye candy of the wetlands, marshes and ocean tingling the senses; warm ocean breezes. Yeah, for my money it’s hard to beat the courses of coastal South Carolina.

My buddy, photographer Mark William Paul, and I tasted one more such treat on a visit to Charleston recently when Mike Vegis, the affable director of public relations for Kiawah Resort complex on Johns Island, invited us to test out a Jack Nicklaus design called Turtle Point Golf Course. The layout is one in a stable of five daily fee courses that grace the resort, the most famous, of course, being the Ocean Course, which has hosted numerous big events including the Ryder Cup and the PGA Championship. For my money, Turtle Point is the second best of the group, and is rather unheralded, existing in the shadow of its more famous sister course just a mile or so away. But Nicklaus created a beauty that winds through the marshes before it rambles (for three holes) along the Atlantic Ocean, the latter feature being perhaps the track’s most significant attribute and calling card.

It was a sunny, somewhat misty morning when we teed off and the day almost got off to a poor start when my first drive was duck hooked toward a pond on the left side of the par-four, splashing into the water a mere few feet from a majestic snowy egret that was munching on his or her breakfast. As we watched in horror, the bird escaped damage and I was left to wonder how hitting the bird would have gone over with Mike Vegis and the maintenance crew, never mind having to likely fill out all kinds of environmental reports had the bird met an untimely demise at the hands of a half-awake golfer.

Anyway, thus shaken I proceeded to hack up the hole, and a few more, before I settled down and started playing par golf, which Turtle Point allows you to do if you keep the ball straight off the tee and take what each hole gives you. For example, both Mark and I hit desultory drives on the 388-yard par-four sixth and were left with long second shots to a green that is protected on the left side and partially in front by water. I took out my trusty Adams Tight Lies and hit a slight draw, aiming for the safe right side of the putting surface. The ball did as I had hoped and I was left with a 30-foot putt and an easy par.

The front nine ends with a real good 428-yard par-four that demands a strong tee shot to the right side of the fairway and then another wise approach favoring the right side on the dogleg left hole. There’s water on the left so the bailout is right. I found a bunker on the left and got up and down for a satisfying par and a solid conclusion to the front nine, especially after the near winged disaster on the first tee.

A few words on the greens at Turtle Point. How about simply the best I’ve ever played on? Mark agreed. Course superintendent Steve Agazzi and his staff do a remarkable job on the course as a whole but the putting surfaces are like soft carpets that have nary a blemish on them. They roll fast and true, which makes putting a delight, the ball never bouncing or moving right or left on you unexpectedly. Just awesome greens.

I thought one the best holes on the track, with the exception of the holes on the ocean, was number 11, a dogleg right, 408-yard par-four that has water to the right starting at about 150 yards and bisecting the fairway in front of the putting surface. I hit a booming fade off the tee that left me with only a nine-iron to a large green. My second shot was a tad off and I faced an up and down that I could not execute on the fast greens, as the chip was downhill all the way to the hole.

We worked our way to the much heralded stretch of holes that sit along the ocean and found them stunning.

Number 14 is a 174-yard par-three that plays out of a chute of bushes. You can hear the ocean roaring as you walk to the tee, which only adds to the visceral excitement of the moment. We were playing a few tees up from the back, so I was able to hit an eight-iron into the rather small green that is lifted up a bit and which affords a look at the sparkling Atlantic. I two-putted and Mark got up and down for par. It’s hard not to gape at the multi-million dollar homes that grace the left side of the 14th and wonder what it would take to call one of the beauties home, or second, or third home. That’s the way it is at Kiawah, one of the most prized addresses in the country.

The 15th is a 385-yard par-four that has the ocean all along its left side. A driver and five-iron put me in a greenside bunker that I hit a nice shot out of only to pull my seven-foot par putt. I guess I can claim that I was distracted by the natural beauty of the surroundings and the pounding of the nearby surf.

The 16th is another par-three of 179 yards that again plays out of a chute of sea shrub. There are waste areas all around the green, which we both avoided, and walked off with bogeys after I was unable to get up and down from in front of the green and Mark three-putted, bemoaning the fact that he didn’t pause and reset after a bug alighted on his golf ball while setting up for his par putt. But again, with nature all around it isn’t too difficult to get distracted when playing Turtle Point.

Number 18 is a tough finishing hole that plays 434 yards from the tips. You’ll need a good drive to reach a narrow landing area and then a crisp mid-iron shot over water to find a green that sits on a peninsula.

While not overly long, Turtle Pont asks you to approach each hole thoughtfully. There is water or marsh pretty much everywhere and fairway and greenside bunkers to complicate matters. A good short game is also essential at Turtle Pont, because you will find yourself with testy chips if you miss the greens only slightly. In addition to being on the fast side, the putting surfaces are somewhat undulating and can be tricky to read. The wind was down when we played, which was a plus. If it is coming hard off the ocean, club selection will be complicated.

The course plays 7,061 yards from the tips and I suggest you move down to 6,503 yards or even 6,210 to allow for a more enjoyable round. Believe me, we bounced back and forth between tees and the course has plenty of bite and challenge whatever distance you play it from.

Turtle Point is about as good as golf gets and is one course you don’t want to miss if you are in the Charleston area. Visit www.kiawahresort.com.