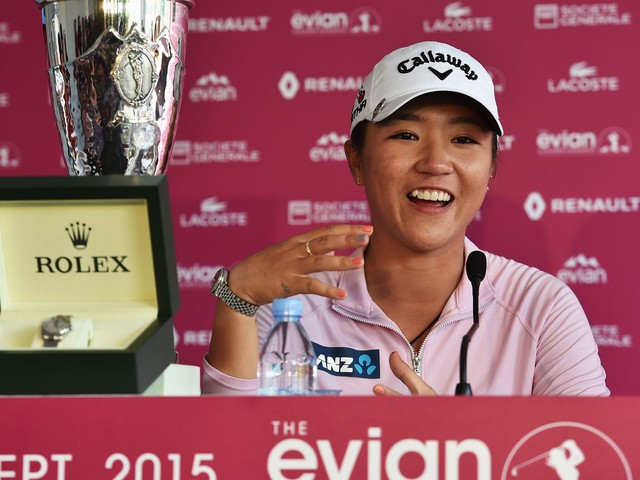 One Day Lydia Ko Could Win a Ladies Masters

In the week leading up to the US Women’s Open, I have an idea for the world of women’s golf: what if Augusta National hosted a Women’s Masters? That one decision by the members of Augusta National would have huge ramifications for so many groups. By the way, I think this only happens in a weird universe where, say, Bernie Sanders becomes President but it’s fun to think about the fallout. Let’s start with the LPGA and women’s sports in general. Seeing the greatest women golfers compete on the world’s greatest and most recognizable golf course would be a huge boost for the LPGA. Already, the LPGA has one of the more marketable women’s sports franchises in the US. You could argue that women’s tennis is more popular. Serena Williams has obviously boosted the visibility of the sport with her recent dominance. But when she retires there isn’t really any American waiting in the wings. And when you have a revolving door of Russian shriekers it’s hard to see Americans fans continue to follow that. The other popular lady sports occur every four years: Women’s World Cup Soccer and Olympic sports like gymnastics and figure skating. The WNBA is leaking oil, unfortunately. The women’s college basketball stars are familiar names: Rebecca Lobo, Sheryl Swoopes, Diana Turaisi and Breanna Stewart (who won the Most Outstanding Player in the NCAA tournament 4 times!). But that hasn’t really translated to viewers for the WNBA.

If the LPGA could somehow land the Women’s Masters it would be a huge story. The day the decision is announced it’s the lead on Sportscenter. Hell, it’s the lead story on Sportscenter any night in the last 20 years except maybe the night when LeBron broadcast his “The Decision”. The TV ratings would be off the charts the first year. The ratings every year after that would, undoubtedly, surpass any other of the other golf majors and probably every other annual women’s event.

So if this actually happens, do they eject one of the other majors? Or do they just have five majors? Uhh, [long pause] I just searched for Ladies Golf Majors and, since 2013 when the Evian Masters was added, they already have 5 majors! Wow, I didn’t know that they already have five majors and they already have a Masters. Sooo, I think we know exactly which one they need to dump. The Evian Masters is currently played in mid-September and is the season’s final major. Replace the French Masters for the real Masters in that slot and make it the season championship with only 32 players. And, get really freaky: make it match play!

And how would this work out for Augusta National. The club could sure use some positive press in the equality front. The club didn’t allow women members until 2012! It’s been 4 years since then and it still seems like an amazing sentence. It was like hearing my great aunt refer to black people as coloreds in the year 1993. Except that she was just my great aunt and not a titan of industry and a pillar of the community like every Augusta member.

Ten years before they invited Condoleezza Rice and financier Darla Moore to join, the club endured the Martha Burke controversy. At the time, Hootie Johnson said the club might one day ask a woman to join, “but that timetable will be ours and not at the point of a bayonet.” Bad analogy Hootie. A better explanation would have been, “we’re looking at all our options” and then not do anything for 10 years. But seriously, the club would be getting high fives from everyone. Literally, 100% of the nation could get behind this and there isn’t anything else that gets 100% approval in the United States except free fireworks. It would also allow another set of patrons to enjoy watching a tournament at Augusta National. I would go just to get a pimento and cheese sandwich and a beer for three bucks or whatever they charge. And certainly the prices for the tickets would be much more affordable.

It would also be great for the game of golf, which after the unfortunate Muirfield incident, needs to start at least looking more inclusive. I’ll be honest, sometimes it’s uncomfortable to be associated with the game of golf. Have you seen that commercial where Arnold Palmer, Kevin Nealon, Chris Bosh and some other dude pretend like their friends and they take some great prescription drug together? When I saw that commercial for the first time and when I heard Muirfield voted to not allow women members it made me not want to be a golfer. Speaking of inclusive, a Women’s Masters would be held in the South and the South could always use some inclusive cred.

So that’s it. It’s a win for almost everyone: women’s sports, the LPGA, Augusta National, TV viewers, potential patrons, the South. The only people that might not like it is Augusta National members who would have to give up tee times for another week of the year, although, who really cares about them. But, unfortunately, they make the call on this. And my prediction is a 37 year old Lydia Ko wins the first one in 2034.