I am making my first pilgrimage to the Bandon Dunes Golf Resort in Bandon, Ore. this Thursday.  Like most first-time visitors, I am bubbling with excitement to finally play at a place that I have heard and read so much about. 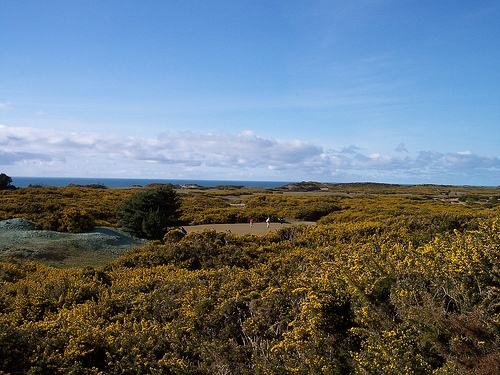 Making the wait even more excruciating is the fact that I originally had a reservation in 2006 with five other friends for a guys’ outing to Bandon. Unexpectedly, one man bailed–for what reason we’re still not sure–creating a domino effect on the others that resulted in us canceling less than four weeks before our trip. Following that, I promptly moved to Miami, about the farthest place in the lower forty-eight from the Oregon coast.

I knew that my return to the Bay Area, and the direct flight to North Bend from SFO, would mean that I would get a chance for redemption.

And so now, almost six years later, I will finally get my chance. No, I didn’t get all six to return. There are two of us. Some might see that as disappointing; I just see it as a different experience. It’s going to be great regardless.

Here is our lineup for the week:

Any advice from those of you who have been?  Also, anyone else had a buddy trip canceled because of the one-man-bails domino effect?

Leave a Reply to gabegarciagolf