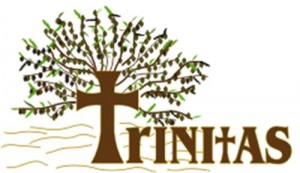 In January, I previously covered some of the very interesting legal issues associated with the Trinitas Golf Course in Valley Springs, Calif.  On Tuesday, owners Mike and Michelle Nemee scored a major victory in keeping their doors open to the public when a U.S. bankruptcy judge ruled that the course may continue to operate while the case is pending appeal in U.S. Federal District Court.  “The dream lives on,” said Mike Nemee, “This [ruling] will keep golfers golfing for well into 2013 and beyond.”

The story of Trinitas has been called “golf’s ‘Field of Dreams'”.  Seven years ago, the Nemees bought a 400-acre olive orchard to harvest and make olive oil.  During the process, Mike began sketching golf holes that might fit amongst the olive trees.  After some encouragement from friends, he designed and built a full 18-hole golf course on the property almost exclusively by himself with no prior golf course design or construction experience.

Dana Nichols of the Stockton Record chronicles some of the legal procedure that took place during the Bankruptcy Court hearing on February 21st:

Judge Lawrence J. O’Neill of the U.S. Eastern District Court branch in Fresno wrote in a ruling posted late Friday that allowing Calaveras County to enforce its code banning golf on agricultural land would do “irreparable harm” to the Nemees’ golf business. An earlier ruling by a judge in U.S. Bankruptcy Court would have allowed Calaveras County to begin enforcing its zoning code Tuesday.

Yet whether the stay on enforcement can keep Trinitas open is unresolved. Community Bank of San Joaquin is scheduled to sell the property at a foreclosure auction on March 1.

In October, the Nemees lost a legal battle when U.S. Bankruptcy Court judge Ronald Sargis refused to grant the request that Trinitas be considered a form of agrotourism under the Calaveras County zoning code.  The Nemees argued that golf, combined with the olive harvesting and nature-going on the property, was a legitimate form of agrotourism which would provide an exception to the Nemees needing a permit to operate a golf course on the property.  Sargis denied their request in December and the Nemees filed an appeal in the U.S. Federal District Court.  Judge O’Neill’s ruling on Tuesday allows Trinitas to stay open while the appeal is being litigated.

I have played at Trinitas several times and I encourage everyone to visit the course.  It has often been labeled as “quirky” but that shouldn’t be understood as a bad thing.  The hole layouts are unique mostly because Mike Nemee wanted to remove as few trees as possible (he removed only six in the building of the course.)  You have a spectacular setting for golf in the Sierra foothills teeming with wild life.  The greens always run quick and true (Mike says they always run at least 11 on the stimpmeter) and the course, especially in the winter, plays fast and firm with lots of roll on the fairways.

Three is the magic number at Trinitas, making reference to the tripartite construction of the trinity.  As noted golf blogger, Bob Fagan, writes on his review of Trinitas:

The Nemee’s are religiously inspired and you will discover all types of facility features that are inspired by the “Trinity” with 3’s greeting you in the yardages, bunkering, mounding and other golf course features, and more.  The course is really a special experience, a fantastic walk, and a facility worth the golf community rallying behind.  And remember, I rank its par-3s among the best in California!

Despite Trinitas’s favorable ruling on Tuesday, the legal waters are still very precarious.  The prospective foreclosure sale and ultimate resolution of the appeals case could threaten the course in the future.  I encourage anyone to play the course in case it is lost to the public forever.

One Response to “Trinitas wins battle to stay alive”