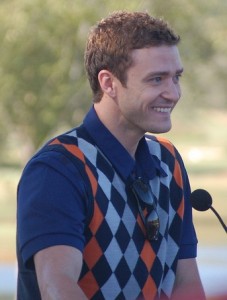 On December 15, 2011, Callaway Golf announced that Justin Timberlake would be joining the company in an advanced creative director position.  Timberlake, a singer and actor, is also very active in the game of golf.  He participates in a number of celebrity pro-am tournaments, hosts the Shriners Hospital for Children Open, and has an ownership stake in Mirimichi Golf Course in his hometown of Memphis, Tenn.

The move by Callaway is unprecedented.  First, Callaway is choosing to use a non-golf celebrity to endorse and promote its products.  It is a unique and risky proposition that no other golf equipment manufacturer has successfully managed.  Second, Callaway’s greater goal is to use Timberlake as a global brand ambassador.  They believe that Timberlake has a pulse on “what’s cool” and are seeking to leverage his status as a pop culture icon to increase Callaway’s sales.  But just how successful will such a strategy be? Despite what some detractors may think, this author thinks it’s a great move by Callaway for a variety of reasons.

First, the game of golf desperately needs new participants—particularly those from younger generations who will play for years to come.   Jeff Colton, Callaway’s Sr. Vice President of Global Brand and Product, has stated, “[Justin’s] creative energy will serve us well as we connect with the next generation of golfers.  The opportunity to bring someone with his multifaceted talents into our creative matrix is very rare, and his input has already made an impact.”  There is no doubt that Timberlake is a recognizable face amongst young adults.  As a pop singer, actor, and frequent host of Saturday Night Live, he has a large following among today’s youth.  He is funny, good-looking, and multi-talented—why not take a chance at having a fresh face introduce the game to young people?

Second, Timberlake’s course in Memphis, Mirimichi Golf Club, is well-recognized for its dedication to environmental stewardship.  Timberlake cares passionately about the subject and even does commercials which promote a greener game.  This is an important movement within the industry and while it does not necessarily dovetail with Timberlake’s role at Callaway, it does present yet another reason why Timberlake is an important ambassador for the game, especially amongst those who care about the environment.

Lastly, Timberlake is serious about the game, but doesn’t take himself seriously.  At numerous pro-ams in which he plays, he interacts with the audience and promotes an atmosphere of fun and joy.    Hollywood and golf have had a long standing relationship—look at the continued success of the Pebble Beach Pro-Am, the tournament that Bing Crosby started so many years ago.  He is already one of the most recognizable celebrities to play golf.  Callaway’s selection of Timberlake as a creative director is a natural extension of that persona and the company should be applauded for trying to take the game in a new direction.  If they sell a few more clubs in the process, good for them.