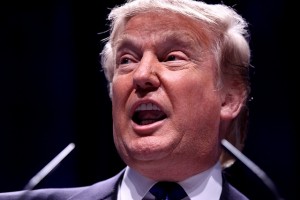 Hannah Sampson of the Miami Herald chronicles Donald Trump’s bid to buy the famed Doral Resort & Spa for $170 million.  The resort in Doral, Fla. outside Miami has been a major South Florida golf destination since its inception in 1962 and plays host to the WGC-Cadillac event each season.

Trump’s bid should come as no surprise given his foray in numerous golf projects worldwide on top of his portfolio of 10 courses worldwide.  The Trump Organization will bid $170 million at the auction of the foreclosed property and plans to invest another $150 million in upgrades upon acquisition of the 650-acre property with five 18-hole courses and the Jim McClean Golf School.

Hedge fund Paulson & Co. and Winthrop Realty Trust foreclosed on five resorts, including Doral, in January, and put them into Chapter 11 bankruptcy in February.

The filing forestalled maturity of $1 billion in mortgages and $525 million in mezzanine debt. The resorts last month reached an agreement with a mezzanine lender affiliated with MetLife Inc. that permits the reorganization to continue to September 2012.

Trump has acquired nine properties in the United States as well as a controversial golf project in Aberdeen, Scotland.  Like much of the mergers and acquisitions market in the golf industry right now, Trump has the advantage as an all-cash buyer.  In fact, with lending for golf-related properties continuing its protracted drought, prospective purchasers with an all-cash bid are at a distinctive market advantage and are finding deals by the dozens.

Some speculate, however, that Trump’s interest in the property is a move to get a foothold in the South Florida hospitality market as the region considers relaxing restrictions on gaming facilities

But Trump, whose name adorns three Atlantic City casinos, said a push to legalize gambling at more South Florida locations will not play into his plans for the 693-room resort. “This really is unrelated to gaming,” he said.