Phil Mickelson won a hearing in Quebec Superior Court related to his defamation suit against an as yet unknown Canadian individual. An unbylined story on Canada.com reveals that the American golfer retained the services of a Montreal attorney to bring suit against an anonymous Internet commenter that spread continued rumors that Mickelson had engaged in extramarital affairs and fathered an illegitimate child: 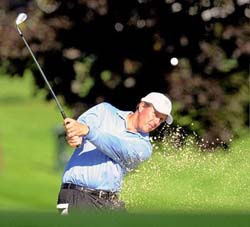 “A Montreal lawyer for the American athlete said Thursday a Quebec Superior Court judge granted a court order Monday to force Quebec-based provider Videotron to release the identity and co-ordinates of the author of several “vexatious statements” posted on a Yahoo! website.

The statements have profoundly shocked the plaintiff and constitute deliberate and persistent attacks on his impeccable reputation,” the golfer’s court documents show.”

The individual has used the pseudonyms “fogroller” and “longitude” when posting on websites in order to hide his or her identity. Videotron now has 10 days to produce the full identity of the individual, after which Mickelson can name the person directly as a defendant in the suit.

In the United States, “defamation” is a tort comprised of slander (spoken comments) or libel (written word) where a communication claiming or implying to be true damages the

reputation of another individual.  For public figures, like Mickelson, the plaintiff must prove “malice” — that the person making the statement had knowledge that the statement was false or was reckless in spreading the rumor.

Canada also follows English common law on defamation issues, except in Quebec, which follows French civil law tradition and therefore has slightly different standards than its common law counterparts.  Mickelson’s suit, based in Quebec, means he must establish, “on a balance of probabilities”, the existence of an injury, a wrongful act, and of a causal connection between the two.  Mickelson also needs to meet a reasonableness standard (as opposed to strict liability); meaning that a defendant who made a false statement would not be held liable if it was reasonable to believe the statement was true.

Regardless of the jurisdiction, Mickelson will face a tough test to prevail in a defamation suit.  These are notoriously difficult cases to prove and even more so when you’re in the international public eye like Mickelson is. More likely than not, Phil is using his deep pockets to hire a locally-based lawyer to ferret out the perpetrator and get them to stop.