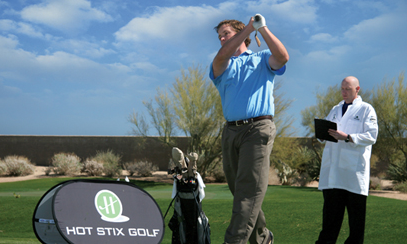 In lieu of Tiger Woods’s proclamation that upon his return to golf at The Masters in Augusta he will be on his best on-course behavior and presumably no longer take out his frustrations over bad shots by flinging golf clubs and cursing audibly, I smiled in recollection of all his past tirades and tantrums.

Sure some of them, like when his launched driver bounced off the turf and ended up carrying the gallery in the last tournament he won, the 2009 Australian Masters, aren’t laughable in the least. But I can’t hold back my smile or quiet my laugh when any golfer, much less a pro like Tiger, casts an accusatory glare at their equipment after failing to chip out of a bunker, make a three-foot putt, or avoid the desert off the tee. Of course, this is blatant hypocrisy on my part: there are times when I know not where my driver is going to send the ball, and after such swings I often avoid getting a good look at what cactus my ball landed near because I too was casting a discouraging scowl at my clubface.

Even now, I still blame that old driver of mine for failing to help me break 90 for the first time five years ago. I mean really, I was standing on the 18th tee needing a bogey to seal it and had been straight off the box all day. All day!

At the time, my clubs were a uncomplimentary mix of irons, woods, a hybrid and some hand-me-down wedges that I collected on the advice of some kindhearted but misguided amateur club fitters – some of whom make their living in the golf industry (obviously not on the equipment side though), others who spend theirs on it (mostly on the equipment side).

Then, I visited Hot Stix Golf’s Performance Center in Scottsdale. It’s one of six Hot Stix locations, with the others being set in New York, Florida, Southern and Northern California. If you’re a golfer, and you’ve stuck around most any clubhouse long enough for a handful of peanuts and a pint of beer over the past ten years, chances are you’ve already heard about the Scottsdale-based club-fitting company. In less than a decade of operation, Hot Stix has gone from an upstart niche company with a cultlike following to a full-fledged industry machine with an even bigger cultlike following. 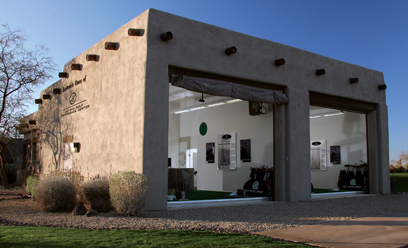 Independent of any club manufacturer or brand, and devoid of any relationships with sponsored professional golfers – although many do visit one or more of the company’s fitting centers – Hot Stix provides club advice as sovereign as you can get in the golf world.

They also provide specifications on clubs and on your swing that are as technical, detailed and reliable as any in the industry. By thoroughly testing every club, every shaft, and every aspect of your unique swing, the club fitters are able to break each component down individually, and then find the club that will match your swing’s DNA.

In some cases there is no difference between the clubs you should be swinging and the ones you carry in your bag now; rather, a degree more loft here or a half-degree less lie there is all that’s in order. In other cases, like mine, it’s time to dump out the bag and start over.

I take that back…according to the specs, all my putter needed was a few tweaks and a two-inch extension.

By the time we got to the putter station though, I had already spent four hours at the Performance Center and had gone through the previous five stations (driver, long game, mid irons, scoring irons and short game) with my own clubs. I had also tried out six brand-new drivers and four different sets of irons.

The entire time, cameras, computers and the watchful eye of a Hot Stix Master Club Fitter Chris Ferguson were fixed on every movement I made, and the resulting flight path of each shot I hit. We, or rather he, discovered that despite my handicap at the time, 20, the irons that lined up best with my swing DNA (and, not surprisingly, the ones I hit best on the range) were a set of Titleist blades that I never would have picked up on my own.

As my club sampling continued I hit the newest drivers from Callaway, TaylorMade and Titleist, but none looked like a good fit. A worry developed inside my head that maybe there wasn’t a driver made to match my swing. That’s when Ferguson said, “I want you to try this Nike for me.”

Boom. The computer readout indicated I just gained an extra 20 yards beyond my previous average distance. Plus, according to the numbers, I was making ideal contact and getting ideal spin on the ball while producing better flight and trajectory patterns. I had hit the Nike driver once previously but was turned-off by its broken glass acoustics enough to not swing it a second time on my own. Seeing the results of my tee shots on the Hot Stix computer screen must have done something to my ears though, because I almost immediately stopped noticing any sound coming from the Nike clubhead upon impact.

And, I’ve had far fewer opportunities to cast angry glares at my clubs as a result. My handicap has dropped five strokes as well, and although that can’t all be attributed to getting properly fit clubs, I can guarantee it helped both in the direction and trajectory my shots now take and in the confidence I now have when I reach for a club in my bag, knowing it’s the right one.

3 Responses to “Join the Fit Club”