Thanks to a 1995 assignment from a feature magazine published by the Discovery Channel, I was granted one of the first inside looks at Callaway Golf’s new test center in Carlsbad, Ca., where a top secret computerized swing analyzer enabled physicists and engineers to develop the driver heads and shafts of the Big Bertha, Great Big Bertha and subsequent generations of high-tech fairway metals, irons and more.

I also was invited to spend an unexpected hour with Ely Callaway, the company founder and former vintner who was much more interested in a book I’d written on the wine industry than in his clubs.  Only after I Scout’s-honor promised to mail him an autographed copy would he finally talk about golf and technology.   “We never claim that our drivers will make you a better player,” Callaway memorably allowed.  “But we do believe they can make the game more enjoyable.  Just try the clubs and see what you think.”

Callaway Performance Centers pack those 8 acres and a research building into a small and efficient fitting space.

What I think is that if Ely were still alive, he’d get a huge kick out of the fact that the guts of that leading edge test facility have been compacted into a few hundred square feet, and can now be found at the more than two dozen Callaway Performance Centers in North America, Australia, Japan, South Korea and the United Kingdom.  An eight acre expanse of emerald fairways embedded with motion-detecting sensors – – and surrounded by a trio of weather stations that fed data on wind speed, direction, temperature, barometric pressure and dew point directly to computers in the research center – – the test center’s equipment revealed the speed of a clubhead pre-and-post-impact, the speed of the golf ball at launch, its trajectory, spin rate and distance including carry and roll.

The same stuff is now concentrated in the Callaway Performance Analysis System, one of several computerized fitting systems.  A service once available only to leading professionals, custom club fitting is today pretty-much standard for anyone giving a whit of thought to buying new clubs, though technology developed in research facilities such as Callaway’s.

I also think that Ely might be mildly amused to learn that 17 years later, his office guest would be a Golf Road Warrior on the metaphorical freeway to Palm Springs, sponsored by Callaway Golf, fitted at a Callaway Performance Center, and outfitted with a complete set of irons, wedges, a driver, fairway metals and a killer Odyssey White Hot Sabertooth belly putter, all packed into a Callaway carry bag.  Good karma, I guess, for sending the old winemaker the book.

In advance of the GWR assault upon the finest golf, dining and luxurious accommodations the fabled Coachella Valley has to offer, I headed to the Golf Mart in South San Francisco, which was the site of the nearest Callaway Performance Center.  There, Club Fitting Specialist Nick Regnart put me through a series of swings with several very different six irons, all of which are part of Callaway’s Razr line.  I tried the Razr H HL iron, which is also called “The Forgiver” because its low center of gravity launches shots higher even on impacts low on the clubface.  We tried “The Player,” which is the Razr XY Tour Irons. 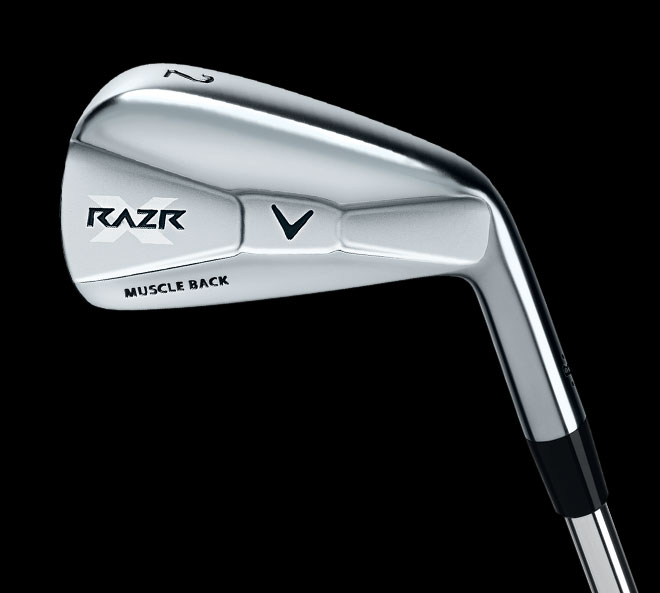 However, what felt best in terms of feedback and also performed best – – with a little more distance and a tighter shot pattern – – was the Razr X Muscleback irons, designed by legendary club maker Roger Cleveland.  Over the years nearly all Callaway irons have featured fairly deep cavities in the back of the clubhead, a foundation for the perimeter weighting that makes these sticks forgiving and pleasing to hit.  Inside are components that brand the club with Callaway’s signature X.  If you look close at the rear of the muscleback heads, they feature an unevenly shaped X out of shallow and narrow channels.  It thus looks almost like a perimeter-weighted club with more metal and weight near both the heal and toe, yet also has the heft of a true forged blade.

The stats and specs that Regnart produced were virtually identical to what I’ve learned from other fittings.  We choose irons with shafts that were a half-inch over standard length, and a lie angle that’s two degrees flat from standard, since I tend to hit standard out on the toe.

For a driver we went with Callaway’s Razrhawk, but with a 9.5 clubface, a degree less than what I’ve been playing.  We compared my regular driver and found we could get more distance by controlling a ballooning ball flight, and with a draw bias that corrects for a pesky fade.  The Razhawk three metal is a canon; I hit it almost as far as the driver.  For wedges we went with Callaway’s Jaws series, with lofts of 52, 56 and 60 degrees.  Distance tests before the trip to Palm Desert showed these played identical to several previous sets of wedges.

To wrap up a very thorough fitting that took about an hour, Regnart also recommended I play the HX Diablo Tour ball.

While visiting Callaway Corporate headquarters in 1995 I was accompanied by a young Jeff Colton, who had just recently earned a degree in applied physics. Today he’s the senior vice president of Global Brand and Product, the group overseeing the Golf Road Warrior sponsorship.  While the corporation has gone through a number of management changes since Ely Callaway’s heyday, what remains is an attention to aesthetics, so evident in the design of my muscle back irons.

Back in the day, Callaway not only put research money into materials that helped golfers hit the ball straighter and longer, but in a way that felt and even sounded better than previous 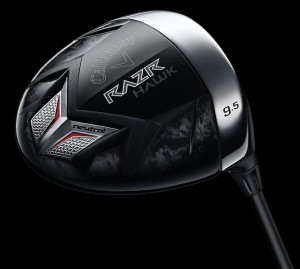 When the Razr Hawk driver makes contact with a golf ball, a square hit feeds back through feel and Callaway's distinctive sound.

types of clubs.  Colton’s supervisor at the time explained the importance of acoustics, and its affect on the composition of the Big Bertha.  After all, Callway designers knew that the with new-fangled Ruger titanium drivers, golfers had to instantly appreciate a sound much different than the click of a persimmon-headed driver.  So, whether it’s clubs, apparel, golf balls or travel gear, Colton and his colleagues continue to develop products that may or may not make you a better golfer, but most certainly add to the enjoyment of the game.

Not that Ely Callaway always looked forward.   Since his company had only recently moved into its then-new Carlsbad headquarters building, he good-naturedly groused that he could never find anybody when he wanted to ask a question or get something done.  “I used to just stick my head out the door of my office and everyone in the company could hear me yell,” Callaway explained.  “It kind of makes me miss the old days.”

I personally regret that Mr. Callaway is not around to return the favor, because today I’d make him Scout’s-honor promise to autograph the Performance Center fitting sheet for my Callaway golf clubs.