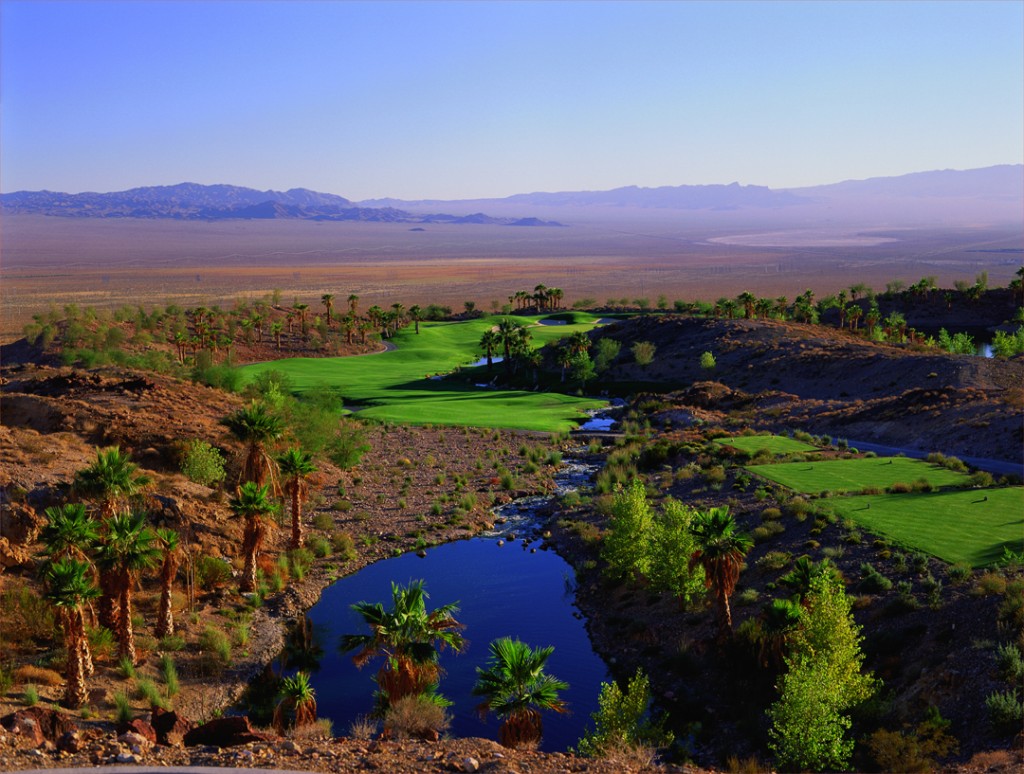 Not far from Area 51 in the Nevada desert lurks a secret as well-protected as any alien spacecraft and no less unlikely.  Tucked into the mountains above Boulder City thirty minutes from Las Vegas lies Cascata– a golf club so private that it has no members, a place so exclusive that the most powerful people in the golf business are afraid to talk about it.

To appreciate Cascata’s niche in American golf requires some context.  In the late 1980s, Steve Wynn, who was chairman of the company that owned The Mirage Hotel and Casino, built Shadow Creek Golf Club on a flat piece of desert wasteland outside Vegas.  Tom Fazio, who designed the course, has said that Wynn gave him an unlimited budget and he exceeded it.

After opening in 1989, Shadow Creek began providing an elite clientele with a private golf enclave.  To garner an invitation, you had to stay at The Mirage and either be famous or gamble a lot of money or both.  Wynn reasoned that guests would spend enough in his casinos to off-set the expense of operating the course.  By excluding most people, Shadow Creek’s mystique grew to Vegas-style proportions.

But three years ago Shadow Creek began offering tee times to any old Mirage guest willing to pony up $500 for the pleasure of whacking golf balls beside the likes of Michael Jordan and former President Bush.  Some industry insiders site large deficits to explain the club’s unexpected democratization.  Whatever the reason, though, several years ago MGM decided to build an ultra-private golf course to rival Shadow Creek and possibly win over some high-rolling devotees of its own.  MGM hired course architect Rees Jones to design a stunning high-budget venue (for a price tag rumored at upwards of $50 million) with huge elevation changes and dramatic water features in the desert outside Boulder City.  But before crews finished building the place, MGM bought Mirage Resorts.  Faced with owning two ultra-exclusive deficit-producing golf courses that cost a gazillion dollars, MGM sold off Cascata to Park Place Entertainment (PPE), a publicly-traded New Jersey gaming company that owns Caesar’s Palace and other casino properties.

Cascata opened quietly this past November without issuing a single press release, and without a journalist or public relations specialist in sight.  They generated not a pica of hype.  They staged no gala full of waltzing demi-dignitaries.  The club’s phone number remains unlisted.  In fact, Park Place Entertainment has deflected all press requests to see the course, claiming they’re just not ready for publicity yet.  They have essentially waged an anti-marketing campaign.

Failing to receive any kind of entree to Cascata through corporate and pr. channels, I tried to talk my way in as a potential client.  Surely they must have potential clients, I reasoned.  So I called Caesar’s Palace and identified myself as a gambler who was coming to Vegas (I was coming to Vegas) and wondering what it might take to play a round of golf at Cascata.  A series of phone transfers eventually landed me on the line with a Senior Credit Executive, who evaded my inquires by saying that Cascata carried “a high criteria.”  I implied that this wouldn’t pose a problem, and asked if he could be a little more specific.  He hesitantly suggested that I might, for example, want to open a casino line of credit for, say, $25,000 and gamble with that money.  But $100,000 might better ensure my invitation.  He was kind enough to add that I should only gamble at a level I was comfortable with.  “Why blow $25,000 for a round of golf?” he asked.

Unable to gather much more information about the golf course itself although I pursued a multitude of sources, I finally called architect Rees Jones’s office.  I figured that the designer of such a purportedly fabulous venue would want to talk about his work.  When I told Jones’s assistant what I was after she laughed good-naturedly and wished me luck.  Jones himself, known for his media accessibility, said, “They’re being very private about this.  I don’t know if I’m supposed to talk to you.  I’m probably in trouble already.”

But after receiving “clearance” from PPE, Jones was able to offer a few words about Cascata.  “It’s the eighth wonder of the golf world that they considered building a golf course on that site,” he said.  “We made our own soil, blasted rock, recreated streams– it was a phenomenal undertaking.  You can’t imagine.  I can tell you everything, but no matter how I pump it up, it will actually exceed what I tell you.  You have to see it.”

A week later, in Vegas on other business, I tried to do just that.  I pulled off the highway at Boulder City, turned left past the “Private: Do Not Enter” sign, and eventually came to a lonely gate erected as if it could hold the desert at bay.  First, I rang the buzzer and asked the voice that answered if I could just come in and have a look around.  He told me: sorry, no.  So I climbed out of my car and circumvented the gate on a rocky hill from the top of which I could see Cascata’s sprawling clubhouse and a line of palms I knew defined Jones’s artistry.  But not wanting to be spotted, I circled back on a dirt road that ended close to where the course lay.  As I prepared for a short cross-country walk, a shiny truck with the Cascata logo drove up to the other side of the padlocked fence where I’d parked.

“Can I help you?” asked a security guard who was clearly not there to help me.

“I was looking for a place to hike.”

“This is private property,” he said, rattling the fence with both hands as if strangling it.

Rebuffed, I drove back toward town and stopped at the Rebel mini-mart half a mile from Cascata’s entrance.  As I paid for my coffee I asked the cashier if she knew anything about the new golf course up the road.

“Not much.  I know they’re taking applications.”

“For membership?” I asked, surprised.

She looked at me strangely.  “For maintenance jobs.  They’re paying $12 an hour!  Just drive up and they’ll buzz you in.”

Just by writing about Cascata here we’ve probably furthered the success of their anti-marketing campaign.  Just by reading this story, you probably want to play golf at Cascata, too.  Not only because it might be a great golf course, but precisely because you’re not welcome.  Unless you need a maintenance job. 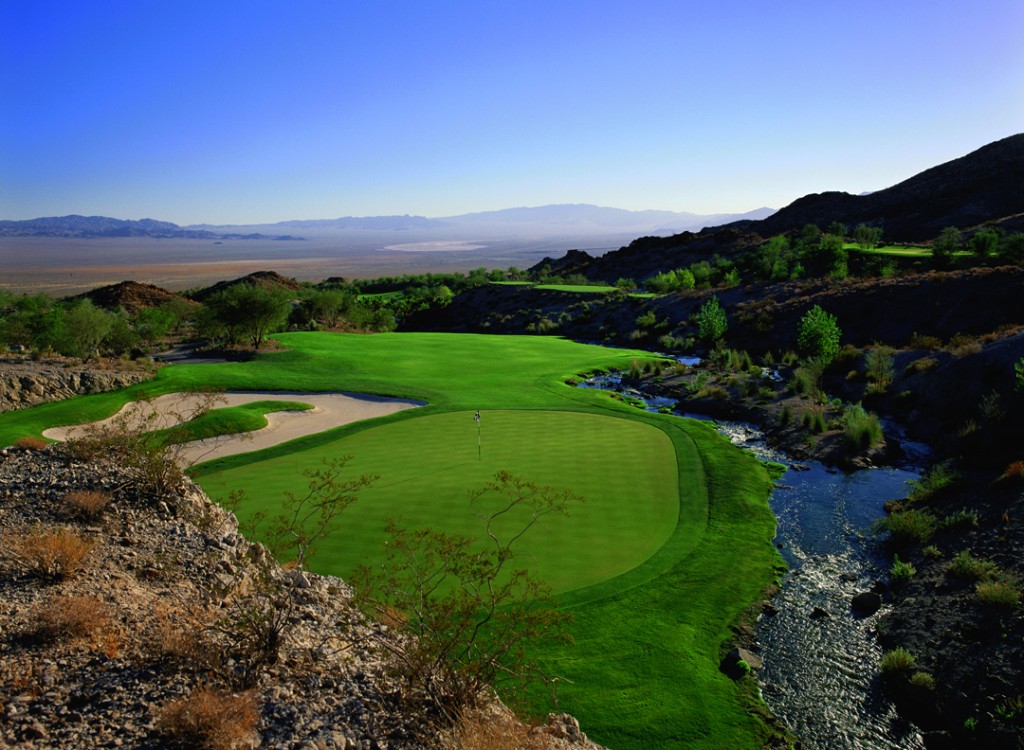 A much-condensed version of this story appeared in Sports Illustrated in 2001.