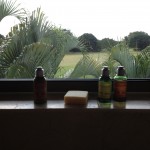 View from the shower.

1.  The view from my shower is of the golf driving range.  As I stand under a spray of hot water I can see the flags rippling in the Trade Wind, and it quickens my  pulse for tomorrow’s golf.

2. Personal golf carts as resort transport.  You need one to cover even a small part of the 7,000 acre resort– to go from the ample breakfast buffet at Lago Grill (don’t miss the passion fruit juice) to the beach club for a dip in the warm Caribbean, to the Marina, to Polo, to the shooting range . . . you get the idea.

3. A 16th century Mediterranean village of cobblestone streets hanging over a cliff above a river emptying into the sea?  Are you kidding me?  And while you’re there, how about dinner at La Piazetta while serenaded by live accordion and guitar at an eatery right out of Tuscany.  Don’t miss the lamb chops and virtually any of the pastas, washed down with a dry Chilean red wine.

Two Things I Never Did Before 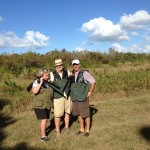 1.  Shoot trap and skeet.  And now I know the difference– trap being the firing of 20-gauge Barreta shotguns at clay targets flying away from you and skeet being the firing of the same gun at targets flying cross-wise and toward you.  Our instructor, Hermogenes Guerrero– assistant shooting instructor at Casa De Campo’s shooting center– described the sport in a way that presents it as very similar to golf.  “Trap and skeet shooting is a game like any other– you have to concentrate and think about every shot.  You have to set up the feet properly.  It takes hand-eye coordination and you can’t grip the gun too tightly because you have to be able to swing it.”

Nobody was more surprised than warrior Anita Draycott when her third shot winged one of the trap clays and blew it into pieces.  While before we started I would have said that Anita, Jeff Neuman, and I would have been more likely to sprout antlers than to hit any of the targets, we all did so multiple times, to great whoops of joy and fist bumps all around.

2.  Play polo.  On a donkey.  Ah the indignity (for the donkeys) when the Golf Road Warriors showed up to swing brooms from atop the startled animals as an announcer gave the play-by-play and we sought to push a deflated soccer ball across the scoring line while holding on for dear life. 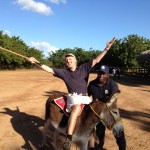 David Whyte gets his ass in gear. 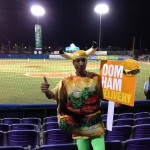 Who is better than the Don Ham guy?

1. Attend a Dominican baseball game.  We went to see the Santo Domingo Toros at the Francisco A. Micheli field, just outside our current lodgings at Casa De Campo.  Highlights included a beer guy who let us ran a tab all night, dinner delivered to our seats by a man dressed as a hamburger and wearing horns, and watching the most explicitly sexual dance we’ve ever seen executed by someone dressed in a bull costume.

2. Tour a cigar factory.  About ten minutes from the resort lies the La Flor Dominicana Cigar Factory– not the large factory, which is located in the north, but a small one where aficionados can watch half a dozen teams of two people hand-rolling cigars.  Our tour started with an explanation of the different parts of the tobacco plant– high, strong ligero leaves; the mid-level viso leaves; and the low, mild, ground-hugging seco leaves, which get the least amount of sun. 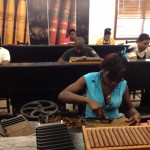 Our guide explained that different plants contribute the filler, binder, and wrapper of the finished cigars– the fine, light wrappers coming from places as far away as Cameroon and Connecticut, and the rest grown locally.

The tour lasted long enough to build great anticipation for the shop, where operation manager (and son of the owner) Ricardo Seijas told us a little bit about the new test blend he was smoking at that moment.  It was the eighth blend his father had developed and so was called cleverly enough, Number Eight.  We also learned that to earn the designation as a “premium” product the cigar must be all natural, aged for at least two years, and made 100% by hand.

I left with a box of Reserva Especials and a smaller sampler pack with an Air Bender, Ligero, Double Ligero, and Reserva Especial.  They’ll make for a nice reminder of this trip every time I pull one out of the humidor back home.

Humidor of my dreams, at La Flor Dominicana. 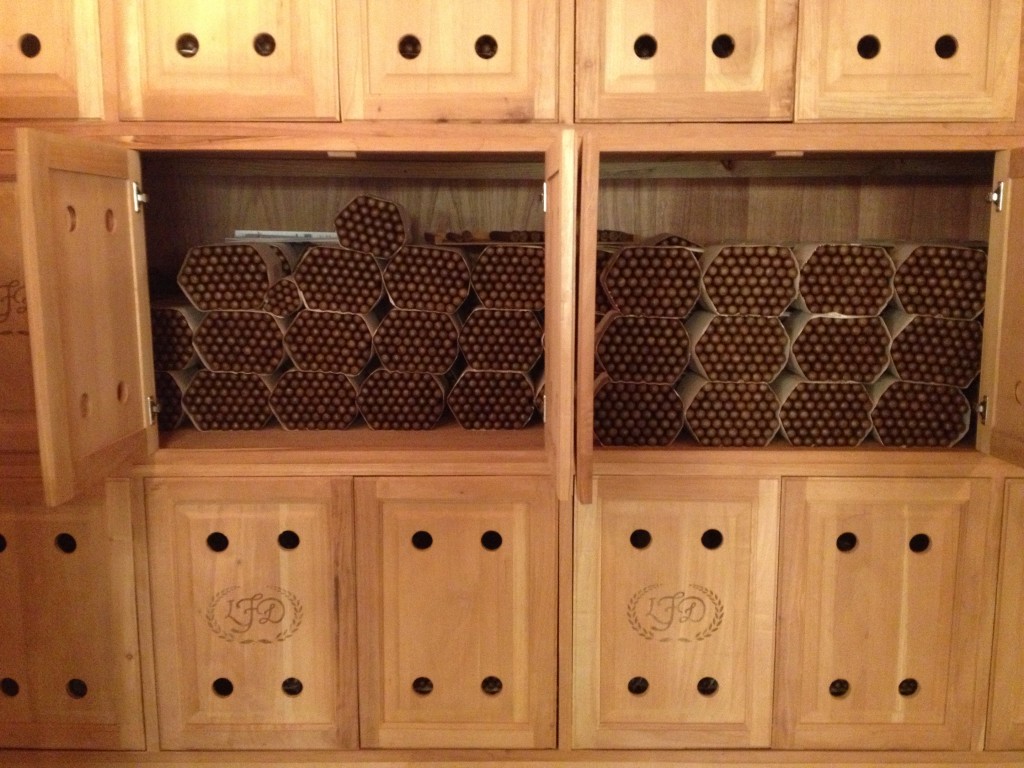