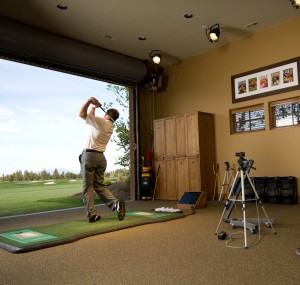 Most definitely not the author.

As a golf journalist I am frequently offered the opportunity of a free golf lesson by an instructor or academy that wishes to show off its great teaching program.  Anyone who’s seen me golf is likely wondering why I wouldn’t take every opportunity of this sort that comes my way.  But I am of the firm belief that by a certain age– unless you are willing to rebuild your swing and risk severe golf taunting and waves of earsplitting laughter from your golf buddies– you basically have what you have.  Sure, an occasional outside view of what you’re doing is helpful, but I am wary of instruction and often put my hands over my ears and shout “la la la la la la la” loudly when someone offers me a “tip.”  For one thing, I believe a “tip” is much like a computer virus, and meant to eat its way into your consciousness and erase anything natural or effective that you’ve managed to salvage after decades of playing this game.  For another, most people have not even a clue what they’re talking about when they offer you golf instruction of any kind– particularly because they don’t know you: what you’re physically or emotionally capable of, what your goals are, and on and on.

All of which is simply context for a recent visit I paid to Joey Pickavance, Director of Instruction at Pronghorn Resort’s PGA Tour Academy in Central Oregon. 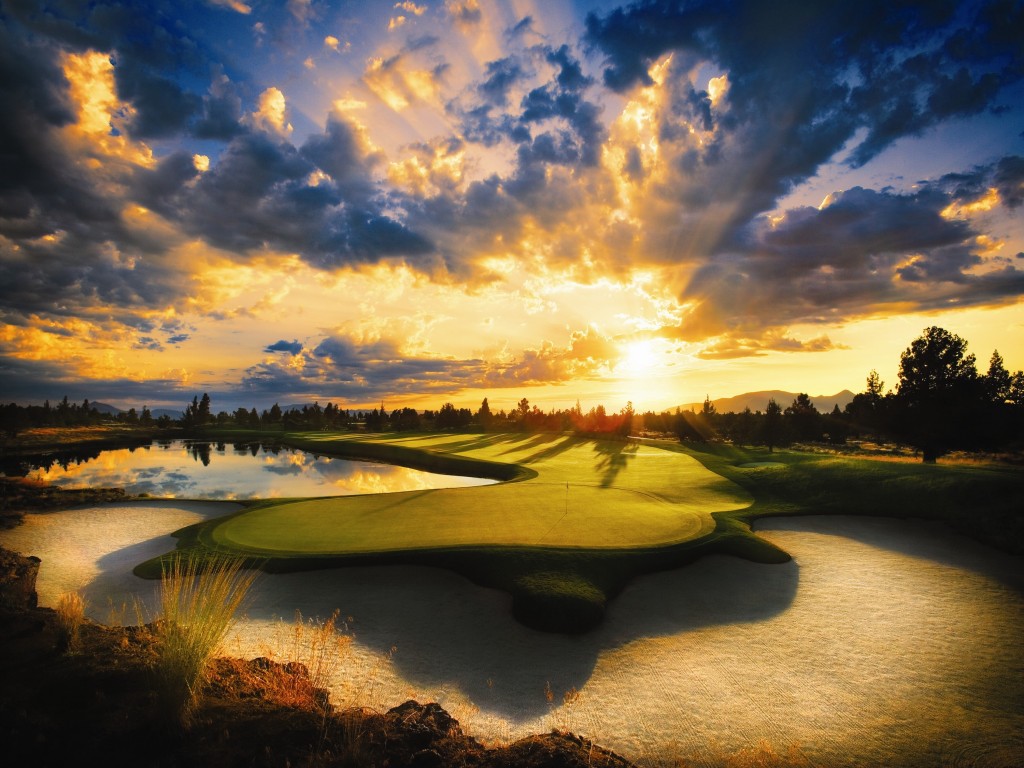 While I’m likely to pass up most invitations for free lessons, conversely I can be counted on to accept any invitation ever proffered to visit Pronghorn, certainly one of the finest-conditioned golf facilities I’ve seen anywhere in the world, and also home to a pair of exemplary courses designed by Fazio and Nicklaus.   These are jealousy-inducing when you can return home and boast about playing them, but when you tell your friends that you were at Pronghorn for a celebrity tournament, and that highlights included “Dinner on the Range”– an evening where the best restaurants in nearby Bend and some of Oregon’s finest wineries served up their best efforts out of tents erected around the practice range on a lovely autumn high desert evening– envy turns to disinterest.  As if you’d just been boasting about a quick trip on Air Force One, or that your friend Keith Richards was throwing a little party for you.  And that’s before you even mention how nice Pronghorn’s lodgings are!

But as the responsible journalist I am, part of accepting the tournament invitation involved my willingness to spend an hour at Pronghorn’s golf academy.  So I agreed to take a lesson.

But the first thing I told instructor Joey Pickavance was that I really didn’t want a lesson, didn’t need a lesson, that I accepted my lot in life as a 12 handicap, etc.  Which is like telling a doctor that sure you have a gaping ax wound in the middle of your forehead, but it’s stopped bleeding and you really don’t think you need a doctor.  Some duct tape ought to work just fine.

I told Joey from the get-go that my only interest in taking a lesson with him was to learn how to hit the ball a little farther off the tee.  My game was as good as it had been in a long while, and I really didn’t want to mess with my swing, but if he had an idea or two on how to get a little more distance, I’d be willing to take my hands from where they were covering my ears. 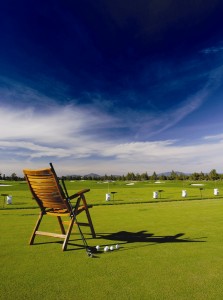 Joey, like any highly-trained and ethical swing doctor, just couldn’t help himself.  Perhaps he’d taken some instructor’s oath committing to curing bad swings regardless of circumstances.  So first he walked me through all the high-tech gimmickry that is requisite at any teaching facility, and which always impresses despite my not wanting to believe that any of this really works.  He explained the launch monitors and cameras and enough other technology to send a NASA rocket circling Pluto, but which I firmly knew would prove cool but inconsequential in correcting my bad golf swing.

After acknowledging that I didn’t really want any pointers, Joey started by commenting on my grip, which he really didn’t like at all, though he said he could live with it if I really wanted to stick with such an ineffective way of holding onto the club.  He said he wouldn’t even tinker with it, as long as I moved my hands a little closer together.  And maybe considered interlocking the fingers.  And moving them over just so.

Then he suggested I might want to alter my stance just the slightest bit, nothing really, just flair the front foot out a scosh, and maybe drop my right shoulder lower than my left and set my head behind the ball a little.

What he really wanted to work on was my arms, though, and how they collapsed almost immediately in the backswing, crumpling in on me rather than extending out.  In my takeaway Joey wanted me to bring the club straight back and move my arms away from my body– putting width into the backswing. And maybe just turning my hips to accommodate my arms reaching way out.

And by the way, I should try to hinge in just one place, at the wrists only, instead of also at the elbows.  In case I was interested.

Joey showed me all of this on video, first by pointing out the flaws in my swing and then comparing it to video in which I executed the 200 or so minor tweaks he’d offered in response to my telling him that I really didn’t want a lesson.  But I understand.  He couldn’t help himself.

To ease the burden of all this information, Joey spoke in metaphors.  He told me how I’d just gotten four new tires and a new steering column and needed to take them out for a spin around the track.  He explained that it was about as exciting as tooth brushing.  He had about as many down-home comparisons as I had flaws in my swing, and he wasn’t afraid to use them.

So yes, I left the lesson frustrated and a little angry.  And grew even more so the next day, when I played terribly because everything I did was either in response to something Joey had suggested I try, or a concerted effort to entirely ignore his unsought advice in a lesson I hadn’t wanted. 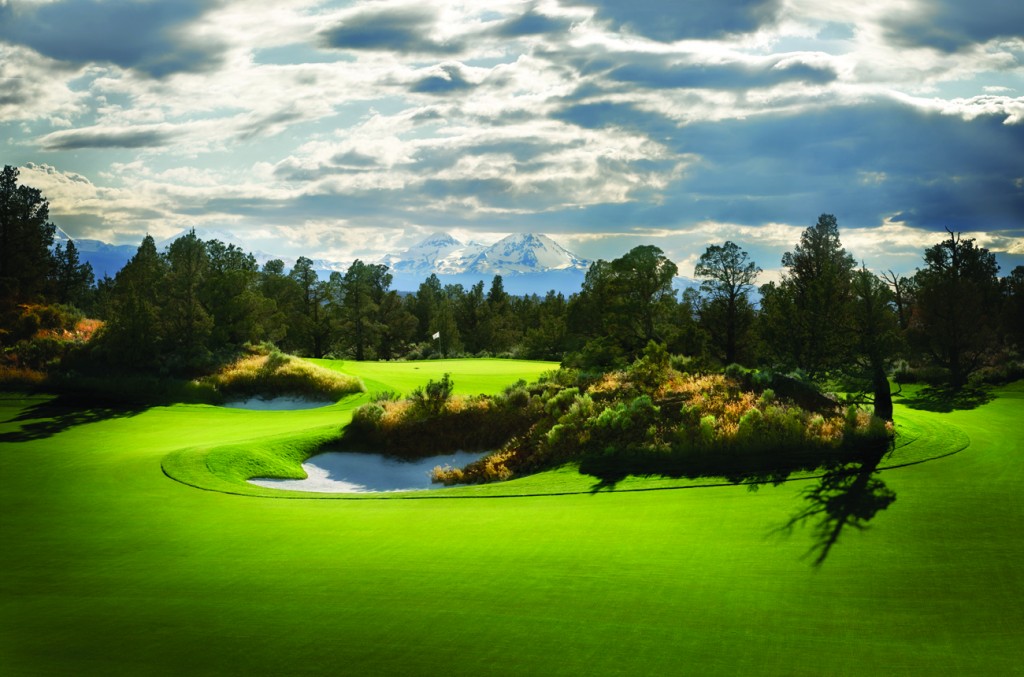 But here’s the thing.  Over the next three months I began to play the best golf of my unillustrious career.  I began striking the ball with the stealth and power of a fighter pilot.  I hit balls like I was whacking moles– with solid, accurate, powerful strikes that were entirely alien to me.  And I began talking in metaphors!  My friends actually grew silent on the tee box rather than snickering at my form.  And my handicap dropped to its lowest point in many years.

Every now and then I go back to the video that Joey emailed me before our lesson was even over.  I look at the before and after swings.  And now I listen to every one of those observations that he had about how to improve, because I’m ready to listen to them.  I fixed the first things and now I can move on to the other things that he so unsubtly offered me at a time when I didn’t want them.  And when I feel I’ve worked through and implemented all of his suggestions, I’ll grudgingly go back and ask him for more help after telling him that I don’t really want or need any help.