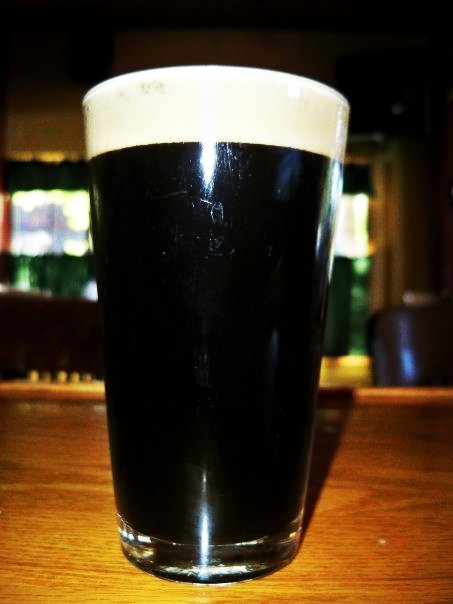 On a recent magazine assignment to Baker City, Oregon– the “Deadwood” of the Northwest– I was encouraged to check out the  brewpub down the street from my upscale digs at the fabulously renovated Geiser Grand Hotel.  Viewing Barley Brown’s from the street my modest expectations dropped a notch lower.  But if unassuming from the outside, inside the pub is a warm warren of brick and oak and friendliness serving a variety of pub food, Italian specialties, and possibly the best portfolio of beer I’ve ever been lucky enough to sip.  And my visit made me realize why the streets of Baker City seemed empty: the entire population was at Barley Brown’s.

A seat at the bar beckoned as if it knew I was coming (and also how hungry I was).  I started out with a Caesar salad with homemade blue cheese Caesar dressing and the sampler plate of nine beers (two-oz pours, $6) that carried me through the salad as well as my main course of a perfectly crispy, cheesy eggplant parmigiana with pasta in a fine homemade tomato sauce.  But despite how good the food was, it still served as backup singer to the perfect rockabilly guitar riff and tonal exquisiteness of . . . beer.

I began with the light, refreshing Coyote Peak Wheat beer served with lemon, which might have made a fine  accompaniment to a summer barbecue of spicy ribs or hot sausages– so I let my imagination run beyond the skitchy snow blowing down the wide streets outside.  But frankly, this opening beer salvo disappointed a little, and when I mentioned this later to owner Tyler Brown he shrugged his shoulders as if he knew exactly what I was getting at.  Tyler described Coyote Peak as a sort of “gateway beer” and suggested it was a huge step forward for people whose palates had developed on Bud Light.  Enough said.

Luckily the Coyote Peak, to me, was the only runt in the litter.  Next up was the Shredder’s Wheat, which won a gold medal at the World Beer Cup and two silver medals at consecutive Great American Beer Festivals, and for good reason.  I felt I could drink the Shredder’s all day– and might have, but I was working.  Working my way through the sampler, that is!

Which continued with two delicious ounces of Tumble Off Pale Ale, which displayed a hoppy character without overpowering.  Like a clever, ambitious sophomore to the ditzy freshman that was the Coyote Peak.  Next up was the Buck Naked Brown, which tasted just a hint medicinal but hey, beer IS medicine after all.  It was hard to know what to expect after drinking Buck Naked but the next player did not disappoint– the smokey Whiskey Malt Ale, which gave such a strong hint of a peaty Speyside Scotch that I thought I heard bagpipes, and felt a breeze blowing up my kilt.  I craved haggis, and a glass of Macallan 18-year-old to chase with the fine brew.  And the company of Sean Connery.

As if to deliver on my post-prandial desire for dessert, I next lifted my two-ounce Disorder Stout from the bar and enjoyed a chocolaty coffee-tasting milkshake of a roasty beer and had to wipe the foam from my lips.  I was sad to note that only three beers remained before me.

The WFO IPA seemed like a puzzle from Wheel of Fortune which I solved quickly by shouting “Best of show!”  It was grapefruitily perfect– though I recognize I may have bought too many vowels in describing it.  Only delivery by Vanna White herself could have improved the taste of my next beer, a double Cascadian  ale that was dark as a Tarantino film with equal bits of  surprise and delicacy, like watching Uma Thurman after seeing Bruce Willis come out of the basement, if you know what I mean.

My Barley Brown’s beer Odyssey concluded with something called Cerveza Negra Caliente, or hot black beer– actually a dark blond ale redolent of chocolate from the dark malt but brewed using fresh jalapenos, a beer that would be great with food, or AS food.  If you like chocolate with chile peppers, Negra Caliente is all that, plus it’s BEER for goddsakes!

There is comfort in knowing that a brewery as good as Barley Brown’s exists– only equalled by the fear that it is so FAR from most places.  Baker City is a five-hour drive from Portland, and well worth it– but not every night.  The good news is that Tyler Brown’s and brewer Sean Kelso’s beer is sometimes available at pubs in Portland.  I can only hope they’ll be successful enough to make bottling their next order of business.  I’ll commit to a mixed case a month, if that’s any help.  Now please set me up with another sampler! 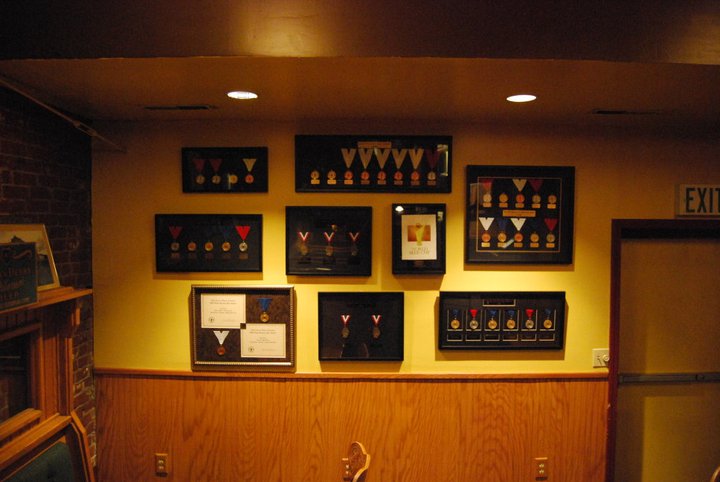