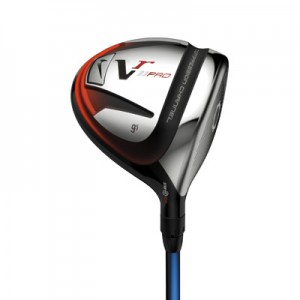 Earlier this year Nike introduced the VR Pro Driver to follow their irons of the same name.  The pear-shaped driver allows for more weight at the optimal center of gravity and delivers a hotter launch with optimal spin for better players.  The club also includes a Variable Compression Channel of different thicknesses across the clubhead, increasing speed and delivering greater distance on draws, stingers, high cuts, fades, and other go-to shots that are intentionally hit away from the center of the clubface (as most of mine are, though not intentionally), in addition to the beloved straight shot that is.  The VR Pro also features STR8-FIT adjustability that allows you to encourage a draw or a fade.