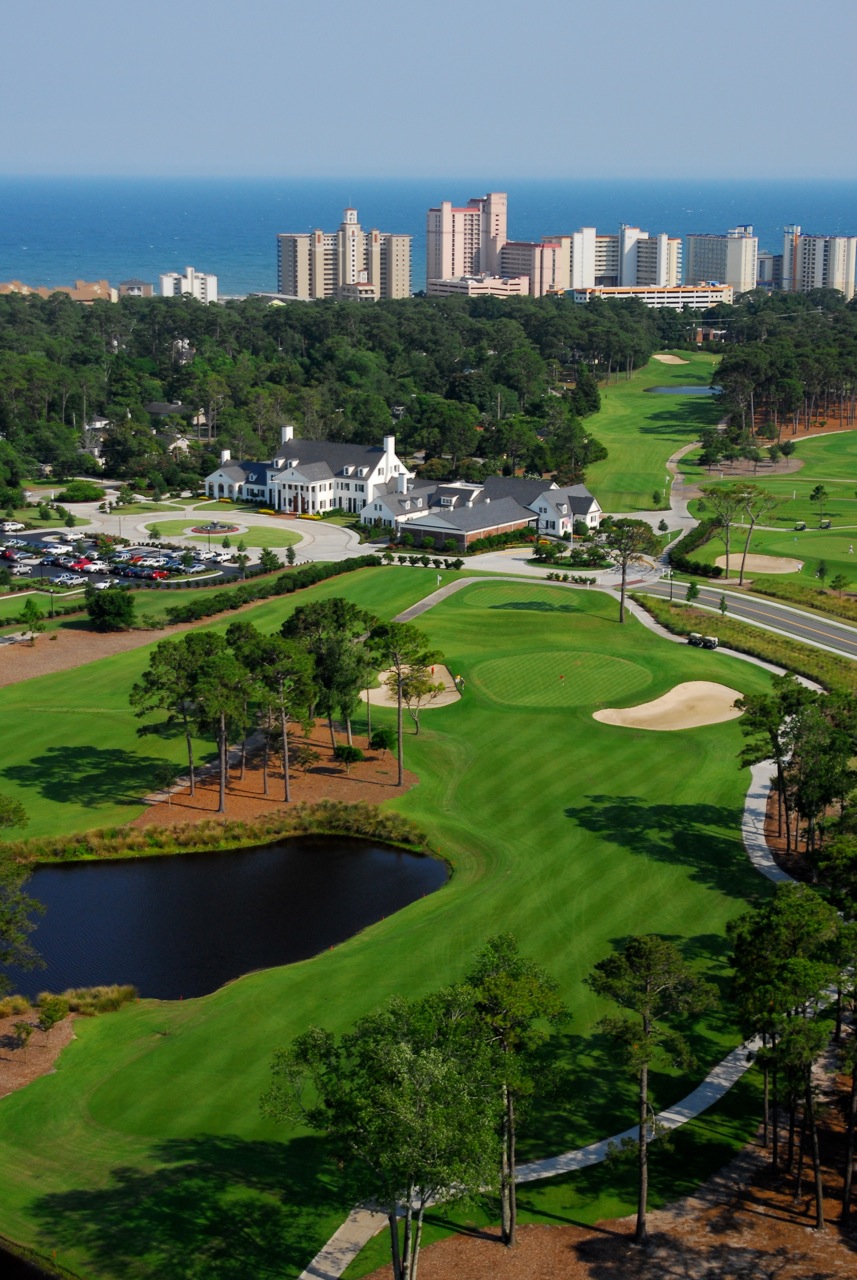 Golfers contemplating a trip to Myrtle Beach today have a lot to consider. More than 100 courses; countless hotels, condos, and other accommodation options; restaurants; shops…a wealth of choices.

But it all had to start somewhere. The first course, Pine Lakes Country Club, opened in 1927. Originally associated with a grand resort hotel on the Atlantic, the course—referred to as “The Granddaddy”—was designed by Scotsman Robert White, who had been the first president of the PGA of America. He laid out a lovely track on sandy soil just half a mile from the ocean, a gentle but exhilarating walk over dunes and through low scrub and a few trees.

Eighty-five years later, the course is both the same and very different. Most of the trees have grown and now line many of the holes. A major renovation project begun in 2006 and led by architect Craig Schreiner saw the prevalent Bermuda grass replaced wall-to-wall by Paspalum, which is more tolerant of salty water. Two less than stellar holes were plowed under and replaced by broader-shouldered examples. Tee boxes were enlarged and waste areas added, all in line with White’s original drawings.

But the challenge and charm of golf’s golden era remain. Pine Lakes is the perfect course for walking, bag hoisted on your shoulder: the terrain is generally flat, the distances between greens and tees are short (except around the new holes, numbers 4 and 5, and even then the strolls aren’t too bad), and the strategy of the design best reveals itself while traversing the lush green corridors on foot.

With few exceptions, the course is all visible in front of you—hazards, greens, changes in direction, and so on. Nearly every hole has some sort of water feature, and while I counted only 28 bunkers, mostly at the greens, many are fairly sizable, often leaving long sand shots to slightly elevated putting surfaces. Actually it was those greens that proved most confounding, the Paspalum creating a much lusher—but significantly slower—surface than the Bermuda greens we’d become used to.

Pine Lakes also has a magnificent clubhouse (shown with the 18th hole, above) with a very good dining area as well as pro shop, locker rooms, and small meeting areas. Leave some time to walk through the clubhouse—which also underwent a mid-2000s renovation—and examine the pictures, newspaper clippings, and other memorabilia on the walls. Among other claims to fame, Pine Lakes was the site of the 1954 meeting of Time-Life executives that led to the unveiling of Sports Illustrated magazine. And between the clubhouse and the course is the Myrtle Beach Golf Hall of Fame, a semicircle of plaques honoring the dozen or so individuals most responsible for making the Grand Strand a leader in golf tourism.

The first course at Myrtle Beach remains one of the best and a favorite among traveling golfers. It was also the busiest venue we visited, a welcome sight for management but with one significant consequence: slow play. The Golf Road Warriors pride themselves on playing quickly, whether walking or riding. And while I understand that the vacationing public deserves to get its money’s worth, slow play is a scourge that infects golf venues like Myrtle Beach especially hard.

We walked behind two carts of players who would make turtles cry: Their lack of courtesy, etiquette, and common sense was ridiculous and we waited—walkers, mind you—on every shot. This has nothing to do with the quality of their play (it wasn’t as if I was tearing up the course), but everything to do with being ready and being smart. The game will never grow if we can’t find ways to change its image and educate golfers on how to play faster. (One of the warriors offered an interesting idea while we were waiting, as usual, for the group ahead of us: A “slow-play deposit” that each player pays before the round begins and isn’t returned unless he and his group finish in a certain time. The obvious argument against is that the golfers trailing the slowpokes are being penalized for someone else’s languor: Maybe so, but with $10 or $25 on the line, those behind will find a way to move the snails along, I promise you.)

With all the golfers playing its many courses, Myrtle Beach is the perfect place to introduce a fast-play education program. We can work on fixing ballmarks and raking bunkers later.

Oh, and lest you think I’m just a cranky old geezer (there is some truth to that, I admit), I’ll leave you with a happy thought: Painter’s Ice Cream. A local ice-cream shop with a couple of Myrtle Beach locations, Painter’s makes its own creamy tastes of heaven. Even though it’s long been recognized as one of the country’s best by numerous national magazines, I stumbled upon it by accident a few years ago. I wasn’t going to go a week without at least one visit, which was made on the way back from Pine Lakes to our spectacular digs—a four-bedroom condo in the modern high-rise towers at North Beach Plantation in North Myrtle Beach. I’m especially partial to chocolate chip mint and a cup of that, with chocolate sprinkles, turned my slow-play frown upside down. Sweet revenge, indeed.