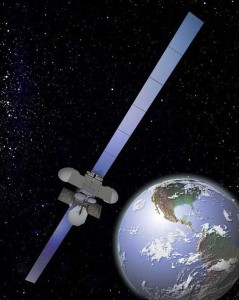 A few years ago, there were just one or two companies exhibiting GPS systems at the PGA Show. Then came more, and more, until it appeared they might crowd out the club manufacturers.

This year, GPS-based course-mapping and yardage-reading products remained popular. But the growing use of social networking and smartphones has changed the industry landscape—or, more accurately, cyberscape—and is allowing this technology to come to us in ever more convenient formats.

If you want yardages, hole maps, and all that cool stuff, but the idea of bringing another battery-operated device into your life is too scary, take a look at iGolf, software that downloads to your smartphone: It already works with the iPhone, Android, Palm Pre, and others, and will soon be available for the BlackBerry.

Relying on its own team of people to map courses (no Google Maps or other existing cartography here), iGolf has listings of more than 33,000 courses and is the brains behind many other companies’ devices, such as those manufactured by Bushnell. Signing on with iGolf also provides access to thousands of course and equipment reviews, the ability to track handicaps, keep and store scores and statistics, and contribute to a growing social network of other golf nuts.

There’s a free trial available, then the service costs $5 a month or $50 a year, which is much less than the stand-alone devices out there. And it’s one fewer thing to break, lose, drop in the toilet, or throw at your partner after he misses a crucial four-footer.