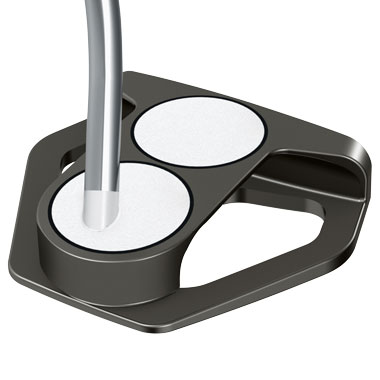 A few weeks ago, I wrote about the new Backstryke putters from Odyssey (part of Callaway Golf). If you haven’t seen them, they are unusual in that the shaft enters at the back of the head rather than near the face; the three models currently available all have deep heads, so the shaft connects more than 2-1/2 inches behind the face.

The putters were unveiled at the PGA Show in January. Also announced was a relationship between Odyssey and my friend and occasional collaborator, Dave Pelz. Dave—who pioneered the original two-ball putter shape—admitted that he had nothing to do with the Backstrykes. He then praised the concept because it makes it easier for the golfer to see the face at address, promotes a forward press to begin the stroke, and offers what the company calls stroke balance, which is defined on the website as “balancing the putter on the axis of the putting stroke” to promote “a fluid, stable stroke path that is more consistent, accurate and leads to better distance control.”

About a month ago, after a little begging, Odyssey sent me a Backstryke two-ball model. I’ve spent a few hours practicing with it on putting greens in the Northeast and the Caribbean, and have used it in a few rounds. The verdict? It took a little getting used to, but now that I have I expect it will be in my bag for a long time.

I’ll start with the drawback: It took quite a few practice strokes to locate the proper club position at address. Thanks to the unusual shaft position, I began with the head too far forward, which led to putts pulled to the left. That also may have been exacerbated by the head shape: Although I’ve used a “normal” two-ball putter for years, the new design presents a very different look; with a little practice and concentration, I was fine. 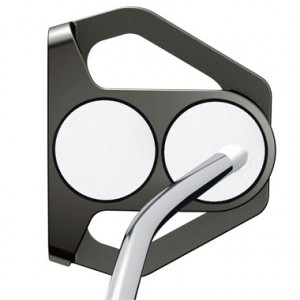 Compare where the shaft enters the head on this Backstryke two-ball putter... 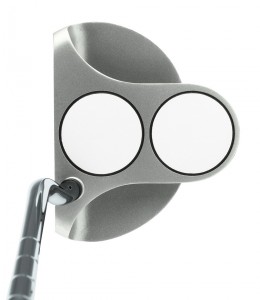 ...to where the shaft connects on an earlier Odyssey two-ball head.

Once corrected, contact was solid and putts rolled true. I believe that’s partly due to a consequence of the design no one else has mentioned: Wanting to get the shaft back to the ball. I couldn’t help but finish the stroke, accelerating back to the starting position and beyond. There was no short-stopping the stroke. No doubt the head shape and weighting help, but the putter was going to make a full through-stroke whether I liked it or not.

Also, with my original two-ball putter I tend to pick up the head on the backstroke rather than dragging it away low. Maybe it’s being able to see the entire face and the first alignment “ball,” but it’s now easier to take the putter away long and low.

Of course I didn’t make every putt: The problems are always with the archer, not the arrow. But on a variety of greens and grasses (flat, undulating, big, small; bent, Bermuda, paspalum), once I had a feel for the speed I was very happy with the results even if that meant burning the edges.

The Backstryke also performed well from off the green: putts had enough momentum to get out and roll quickly from longer grass. I believe this is the “stroke balance” the company describes, a stable stroke even through light rough.

All this is probably more than you want to know. But based on a very unscientific sample of my own less-than-stellar putting, the Backstryke does all that it’s touted to do and more, and feels great.