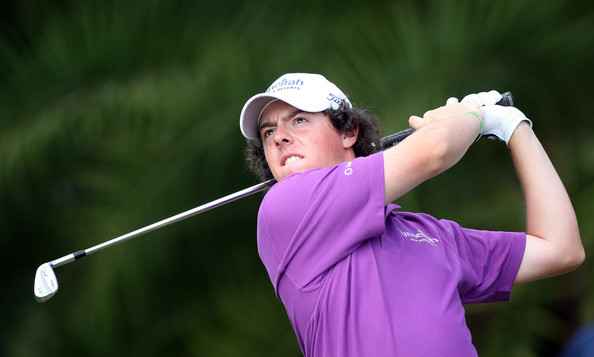 For the past few years, I’ve been saying to any amateur golfer who will listen that we should adopt a universal mantra: “Ignore the pros.” This isn’t to say we shouldn’t be watching them week after week or not be impressed by their feats. But in terms of taking something from their games and attaching it to ours, we could—and should—do much better.

What’s wrong with the pros’ games as compared to ours? For the vast majority of us who play weekend, slap-it-around golf, just about everything. Because golf is their livelihood, the pros aren’t playing a game, they are working, so they must treat golf like a job: We have other jobs, so if golf isn’t fun for us we shouldn’t be wasting our time.

Furthermore, the courses the pros face are ridiculously long and hard. Plus, they constantly tweak and change their equipment (which they get for free, if you didn’t already know). And since they practice practically every day, how they swing, how they think, and how they perform are pretty much out of our range of possibility.

If you need any more proof of that last point, I give you Ray Romano, Charles Barkley, Rush Limbaugh, and whoever else becomes a “Haney Project.”

First, play fast (or at least faster). McIlroy moves around the course the way we’ve always heard the Brits do. No drawn-out routine, no multitude of practice swings. Step up and hit it. In fact, McIlroy was ready to go so quickly that NBC’s cameras often missed the rigamarole we’ve gotten used to seeing before pros pull the trigger.

That’s because he doesn’t have any rigamarole.

How many times have you played behind an incredibly slow foursome and joked, “I didn’t know they were playing the U.S. Open at Goat Track Muni today.” Watching Rory play ready, set, go was like watching someone move briskly—and properly—around the local publinx. Yet I’ll bet the blokes back at Holywood GC, his home course in Northern Ireland, still thought he was dawdling.

Second, it’s time for fans in this country to stop carrying a torch for American golf. McIlroy’s victory along with his youth—as well as the performances of the non-Americans who finished behind him, including Jason Day, Louis Oostehuizen, Charl Schwartzel, even Sergio Garcia (an old man at 31)—should remind us all that golf truly is an international game, perhaps the most world-wide and world-wise of them all. The leaderboard had nearly as many flags as the United Nations, something we should be applauding, not appalled by, if we want golf to rise out of the economic doldrums it’s in here at home.

While in the US private clubs and public tracks are closing faster than new ones are opening, we need the game to spread, grow, and thrive elsewhere. American golf is stuck at the halfway house having gotten fat (and a little stupid) by trying to eat too many hot dogs too fast. We have to let the rest of the world play through until we’re back in shape and back on course. In the meantime, if there’s no one else playing, the game is doomed.

So thank you, Rory, for teaching us a thing or two about golf. Now, are we smart enough to listen to and learn from some kid? I hope so.