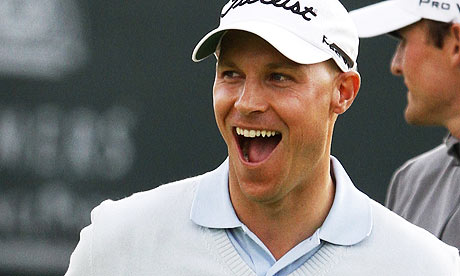 Would you rather see this?...

With the US Open about to begin, it’s worth taking a look at these two very different views of the PGA Tour.

My favorite magazine, The Economist, looks at the current business state of the Tour and finds it far better than I would have thought, particularly given Tiger’s demise and the upcoming TV contract negotiations. There are numerous financial facts to be found in here as well as a simple explanation of how golf and TV make money from each other.

And then there is this statistic:

Of course, the lack of a dominant American player along with the resurgence of European golfers are brought up, but in this case in hopeful rather than pessimistic terms. 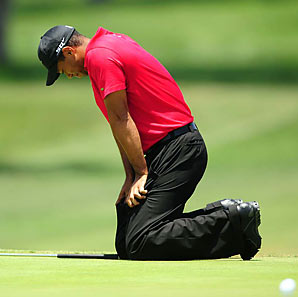 For a totally different view of the Tour, check out this video in which four American golfers—Ben Crane (the happy guy, above), Hunter Mahan, Bubba Watson, and Rickie Fowler—do what they can to disprove the theory that pros are dull.

Both are worth checking out. Then let me know if you, like me, come away feeling better than ever about the future of the pro game.

Now let’s work on the “real” game, that is the one the rest of us play.