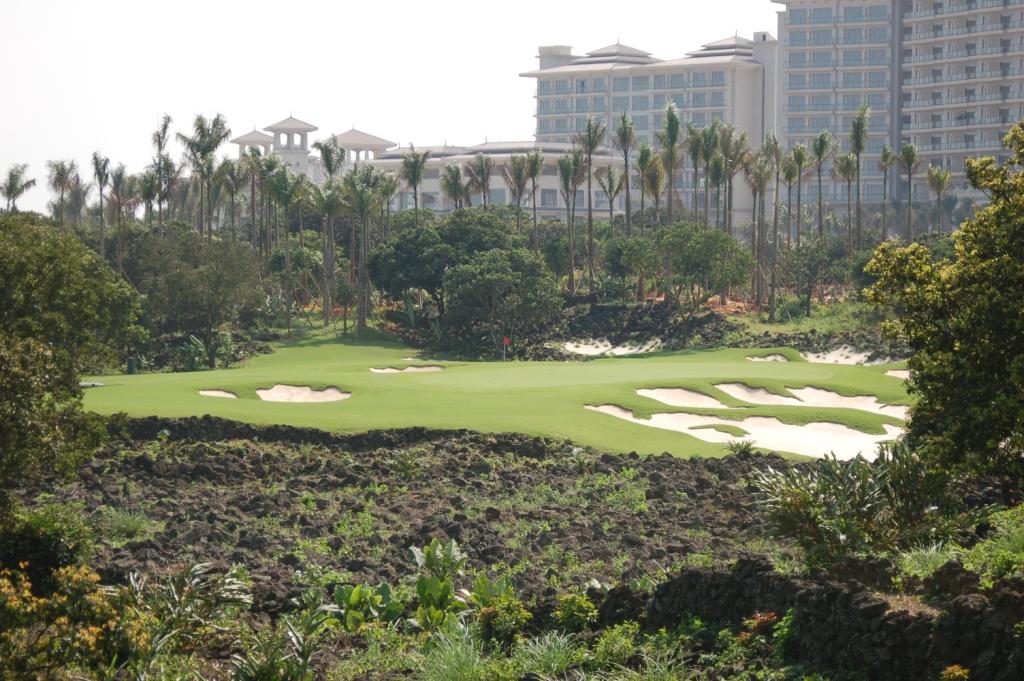 Like the orignal, the new Mission Hills Hainan resort combines deluxe accomodations and facilities with first-rate golf, much of it dramatically carved from the island's black lava.

Often called China’s Hawaii, Hainan is a large tropical island off of China’s southeastern coast. It has lots of beaches, lots of palm trees, and rapidly increasing every day, lots and lots of golf courses.

Hainan is the setting for the brand new (opened last month) second outpost of Mission Hills, the world’s largest golf resort. Called simply Mission Hills Hainan, it is a mirror of the original, now with three courses and one hotel, several restaurants, and other facilities, but soon to be more double that size with eight courses and more lodging and infrastructure. Then there are even bigger expansion plans down the road.

But Mission Hills is just the most visible face of golf in Hainan. There are many other courses and many other resorts built or being built, and this is the wild west of golf and beach lifestyle for all of Asia. The coastline is dotted with new luxury condo complexes and hotels, rich mainland Chinese are falling over themselves to buy vacation real estate, and top designers like Doak and Weiskopf are plugging away. The golf course design firm of Schmidt Curley, which is doing all the Mission Hills courses, also has several other projects just here, on Hainan.

The island is poised to explode, thanks to two major international airports, lots of beautiful beaches, and a generally massive potential for tourism infrastructure. The Chinese government certified it as a special tourism economic development zone, which basically seems to mean the concepts of zoning and permitting have been thrown out the window. International media outlets like the Financial Times and New York Times have been extensively reporting that the real estate boom in Hainan is the biggest in all of Asia – if not the world – right now, and the mainland Chinese are being joined in fervent numbers by Russians, and to a lesser extent other Pacific Rim countries like Vietnam, as the place of choice to stash cash in the form of seven figure condos.

Despite its golf offerings, which are already quite good with a lot more to come, I don’t think Hainan is mainstream enough for serious US tourism yet. Less than a two hour flight from Hong Kong or Shenzhen, it makes the most sense as an add-on to a golf trip to the original Mission Hills, or for repeat China visitors who have already seen the tourist stuff and just want to play golf. 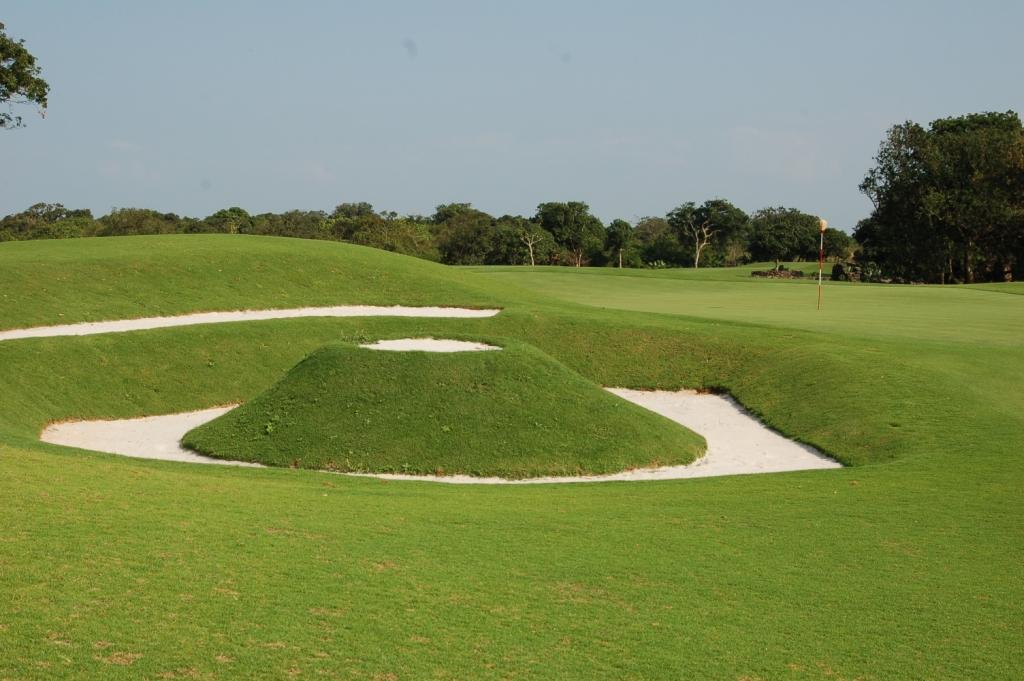 One of the new courses at Mission Hills Hainan is an homage to the Golden Age of American golf architecture, complete with Merion-style wicker baskets instead of flags and square cornered greens borrowed from Yeamans Hall.

So I am going to call Hainan the future of Chinese golf, and for the avid golf traveler and explorer, the present, but for the masses, we’re not quite there yet. Stay posted!