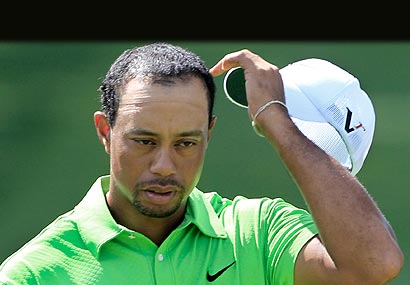 “In memory of a once fluid man,  crammed and distorted by the classical mess”

I don’t know about you, but I was not surprised when Tiger’s short birdie putt on 18 yesterday in his match against Nick Watney didn’t even touch the hole.

Talk about looking crammed, distorted, and uncomfortable over the ball. Yikes!

Paul McGinnely, (who was a guest commentator on Sky Sports) said, “Tiger no longer conveys the feeling that he is destined to win”. I wrote this in a previous post over a year ago, ‘How Tiger gets his Mojo back – Part 6‘, although I referred to it using a Chinese concept – the Mandate of Heaven. And while the best of Tiger is yet to come, after watching him  fail to win in Australia last fall, at Dubai a month ago, Pebble Beach a few weeks ago, and the Accenture yesterday — primarily due to poor putting — his struggles on the links provide an valuable object lesson to golfers of every level.

(1) It takes the average golfer two years for swing changes to become sufficiently ingrained into the body’s ‘Muscle Memory’ that they become automatic under the pressure of competition . Tiger is nearing that point where he can trust his swing and freely create and innovate in the heat of battle. 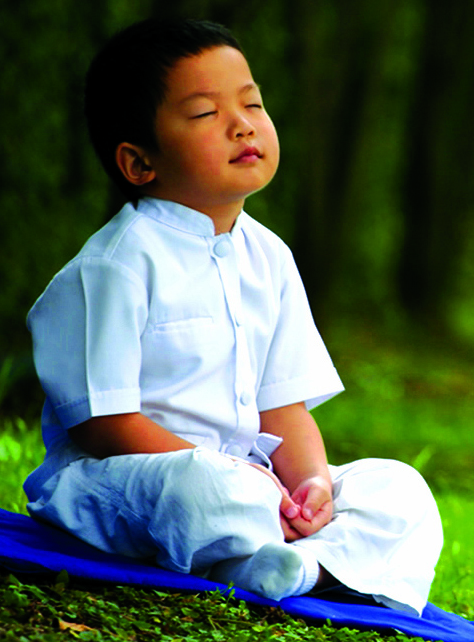 The art of meditation – of making the empty, empty – is a learned skill. And as my teacher says, “The power of the mind at standstill is without limit”. Tiger had this in years past, then lost it. And as a result, he no longer goes deep in the moment of truth, and is no longer sealed inside his cocoon and zone of silence over must-make putts. Tiger did not exude confidence yesterday while putting. His mind was not quiet, still or empty. And without emptiness he cannot enter the “zone” and traverse its heights. It almost seems as if he is trying to force his way in, and use his willpower to overpower the game.

While this approach may have worked in the past, we have entered a new time. Its 2012. Everything has stepped up to a higher level. When Tiger burst on the scene  he raised the bar. Now a new generation of players from around the globe have stepped up to this level and absolutely have no fear

So Tiger’s next step may perhaps be counter-intuitive to the training and code his father and teacher, the late Earl Woods (a true Warrior’s Warrior and Martial Arts Master), instilled. Rather than trying harder and attempt to bring the limited power of the Ego to bear, the key is to try less. To relax in the heat of battle, breathe deep, and let the golf play him, and through him. To become empty, utterly still, and be a vessel for his Higher Self, and a Higher Power. Its a new day. We’ve entered higher vibrational domains and what worked a decade ago, or just a few years ago, won’t work now.

Perhaps, these insights from the late, great martial arts legend, Bruce Lee (The Art of Fighting, without Fighting) point the way clear? 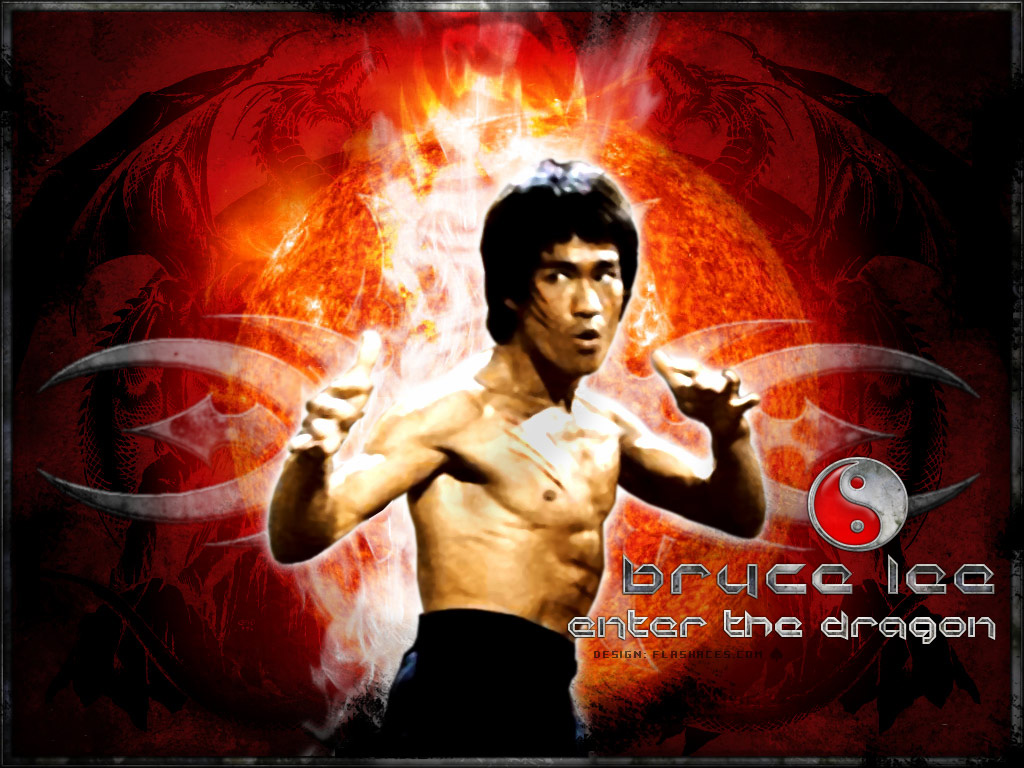 Bruce Lee was memorialized at his best in “The Way of the Intercepting Fist” (the English translation of Jeet Kune Do), his first appearance on the television detective series Longstreet, starring James Franciscus, in 1971. Bruce, as you might recall, rescues Mike Longstreet, a blind insurance investigator played by Franciscus, who then asks Bruce to “teach me what you know.”   The classic scene is where Bruce explains the importance of being flexible, or open, which, of course, means open to something larger than oneself:
“Empty your mind — be formless, shapeless, like water.
Now you put water into a cup, it becomes the cup.
Put it into a teapot, it becomes the teapot.
Now water can flow or creep or drip or crash.
Be water, my friend.” 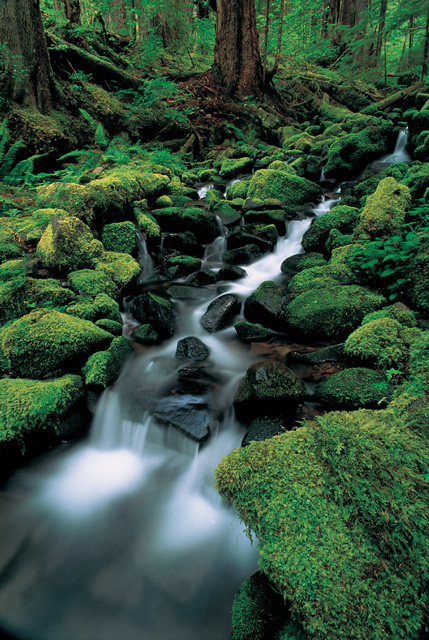 “Like everyone else, you want to learn the way to win, but never to accept the way to lose.
To accept defeat, to learn to die is to be liberated from it.
So when tomorrow comes, you must free your ambitious mind and learn the art of dying.”
You can watch it on YouTube.com here: http://www.youtube.com/watch?v=JMHXP3yCthQ.
My brother Paul writes: “That’s the way that Bruce originally practiced his martial arts, and the way that Tiger originally played golf — empty, open to something larger than himself; willing to die, to sacrifice the self, to something that was more than the sum of his parts. It was not him, but something that played  thru him. In Bruce’s desire to become rich and famous, to give himself over to his appetites instead of his divine inheritance, he was willing to sell his birthright — his God-given gifts. This was Bruce’s fatal mistake because he failed to understand, or respect the fact, that these gifts were not his to barter or sell. So God/the Universe allowed what happened to Tiger at the back 9 Sunday at the 2011 Masters (Death by One Thousand Cuts) to happen to Bruce: His larger-than-self gifts, which he sought to debase on the alter of his ‘ambitious mind’ and appetites, were withdrawn, and he was left to his own devices, with all their man-made limitations. As a result, he crashed and burned, although, in his case, fatally. For whatever it’s worth, this is my take on the tragic template of the ‘ambitious mind’ when it fails to learn the ‘art of dying.'”
So Tiger, the path is clear. More meditation. Bring your mind to a standstill. Make the empty, empty. Then let go..and let God. 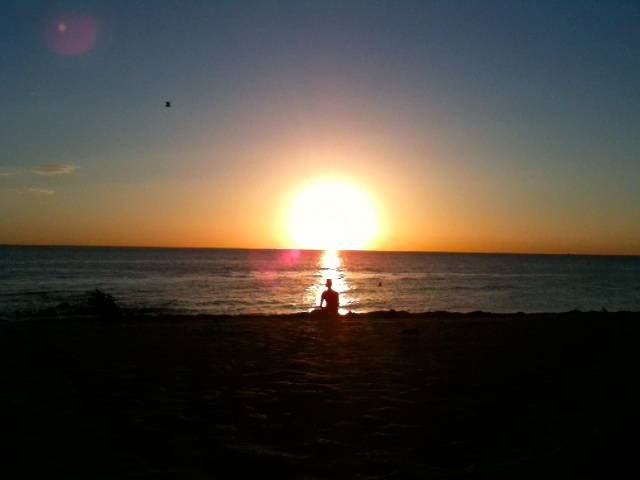