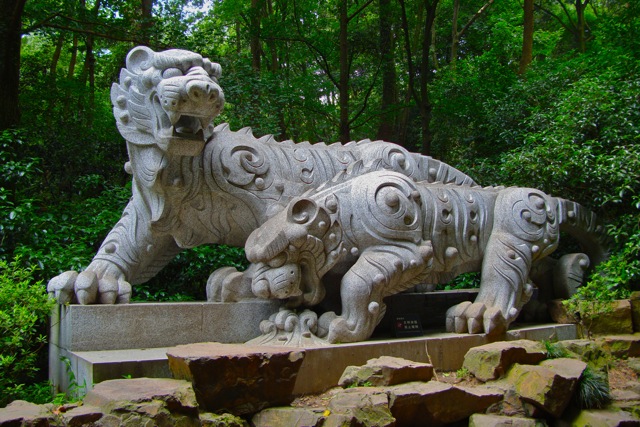 And just in time…with 2012 fast approaching, the once and future King is alive and well. Tiger Woods 3.0

I first met Tiger when he was 14. Couldn’t believe my eyes. Tiger Woods – The Original. The ‘Chosen’ One.

It’s nearly a dozen years since I had my ‘Power Dream’ in early June 2000, then witness it unfold in person as  Tiger stunned the world with his historic victory at Pebble Beach. The Next Step in Golf. Tiger Woods 1.0. A joy it was to witness the ‘Tiger Slam’… the golf he played. Then came a new teacher. And after the requisite 2 year adjustment period required to throughly ingrain the new swing into his ‘Muscle Memory’ as an unconscious automatic reflex action, Tiger raised his play to unprecedented heights. And then, his breathtaking second run.

Although I’m virtually off the grid in rural China completing a book, I’ve been getting ‘flashes’ for the past couple of months that Tiger has has Awakened.  Two weeks after this first ‘flash’ came news of his record setting 62 at the Medalist. This followed by his play at the Fry’s.

This morning I was greeted with news of the 67 he shot in the second round of the Australian Open (after an opening round 68) to claim the clubhouse lead. The signs couldn’t be clearer. And although I predicted in April after the final round of the Masters that Tiger would reclaim his throne in 2012 (in my article ‘Long Live the King’), this update is just to confirm what I foresaw and foresee. And what many hope for.

Tiger is entering his Prime. His greatest play and victories are yet to come. He’s saved the best for last.

For all those that talked trash and kicked him while he was down…. payback is gonna be sweet.

Tiger was and is ‘Chosen’. First time round he didn’t understand the inherent obligations and responsibilities that comes with. Now, he does. He’s cleaned house – stripped away the unessentials. And now, with 2012 ahead, he’s making the Shift to higher levels. Ascension.

This is the real name of the game, now.