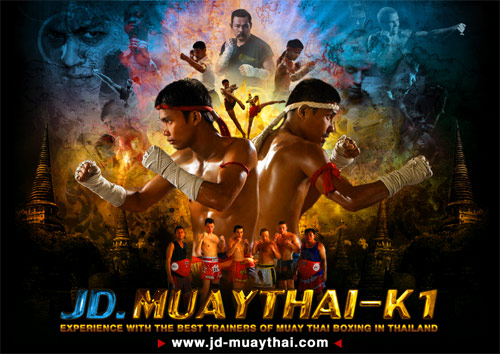 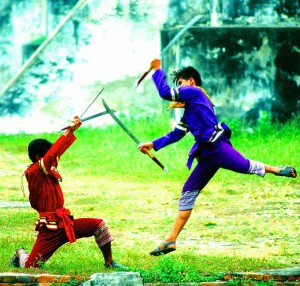 Before the Second World War Eastern martial arts were secret and almost completely unknown in the West. But during the war in the Pacific, American soldiers brought back news of the extraordinary hand-to-hand fighting abilities of Japanese soldiers. Then both during and after the Japanese occupation, many American soldiers began to study Karate and other Japanese martial art systems. After the Korean War Tae Kwon Do was introduced to Western soldiers to whom this secret knowledge was a vital military weapon. During the Vietnam War, U.S. Special Forces were exposed the fighting arts of Thailand (Muay Thai) and the Philippines (Escrima), both empty-handed and weapon skills easily applied to golf. 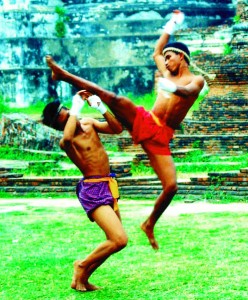 Muay Thai — The Science of 8 Limbs — is one of the most devastating arts ever to come out of Asia. Muay Thai fighters are highly regarded for their courage, fighting spirit, and total commitment to their art. Dedicated to pure fighting, the training is hard, grueling, intensive and totally geared towards effectiveness in combat. Martial artists worldwide consider Muay Thai the ultimate in hand-to-hand combat.

Muay Thai is an adapted from Thai military arts. In peacetime the weapons of the battlefield were put aside as soldier fought empty-handed to keep their edge. In the olden days there were few rules, no rounds or weight classes. The boxers fought barefooted with their fists and forearms wrapped in hemp rope. Such combat was extremely brutal. Today, people worldwide are becoming aware of the astonishing power of authentic Muay Thai though the movie exploits of Tony Jaa, the star of two breakaway box-office hits, Ong Bak – Thai Warrior, and it sequel, Tom Yum Goong. 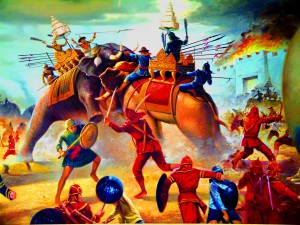 These two movies are based upon the actual historic feats of Thailand’s legendary Royal Warriors — the Thanat Jaturongkabaht — who guarded the King’s War Elephants in combat on ancient battlefields, and the bond between Thai boxing and elephant since the old times. The star of these films star, Tony Jaa, says: “Muay Koshasan” (Elephant Boxing) is an ancient art focusing on the act of hurling, pressing, grabbing, and breaking. We focus on the elephant’s movements, which the four Royal Bodyguards (Jaturongkabaht) used to protect the King on the battlefield. Each Jaturonghabaht guarded one leg of the King’s elephant.

While staff and knife are used in Muay Thai, the sword is the primary weapon. When a sword was lost in the battle they would use these boxing movements to fight. This form was reserved for the best Thai warriors and only taught to blood relatives. Since they had to be quick and precise to follow the King and guard the elephant’s feet, they executed brutal techniques to quickly kill the enemy on contact then move on. Thailand’s warriors acquire superior empty-hand combat skills before picking up the sword. Since the 14th century, Buddhist monks have taught Muay Thai at the Buddha Swan Temple. Though firearms have replaced sword and shield, modern Thai warriors still study martial arts as did the brilliant warrior Kings of the past.

Muay Thai enhances a golfer’s ability to strike with explosive speed and power. In Muay Thai, as in the golf swing, techniques must be thrown with full speed, power, and control. Breathing techniques multiply the explosive power behind a blow or strike. Secret footwork and body movements harness power that explodes into the strike and multiplies the force of impact. Muay Thai also help you to quiet the mind, and find your unique rhythm, tempo and Core – essential qualities easily integrated into your swing and game.

Muay Thai — a basic facet of Thai culture — teaches the complex mental and motor skills required to harness and unleash explosive speed, precision, and power by moving and swinging from your center. And because Thailand has been invaded since ancient times, virtually every Thai citizen — men, women, and children — knows the basics for self and national defense. As a result, Thais’ intuitively fuse Muay Thai into their swings and display an exceptional talent for golf. This is one reason why Thailand has produced an extraordinary number of junior, amateur, collegiate, and professional golf champions. To learn more about acquiring these striking skills for self defense and superior golf performance please visit  www.jd-muaythai.com.