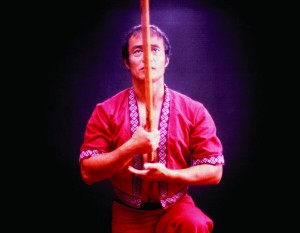 – Arnis: Harness of the Hand –

Arnis, the most systematic and the best known fighting art in the Philippines is a reflection of the Filipino people’s history, philosophy, and culture. Arnis boasts a long historical development from the Kali systems. Kali (Silat) comes from the word kalis, which implies a blade, is the oldest form of weaponry in the Philippines and is the mother to Escrima. The naturally graceful, harmoniously circular movements in Filipino martial arts are characteristic of the methods found in other Asian countries. To better understand the dynamics Filipino martial arts let’s take a brief look at the historical roots of its cultural and racial diversity. Although the Philippines contains over 7,000 islands, most people live on eleven islands in three major areas: Luzon, the Visayan islands, and Mindanao.

Historians and anthropologists believe during prehistoric times, various groups of people in search of food and game migrated from the Asian mainland. They came from Indonesia, central Asia, India, Persia, and Egypt. In addition to the bow & arrow, these various groups were expert fighters with the long knife, daggers, swords, and spears. Other subsequent migrations brought along with them other bladed weapons.

The Western world first exposure to the Philippine martial art of Kali was in 1521 when Ferdinand Magellan invaded the Philippine island of Cebu as part of Spanish conquest. The natives battled Spain’s finest steel armed soldiers with pointed fire-hardened rattan sticks and homemade lances, and won. Magellan was killed, and many of his soldiers perished at the hands of the Morro tribe despite superior weaponry.

The Spanish finally colonized Cebu through the use of firearms, but the Morro refused to give up and continued killing invaders throughout the 300 years of Spain’s occupation. Kali (the bladed weapon wielding martial art), also known as Arnis or Arnis de Mano (Harness of the Hand) and Escrima (Skirmish), are the names the Spanish gave this martial art. Unlike other martial arts that haven’t been used in war for centuries, Kali, Arnis, Escrima has proven itself in battle to this present day.

When the U.S. replaced the Spanish after winning the Spanish-American war, they received identical treatment from the Morros, and to curb fatalities General Pershing issued a special leather throat guard for his troops. This lowered the death rate and is the reason why the U.S. marines are commonly referred to as “Leathernecks”. The advent of World War II united American soldiers with Philippines commandos to fight the Japanese by using Kali combat skills to dramatic effect on the battlefield. Arnis master Dan Inosanto — Bruce Lee’s #1 disciple — trained U.S. Special Forces, including the Green Beret (like Tiger’s Dad, Earl Woods). 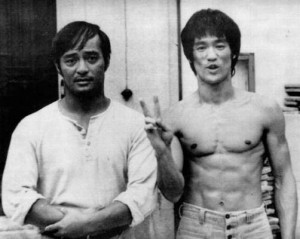 According to James Webb, Blaise Loong, and John Joyce (original Green Beret Special Forces Combatives Course instructors): “In combat, one of the Special Forces soldier’s most essential skills is the ability to utilize hands and elbows in an “explosively powerful way” to effectively neutralize an enemy. Green Beret Special Forces Training emphasizes realistic training methods such as the kicking and hand techniques developed by Bruce Lee and his protege, Dan Inosanto, so that a soldier can be battlefield ready in an extremely short period of time.”

Arnis–Kali–Escrima training are particularly good for golfers because they enhance agility, and instill precise hand-eye coordination, Qi extension (as with any handheld weapon), and most importantly, explosive striking skills that are easily transposed into the golf swing. These martial arts skills will give more solid contact at impact, power, distance, and pinpoint accuracy. To learn more about Arnis and how it can enhance your health, fitness and golf performance please contact the Inosanto Academy of Martial Arts at 310-578-7773 or www.inosanto.com.