It’s a second time around for Polara golf balls, and this time, they’re determined to have their way – and stay. 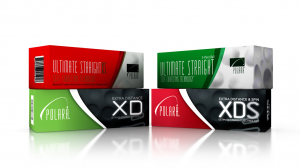 As a result, the ball is considered non-conforming by the United States Golf Association, and therefore, illegal for rules-sanctioned play.  Nonetheless, Polara CEO and Chief Technical Officer Dave Felker and his team are A-OK with that status.  After all, they say, the balls are not intended for professional or amateur tournament play.

“There’s a huge market for recreational golf equipment,” Felker said, and that’s where he hopes to find Polara’s sweet spot.  “Golfers typically, just want to have fun.  There are a lot of people who aspire to be Tiger Woods or Phil Mickelson, but that’s only about 5 or 10 percent of golfers.  In reality, only a couple really have a chance.  The average golfer just wants to go out there and have fun, drink some beers with their friends, hit a couple of good shots, and then go home and do it all again the next weekend.  It’s not about competing with friends. It’s not about following every USGA rule. 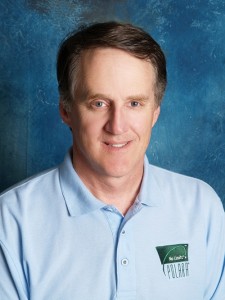 “When average golfers go out, they determine the rules on the first tee.  They say, OK lets have one mulligan per nine holes; anything inside the leather is good, we’re playing winter rules, etc.”   Now if you follow USGA rules, I think 1-3, says, ‘you’re not allowed to amend the rules,” and the penalty is disqualification.

“What are the average golfers suppose to do when they agree on a Saturday to offering or accepting a gimme putt?   Do they go home?  Do they get their money back?   If you read the rules of golf, they really don’t even apply to Saturday golf; they apply to serious tournament competition,” Felker continued.  “How we got all turned around to have the average golfers play the way serious tournament competitors play, I’m not sure.  If you ride horses, for example, you don’t have the same rules you have at Churchill Downs.  Or when people play football, they don’t play by the NFL rules.  For some reason, there’s some weird thing about golfers, that some feel compelled to play like they’re playing with Phil Mickelson.  So I think golfers have had enough.  It’s a tough sport.”

Polara was first introduced as the Polaris golf ball in the late 1970s, by two scientists, Daniel Nepela and Fred Holmstrom, who wanted to come up with a ball that corrected hooks and slices.

“They ‘weren’t exactly right,’ but they accidently stumbled upon a ball that did just that,” Felker said.  “It didn’t correct very well; it corrected maybe 25 to 30 percent.  The reason they called it Polaris was they took the dimples on the poles and made them very shallow, and they told users to tee the ball up with its seam (that had deep dimples) pointed toward their target, and it would correct hooks and slices.

“Well it did correct hooks and slices, but it did a much better job when the poles were pointing toward the target,” Felker said.  “In addition, the ball came out around the time of the movie, ‘The Happy Hooker,’ so they marketed the ball as ‘The Happy Non-Hooker’ and sold tons of them, and at that time, it was legal according to the USGA.”

Then, according to Felker, other golf ball manufacturers got ‘all up in arms about it.’ Polaris, he said, had a patented design, and had the potential to steal a large piece of the golf ball market with their overnight success.  The manufacturers lobbied the USGA and in 1980, a new symmetry rule was issued, which made the ball illegal – or nonconforming.  As a result, Polaris went out of business.  The company sued the USGA and manufacturers for conspiring against them, based on unfair business practices, Felker said, and they won, but the Ninth Circuit Court overturned it. Polaris appealed, and before the court’s final ruling, they settled out of court, receiving significant settlements from the USGA and the golf ball manufacturers in 1984, he added.

So in 2007, Felker was contacted by a group that decided to bring back the Polara golf ball back, as a non-conforming product. Feeling fairly certain of its value in the recreational golf market, they contacted Felker, asking if he could help them improve on the old ball and make it better. He agreed and started his research of the old ball in Princeton University’s wind tunnel and then with robot testing to find out why it worked.  The result was a new design, which put the shallow dimples around the equator and deeper dimples on the poles, along with extra dimples.

“By doing that, we went from a ball that corrected 25 to 30 percent of slices to our very first prototype that corrected maybe 95 percent of the slice.  It was so amazing that Golf Laboratories President Gene Parente couldn’t believe it,” thinking the technician miscalibrated the testing robot,” Felker said. 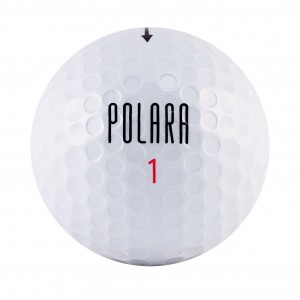 The ball finally came to market in November 2010.  “We found through a market survey that up to 44 percent of golfers would be willing to play a non-conforming ball.  Just recently, we conducted the same survey and now it’s 61 percent, and we did that before the (long putter) anchoring issue,” he said. “I bet if we did it now, the number would be even higher.  Our survey also showed that 73 percent of golfers don’t follow the rules exactly, unless they’re in a USGA-sanctioned event.”

My husband, Paul, and I tried the Polara XDS and Polara XD balls in the cool weather of late fall in Michigan.  Paul favored the XDS, thinking it had a softer feel, like the ProV1s he usually plays.  I also preferred the XDS, for its softness, as well.  However, neither of us felt the ‘magic’ of self-correcting in a noticeable way.   We’re not consistent slicers.  As a result, Felker says, it’s not a ball that’s likely to impact our respective games significantly.

To our preferences, Felker said, “Yes, it is a softer golfer ball; it is a three-piece golf ball; and it is a premium golf ball.  It doesn’t have a polyurethane cover like the ProV1, but except for that it’s essentially very much the same, although our dimple pattern is totally different.

“When you know you have a terrible slice, and that you’ll slam it into the next neighborhood, let’s say 100 yards to the right, and happens to you all the time, then you hit our golf ball and it lands somewhere in the fairway time and time again, you know this ball’s correcting,” Felker said.  “We get emails from people all of the time saying, ‘I hit 14 fairways; I never hit seven in my life!’  Nobody argues that our product works,” he added.

“If you’re one of the people who suffers from a terrible slice, you have to go with a 75 percent correcting ball; If you have a slice that’s not terrible, or that comes and goes, you’ll want to play with our 50 percent ball, and you’ll probably get more distance, besides having it 50 percent straighter.  That’s the Polara XD and XDS.”

The Ultimate Straight or or Ultimate Straight XS, has very low lift and it has a high principal of inertia.  “This means about half of the slice is corrected on the clubface as it slows down the side spin, and when it’s out in the air it will flip back to its principal axis and generate low lift, and you’ll actually be able to see the ball start of slicing and then all of a sudden straighten itself out,” Felker said

“Because it has very low lift, the trajectory is very low; about half the height of a normal golf ball.  So it hits the ground much sooner, and going much faster, and so you can lose about 20 yards if you’re using your normal 9 or 10-degree driver.  But if you switch the driver to a 12, 14 or even 18-degree driver, depending on what your swing speed and swing characteristics are, you can pass all the loss of distance with that straight golf ball.”

Enter the Polara Advantage driver, which was introduced at the recent PGA Merchandise Show.  “Combined with the Ultimate Straight golf ball, you’ll get absolute straight shots and long distance,” Felker said.  “The club has a higher loft than normal – it comes from in lofts of 10.5 to 24.5 degrees – so not only will you get extra loft, but it helps straighten the shot out even a little more.  It’s the absolute perfect solution for someone that has a terrible slice.  It’s game changing.”

The new club is deeper than it is wide, and is 475 cc’s so its easier to hit, but of course, no surprise – it’s bigger than the USGA rules allow.  “So we broke about maybe two or three rules with that driver, but when you hit it, you hit it solid,” Felker said.  “We use physics and science, and we just ask the question, what does this golfer need to hit the ball longer?  Straighter? And to check it up on green?   They also want a ball that will go into the hole, but we haven’t figured that one out yet,” he laughed.

So how does Felker address his critics?

“To the golf puritans who say, ‘it’s cheating’ or ‘it’s not even golf,’  (I say) what’s the big deal?  We’re just trying to help people have fun, and we’re making the game better for the better golfers because they don’t have to wait for the poorer golfer.

Low-handicap straight shooters won’t see much benefit from the Polara, although Felker says they should put some Polaras in their bag, and when someone in front of them is slowing down play because they have a hook or slice, they should give it to them, and say, ‘here’s a golf ball that will help you have more fun.’”

“We need to encourage people to have fun, and some of those people who have fun initially will show some extra talent,” Felker said. “They’ll practice a little harder and they will gravitate toward playing by the USGA rules and they will compete in amateur competition and they will try to become the best golfer in the world.  That’s how it happens. You can’t legislate this to happen. It just happens.

“Whether we have the Polara golf ball or not, those people are still going to exist and they’re going to shoot for the top. All having (this ball) and other recreational products is going to do is keep more people in golf; bring more people back to golf.  Ultimately it’s good for the game.”

“I respect the USGA and I hope they continue to rule at the top level,” he added.  “At the top level, you want the best golfer to win.  You want that golfer to have the best technique, the best dedication, the practice.  You want it to be about the athlete.  But for the recreational golfer, you want to try to relieve some of the frustration, so they can go out and have a fun time.”

Polara golf balls can be purchased at major retailers nationwide or through the Polara website www.polaragolf.com  plus, they comes with 100-percent money back satisfaction guarantee.