We have a winner! The fabulous prizes mentioned below (that is, the givaway within the sweepstakes prizes) will be heading to Randy Toney of North Canton, Ohio. Congratulations, Randy, and thanks to all who took the time to play.

Randy, and all but one person who was clearly guessing and guessing wrong, correctly answered all three questions. Namely:

1) That the ABV of Warsteiner Premium Verum is 4.8%

3) That Peter Hanson won the 2012 KLM Open and is therefore the defending champ.

Randy is more of beer fan than a golf nut, as a shoulder injury keeps him from playing. But, he said, “I enjoy watching golf very much [as] I still enjoy the game.”

The shoulder problem has not kept him from bending the occasional elbow, and he offered this unsolicited testimonial for Warsteiner: “I have enjoyed drinking it for many years.  I found that while I would travel the world for the company that I worked for I could most often find Warsteiner in whatever country I was in at the time. Now I don’t travel for work anymore, but I still like my Warsteiner at home or when out with my wife and friends. We know all of the restaurants that carry Warsteiner and frequent them often.”

Thanks to Warsteiner for suggesting the contest. It was fun and painless and who knows, maybe we’ll do something similar again.

Okay, golf and beer fans, this is a giveaway within a sweepstakes, so to speak. The U.S. reps for Warsteiner beer recently contacted me, undoubtedly because of my stature as the world’s greatest golf and beer writer. Would I like to offer readers a golfcentric giveaway, spotlighting the brewery’s sponsorship connections with the European PGA Tour and a sweepstakes it is holding in that regard?

Why not?, I said, especially if you’re willing to send along some beer for review. And so they were. This is the giveaway. For the review, click here.

What I’m giving away to one smart and lucky reader is a package including a Warsteiner branded golf cap, a sleeve of Warsteiner golf balls, and a Warsteiner bottle opener and glass. (The latter a preferred glass for beer tasting, as astute readers of my Basic Beer Imbibing piece know.)

All you have to do is
1) be over 21 and
2) answer a few questions correctly. I’ll throw the names of correct responders in a Warsteiner hat and pick one by, let’s say, August 1. 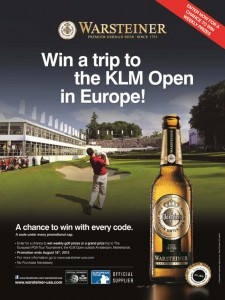 Warsteiner is offering even more fabulous prizes in the sweepstakes going on right now. In addition to golf prizes being handed out weekly, the grand prize is a VIP Trip to the KLM Open in the Netherlands in mid-September, 2014. Entry codes are, at this very moment, under the bottle caps of specially marked six- or 12-packs of Warsteiner Premium Verum or Dunkel, giving you a chance to enter weekly through August 18 at the Warsteiner USA website here, and where you can also learn more details about the sweepstakes.

As for our little giveaway, all you have to do is answer the following questions correctly, and respond to me by email (bedell@svcable.net) rather than in the comments section. All comments are always welcome of course, but you don’t want to give away the answers there, do you? Here we go: 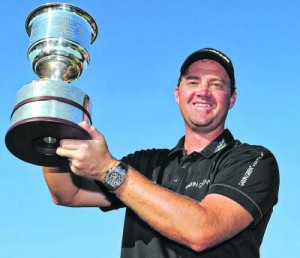 Why is this man smiling?

3)   Who is the defending champion of the KLM Open?

I’ve included a little more about the brewery at the review site, but the company has partnered up with the European PGA Tour since last year, as an important part of its sponsorships. They upped the ante this year with a significant presence at the BMW International Open that just concluded in Munich on June 21, and will do so again at the KLM Open in September.

The KLM Open was founded as the Dutch Open and held annually since 1912, save for the war years of 1913-14 and 1940-45. It will be held this year at the Kennemer Golf & Country Club in Zandvoort, outside Amsterdam. Warsteiner happily points to the most recent German victor, Martin Kaymer, in 2010. Bernhard Langer won the title three times in three different decades: 1984, 1992 and 2001. Winning Americans included Payne Stewart (1991) and Scott Hoch (1995).

The 2014 site hasn’t been confirmed yet, but it will be the 95th anniversary of the tournament and two grand prize winners of the sweepstakes (to be selected on August 19) will receive round-trip airfare, five nights of hotel accommodations, VIP access to Open sites–and presumably all the Warsteiner one could desire. 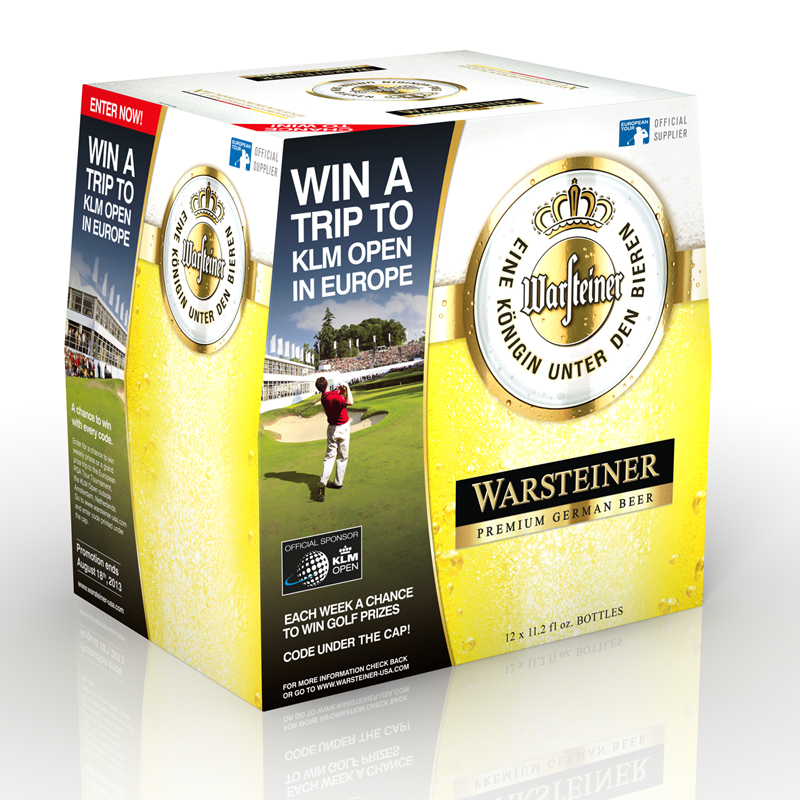 3 Responses to “Warsteiner Has Balls Update”