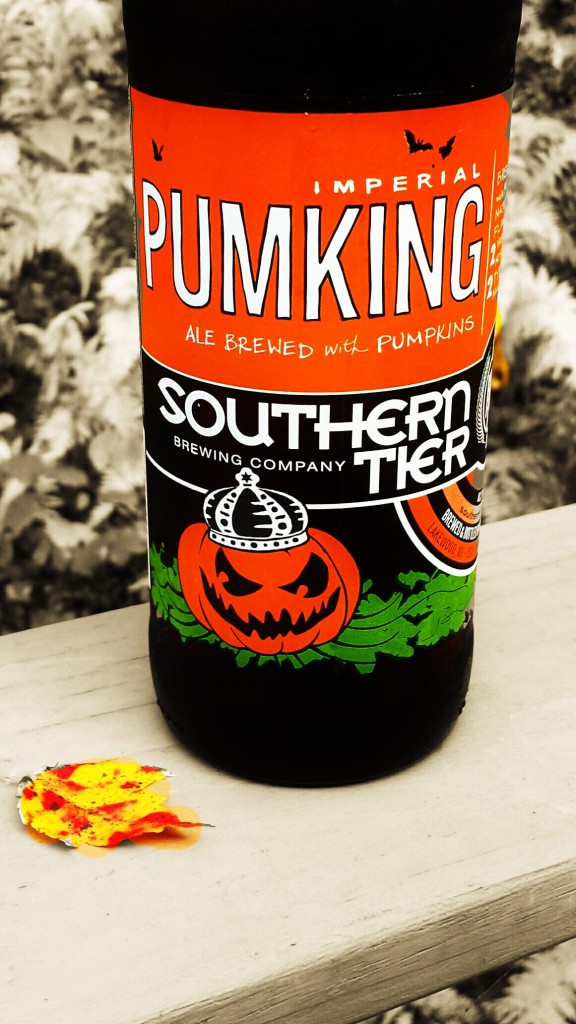 [Oct, 27, 2014]–“Well, well, well. Look at what day it is,” Meg Boogity tweeted. It was October 1. Though Pumking was released in August, we had made a pact to wait until the more appropriate month for such a beer and then do an online tasting.

Online is our modus operandi; I’ve never met Meg. I know her only through Twitter and, more lately, Untappd. I hope we’ll hoist one together in person one day as I have with a few other far-flung social media friends. But you never know—it’s social media, after all. Though I’ve been pretty fully involved for years now, it remains a bit unreal and incorporeal.

I recently told my eight-year-old granddaughter—who was checking her Instagram account at the time—that when I was her age there was no Instagram, no Facebook, no Twitter, no Androids or iPhones or even cell phones, no cable television, not even any remote controls. We actually had to get up off the couch to change to one of the seven or eight channels we had. All in all, it was a statement that instantly ushered me into Old Fartdom, with a predictable response:

“How did you live, Grandpa?”

Kids. As the single mother of twin five-year-old girls, Meg knows all about them, and they’re the subject of many of her funnier tweets:
> I highly recommend parenting to anyone who enjoys yogurt-covered blankets and being told they’re mean.
> “We cleaned our room,” they say. “Don’t look in the closet,” they say.
> Last week my girls argued over who’d marry Kyle from preschool. This week neither likes him bc he doesn’t share. I should be taking notes.

Other Meg tweets are more aphoristic, or literary, or bits of esoteric wrestling with the complexities of her heart and head. I forget who began following whom a few years back, although I suspect a cute avatar and a professed love of beer was all the persuasion I needed to hit “Follow.” I’ve been doing it ever since along with 2,500+ other fans.

I skip over her NE Patriot tweets as I’m sure she does my golf reports. I suspect from vague hints that we’d disagree politically. But we’ll always have the beer. Meg confesses to the odd cocktail or bottle of wine and so falls short of total beer geekery. But she’s an avowed hophead, happily riding the country’s IPA wave. 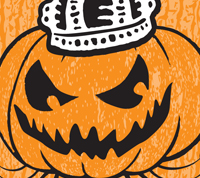 Neither of us are huge pumpkin beer fans, and wish they’d stay out of sight until the witching month rolls around. (I still marvel at some other social media friends I’ve also never met, the ladies at @RateMyPumpkins who plow through 61 pumpkin beers in 61 days, from September 1 to October 31. If someone has to do, I’m glad it’s them and not me.)

Meg’s daughters prompted this tasting. In a succession of August tweets she said, “My kids forced me to buy pumpkin beer last week… shouting ‘It’s Pumpkinhead!!’ in the grocery store.” “I owed them something after they tried to get me to buy [Shipyard’s] Melonhead all summer and I refused on the basis of, ‘It sucks.'” “My compromise was that I bought a large bottle of Pumking….”

I said I might try Pumking again as it was an even-numbered year, and we hatched the plan. (Although I wrote about Pumking last year in a Wolaver’s Pumpkin Ale review, I never actually got around to drinking one.) Meg faltered in mid-September: “Feels so much like fall I’m almost tempted to crack into my Pumking tonight.” But she recovered, and we held off until October 2: 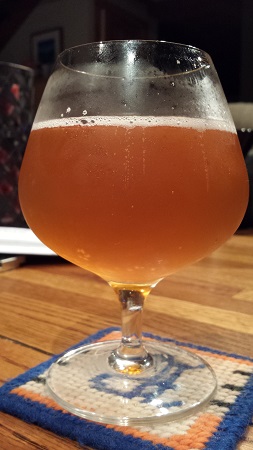 “Okay, it’s go time,” she wrote and dove right in while I pottered around admiring the orangey color and a decent head and giving it a sniff.
M: Well worth the wait. Cheers.
T: The head died pretty quickly….
M: Same here, very quickly. Tastes good though.
T: The nose is pretty wild. Lots of pumpkin pie spices, but I’m also smelling… coconut?
M: I’m getting that, too. Maybe that’s supposed to be the pie crust.

The busy bottle label suggests the flavor should include malty sweetness, pumpkin pie and pie crust, and that the entire enterprise is brewed “with a pagan spirit.”
T: Now that I’m actually reading the label, it’s probably the vanilla. That or the pagan spirit.
M: Let’s go with pagan spirit.
T: Fair enough. I have to say, this is one beer that actually makes me laugh when I drink it because it’s so far off the charts.
T: Not that that’s a bad thing, necessarily (although I know many think it is). I like the unrestrained, what the hell gusto of it.
M: That’s pretty high praise!

Southern Tier has brewed Pumking since 2008, and it always seems to engender love-it-or-hate-it responses, with little middle ground. But however one feels about it, the beer really put the company on the map and has led to its ongoing expansion in recent years and distribution to more than 30 states.
T: I remember thinking the year before that the beer was downright creamy, as though it were the pie with the whipped cream, too.
M: I don’t remember enjoying it this much last year. It stands out from the rest.
T: I’m sensing less of that this year and getting more of that vanilla or coconut. Er, or pagan spirit.
M: I like it. This is working for me. 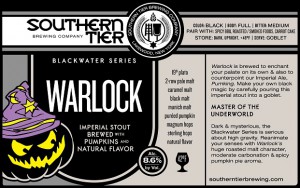 The rest was not exactly silence, but a general drowse had set in. A few nights later I tried Pumking’s dark lord evil twin, Warlock, which debuted last year. This one is an imperial stout with a touch more sweetness and roasted notes than Pumking, but otherwise similar aromas and flavors, also at 8.6% ABV. I’ve seen a few suggestions about blending the two beers and calling it Warking, and that leads us to the commercial plug portion of this report:

On the usual first Wednesday of the month, Wildwood Barbeque is having its usual Tap Takeover night. On Wednesday, November 5, Southern Tier will commandeer the taps beginning at 5 pm. While usually there to help my son-in-law pour, I’ll be out of town this time.

[Reminder, this is an old review. The 2017 ST tap takeover at Wildwood is Thursday, Oct. 26, beginning at 5 pm. And I will be manning the taps.]

The Pumking will be in the house, though. If the Warlock is absent, Southern Tier’s dark, robust Porter will be on hand. I might suggest blending those two and calling it Porking. As Wildwood is a barbeque venue, no notions of indelicacy will be entertained.