In mid-September the Farrell Distributing Company of Vermont struck a deal with g.housen Inc. of New Hampshire to take over the latter’s Vermont portfolio of beers. It may all work out just fine in the end, but while all the i’s were being dotted and t’s crossed, one glitch stood out: Anchor Brewing’s annual Christmas Ale was among the missing. 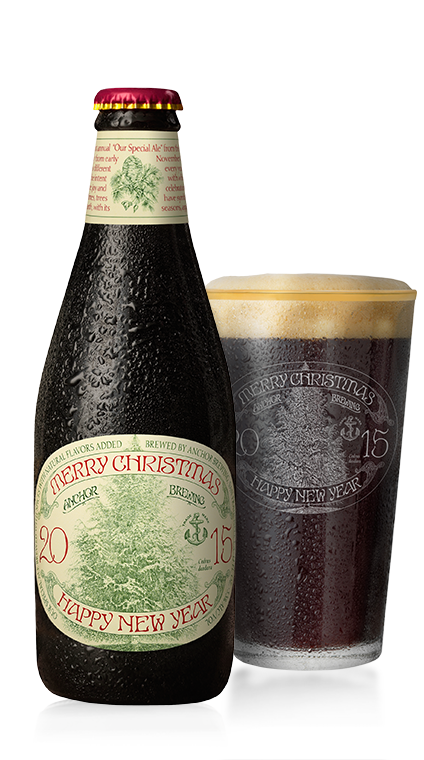 Usually on shelves by Thanksgiving (and generally lasting there through January of the New Year), the beer was conspicuous by its absence. Naturally, this put on hold any plans to rev up another edition of The 12 Beers of Christmas.

The 12 Beers of Christmas? For anyone new to the notion here, all was explained yesterday when The Session #106 fortuitously took up the subject of Holiday Beers.

In brief, I’ve taken up 12 different holiday beers or winter warmers each of the last three years and written them up in some fashion. (A reprise of The 12 Beers of Christmas 2014 has links to each of the 36 beers of 2012-2014.)

Now we’re off and running again, as the wait for the Anchor Christmas Ale came to an end today; I picked up a six-pack and, to cut to the chase, I’ll be going back for more. This is the best version of the beer in a long time.

It’s not radically different from recent editions. The beer is still almost opaque in the glass, with ruby tints. It still has its spruce-like snap in the aroma and palate, but less aggressively so, a good thing. As usual Anchor is tight-lipped about the “spices and natural flavors added,” though it’s probably safe to assume ginger is still absent, even if suggested in the flavor. (Brewer Mark Carpenter let slip last year that ginger has never been used in the recipe. Not to say they couldn’t have thrown a curve this year and dropped some in.)

What’s more appealing this year is a touch more sweetness, stronger fruit aromas and flavors—sour cherry and prune—with a bittersweet chocolate note weaving in to create a remarkable sense of depth and complexity in a 5.5% ABV beer. It’s Anchor at the top of its game, and a wonderful example of a holiday beer. 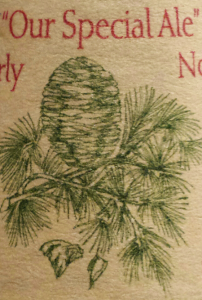 And in keeping with a tradition that has now gone through 41 iterations, there’s a tree on the label, once again drawn by artist Jim Stitt. The Deodar Cedar (Cedrus deodara), is a coniferous evergreen. A few examples were found close to home this year, near the parking lot of the Anchor brewery, and Stitt has rendered the tree in green and ghostly hues. Ghost of Christmas Present, no doubt.

The tree is fast-growing and tolerant to drought, which could came in handy in California. Indeed, the Deodar Cedar is sometimes called the California Christmas Tree. It can grow to 70 feet tall, and 20 to 40 feet wide. Not too handy for a living room. But it’s looking pretty good at 2.5” x 1.5” on the 2015 label. 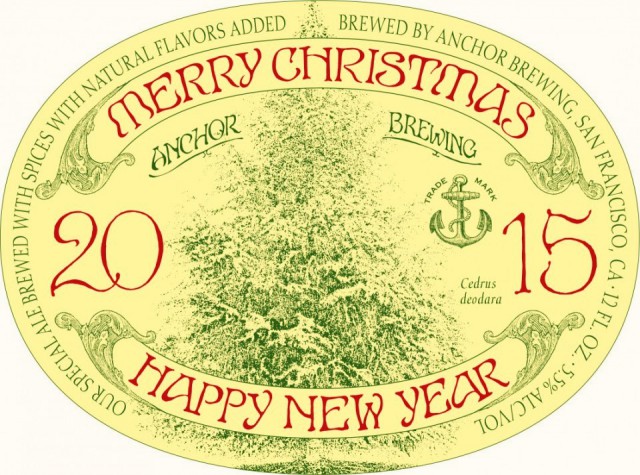