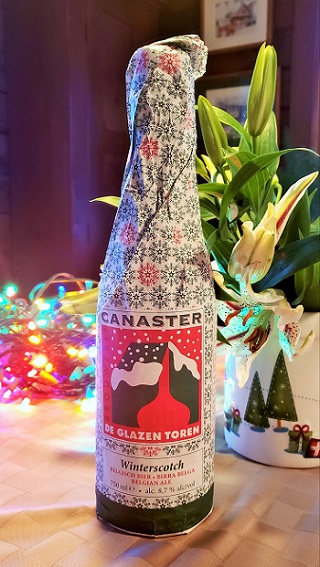 All the bottled beers from the Brouwerij De Glazen Toren in Erpe-Mere, Belgium, come wrapped in paper, and the Canaster Winterscotch, with a red and green snowflake design and snow gathering on the brewery logo, appears to be right out of the Christmas gift wrapping department. Or should I say the Festivus department, since today’s the day?

Anyway, it’s a pretty bundle, although also a little confusing, in that the wrapping indicates a beer of 8.7% ABV, but the label on the unwrapped bottle shows 9.5% ABV. Gauging by the way my lids are lowering, I’m guessing the latter is more accurate, added to the fact that earlier editions of the beer were 8.7% and the “Bottled on” space on the wrapping is left blank. Good chance, as with the Fantôme Hiver of a couple of nights ago, it’s a question of a small Belgian brewery wondering what to do with a lot of excess packaging material.

De Glazen Toren is named after the street it is on in the small Flemish town of Erpe-Mere, Glazentorenweg. Glazen Toren actually translates as “glass tower,” and once upon a time that’s apparently what the farmers would most likely see when wheeling their goods up the narrow path—the glass tower of a pub, affording a lively view of the prostitutes awaiting customers.

Less profane is the origin of Canaster, named after a brew once made at the Carmelite Monastery in nearby Aalst. According to the brewery, it “revives at the end of the year as Winterscotch, a beer for long winter evenings. Dark caramel malts give it a warm aroma and a rich flavour.” There’s some wheat malt in there as well, dark candy sugar and Aalst Hallertau hops.

The winter nights are now officially growing shorter, though they’re still plenty long. So I had high expectations for the beer from what I’d read about it and the brewery, which began in 2002. There are three principals involved, including a well-known Belgium beer writer, Jef Van Den Steen. 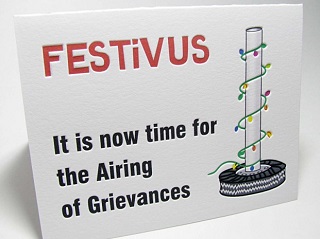 But the beer, while perfectly drinkable and certainly warming, didn’t live up to my expectations. I suppose we could consider this my Airing of Grievances. A virtually opaque yet still brown beer, Canaster is clearly highly malted, but it offers little such sweet charm in the nose. It’s possible I just had a bad bottle, but what aroma was there seemed pretty thin. (Well, my wife thought it smelled like the ear drops her mother used to administer to her in the long ago, but that wasn’t a pleasant scent memory for her.) 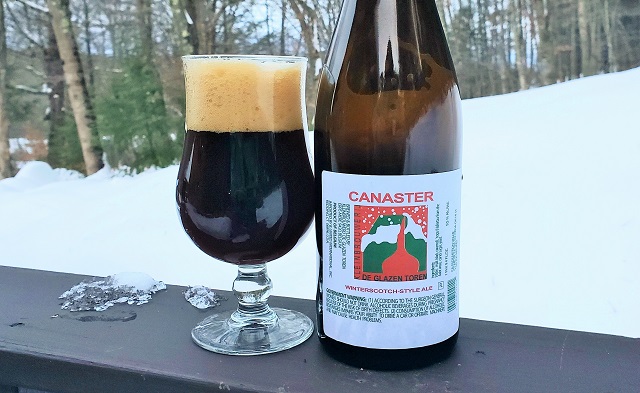 The flavor seemed herbal, a touch sour, acidic, with a decent carbonated bite. As the beer warmed up I finally started to perceive more of a caramel malt note and a hint of dark cherries, but by then the thrill was gone. I finished all 25.4 ounces, to be sure, but the beer just never rallied around the Festivus pole for me. 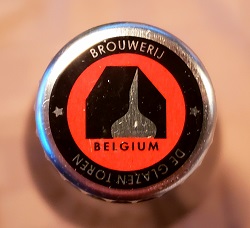