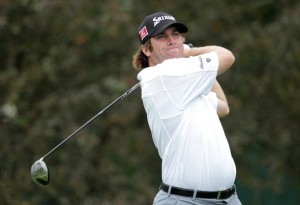 New England isn’t exactly considered a hotbed of golf talent. Not like, say the Carolinas, Florida or California

We’re buried knee deep in snow for three or months of the year and have to battle lousy weather at various intervals the rest of the time. Still, there have more than a few top professionals that have come out of the region, most recently Vermont and Massachusetts product Keegan Bradley, who shocked the world by winning the 2011 PGA Championship.

There have been others, like Brad Faxon, Billy Andrade and Dana Quigley from Rhode Island, the great Julius Boros, as well as  Ken Green and Brian Claar from Connecticut, and Paul Azinger, Paul Harney and Tim Petrovic from Massachusetts. Bay State products Fran Quinn and Jim Renner are rookies on this year’s PGA Tour and James Driscoll has been at it for several years.

So, how about a little respect for New England golf? I was talking with Boston native and PGA Tour player Jim Renner this week and he agreed

“I don’t know what it is really,” said Renner, who was born in Boston and still considers himself a New Englander, even though he now spends most of his time in Florida when he isn’t competing on Tour. “Maybe we have a bit of a chip on our shoulders because we want to prove that we can play with the rest of the country. But Keegan winning the PGA Championship was a huge boost for New England golf and I’m so proud of him. We text one another and keep in contact as much as we can, although his schedule has gotten a lot busier these days.”

He adds, “When people think about players from New England maybe they think that we aren’t supposed to be that good because we don’t get to play year-round growing up. But not playing during the winter gave me the itch to really work hard and get out as much as I could when the nice weather came around. Maybe we want it a little more than people from other parts of the country?”

The 27-year-old Renner, who turned professional in 2006, was 157th on the money list following the PGA Championship ($342,763). He missed out on the Fed Ex Cup Playoffs but was planning on playing a Nationwide Tour event to warm up for the PGA Tour’s Fall Series. He’s hoping to earn enough money to finish within the 125 cutoff number on the money list and automatically retain his full playing privileges in 2012.

Renner has posted two notable finishes thus far in 2011, a tie for fourth at the Viking Classic, where he fired a 62 in the third round, and a fifth at the Reno-Tahoe Open. He was in the hunt down the stretch in both events and pocketed almost $270,000 from the tournaments.

“I thought I played well at the Viking Classic,” said Renner, who gets home to visit family and friends whenever he can. “I just thought the guys who finished ahead of me played a little better. I was disappointed in myself at the Reno-Tahoe Open because I felt like a let a few shots get away from me that wound up being costly. But it is good to be in those situations with the tournament on the line because the PGA Tour is the best learning ground for young players.”

Renner owns a rare distinction of sorts. He’s won a New England Grand Slam, taking the Massachusetts, Vermont and Rhode Island opens in 2008 and the 2009 Maine Open. He also won the 2010 NGA Hooters Tour’s Sunset Hills NGA Classic, one of two career wins on that Tour. As an amateur, he was a 2005 and 2006 NAIA first-team All-American, and the 2005 NAIA Player of the Year and individual national champion.

He attended Bishop Feehan High School in Attleboro, Ma., where he was a two-time Boston Globe Player of the Year. He won team and individual 2002 state championships and captured the 2001 Massachusetts Amateur Championship.

Renner picked up the game at the age of 12.

“I played all the other sports and then one fall I thought I would fool around with golf. It was fun and me and my friends would play at Foxboro Country Club, where we loved to hang out and play. I grew up at Foxboro and once I got my PGA license I worked at Highland Country Club in Attleboro where I’m a member. I play there whenever I get home.”